“How much should I charge for this?”

While talking about money might still be taboo in some circles, there’s no way to get past the fact that your livelihood depends on charging for the work you do and the products you’ve made.

But ‘value’ is one of those complex terms that gets thrown around in such a simple way, but is actually incredibly complex when you get into it.

Many people fall into the trap of following the Labor Theory of Value, thinking that the value of a service is determined by the amount of labor that goes into its production. It’s why we’re willing to spend $12 on a jar of jam because it’s labeled as ‘artisan’ or ‘craftsman’. We assume the ‘artist’ put in more work than a ‘manufacturer’.

On the other end of the spectrum are those saying that value is in the eye of the buyer, and if someone is willing to pay what you’re charging, then that’s a valid price.

But what our armchair analysis of value fails to recognize is that miss the mark on pricing either way and you just might kill your business.

Smart pricing is deliberate. It takes into account all of the work you’ve done to understand your audience and build your businessand crafts an offer than feels honest, acceptable, and most of all, valuable.

But how do we get there? While so much of it will depend on your business model and research, there are some enduring studies that can help us understand just what someone sees when they look at your price tag.

1. What you see is what you want

Thanks to a human tendency called anchoring, when it comes to displaying a price, what you see first is what you want in the end.

Anchoring or focalism is a cognitive bias that says we rely too heavily on the first piece of information offered (the ‘anchor’) when making a decision. If you’re negotiating or justifying a transaction and see $20 first, you’re more likely to end up closer to $20 than $30 in the end.

So how do you use this to your advantage?

In one seemingly counterintuitive example, an analyst at McKinsey found that when a semiconductor manufacturer put out a new product, instead of lowering the price of the older offering (like most of us would), they raised it. Not only did they make additional profits off selling old stock, but keeping the anchor price high made new buyers more likely to pay the amount asked for a new product.

2. How your price sounds (and looks) is incredibly important

There are numerous studies into how the presentation of a price affects how we feel about it. Tiny nuances can change whether someone believes you’re providing them with value or not.

Here’s a few of my favourites:

“Thanks to processing fluency, people will perceive your price to be smaller if you display that price in a smaller font. This tactic is particularly effective when you contrast your price with a larger sized reference price.” —Coulter & Coulter

Have you ever felt buyer’s remorse? That sudden feeling after a purchase that you’ve made a terrible, terrible mistake?

Buying good and services may feel good eventually, but we all suffer from a moment of purchase pain at the moment of transaction due to the fact that we’ve made a decision to do something now that will effect what we can do in the future (we paid $20 for something, which means we don’t have that $20 for other spending).

In a study from MIT and Carnegie Mellon University, researchers found that this pain emerges from two factors:

So how can you change your pricing structure to relieve pain? Think about Uber.

In a traditional taxi you watch as a meter ticks up, higher and higher, during your ride and then have to physically fork over cash at the end of the trip. With Uber there’s no meter and no visible transaction. Everything is out of sight and out of mind.

Prepayment is a powerful way to keep buyers happy and satisfied with your service.

We all want to make the most we can, but what if there was a way to raise your prices without your customers noticing?

Weber’s Law says that the the change in a stimulus that will be just noticeable is a constant ratio of the original stimulus. What does that mean? Basically that all changes, including price, are relative to their starting point. The most simple example is that you have to yell to be heard in a loud room but a whisper will do in a quiet one.

Sounds basic, right? But what this also means is that there’s a threshold from the original stimulus (such as your original price) where the change isn’t noticeable.

Marketers swear by Weber’s findings, and while there isn’t a magical number, most people have settled on 10% as the amount that people start to notice. This means that you could potentially ‘creep’ your price up 2%, 5%, 8% without most people noticing.

It also means to make people stand up and notice a deal, you need to drop by more than 10%.

5. Don’t compete on the lowest price (without adding context)

The worst case scenario of competing on the lowest price is that you win. The second worst is you don’t.

While going toe-to-toe with the competition means you might ‘win’ the market, studies from Stanford have found that comparative pricing can actually have a negative effect if you don’t give people a good enough reason to compare prices. Without context, you’re asking your customers to make explicit comparisons of your product and a competitors, which in turn can cause them to lose trust in what you’re saying.

The Stanford researchers found that without context as to why your price is the lowest, the mere fact that you’re asking a customer to make a comparison causes them to fear they’re being tricked in some way.

While these studies might help us understand the why behind how customers feel about prices, they don’t negate the true test of any product: the real world.

“You can’t ask people who haven’t paid how much they’re willing to pay. Their answers don’t matter because there’s no cost to saying ‘yes’ ‘$20’ ‘no’ ‘$100’. They all cost the same—nothing.”

“The only answers that matter are dollars spent. People answer when they pay for something. That’s the only answer that really matters.”

Lastly, you can’t know what to charge without knowing what you spent to make your product. That’s why we built a simple and easy suite of tools that will tell you how much your logo, website, or app idea will cost to make in under a minute.

Check it out here. 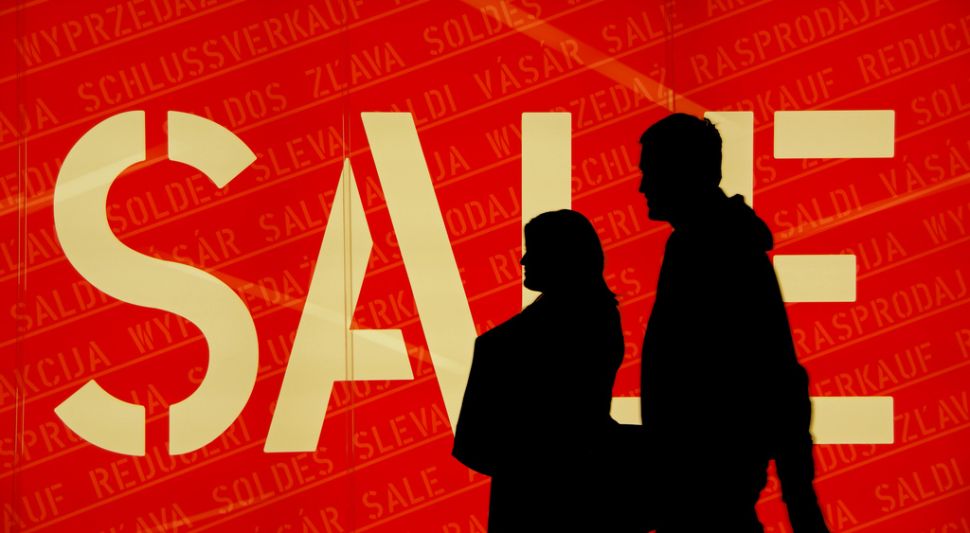