Typically, when an event like this starts, there’s some kind of introduction, but Stosuy and MacKaye walked out into the company’s little auditorium and just started talking. MacKaye took the lead from the beginning and asked what he said he was sure most of the people in the room were wondering too: what is TCI? (Ostensibly, MacKaye was the interviewee, but he’s punk rock.)

According to its website, TCI will begin publishing in September. Each day will feature just one interview, accompanied by just one photo of the subject (unless it’s a visual artist, and then the editors might add a photo of his or her work). The editors will try to publish posts across the week that connect with each other, though it’s not clear that they will spell out for readers just how. The small team has 47 interviews in the can already. The interview with MacKaye will be transcribed, edited and featured on the site.

“One thing we’re trying to do is avoid pitching something within a hype cycle,” Stosuy said. So the site will pass on musicians with new albums or writers with new books. The goal will be to talk about a creator’s whole career, and where she might be headed. He wants to find interesting new ways into the conversations, too. For example, he said he opened his conversation with poet Eileen Myles by talking to her about how she uses Instagram.

Stosuy described how he’s been talking to musicians for a long time, and he found a lot of them who don’t seem to really know why they are doing what they doing (unless they are satanists, then it’s for Satan—Stosuy has covered a lot of metal). MacKaye jumped in here to say that the musicians he likes are the ones “who don’t have a choice in the matter.” They can’t help but make music. They need to.

The uneasy and ever-blurring dividing lines between the media industry and the tech industry notwithstanding (as recently explored in detail on Nieman Reports), one might reasonably ask how covering the cost of a publication about art benefit Kickstarter? The first thing to keep in mind is that not long ago it joined the 0.1 percent of U.S. businesses that have incorporated as public benefit corporations, which means it has both a fiduciary responsibility to its private shareholders and to the public good. In its reorganization, it stated five social goals in its charter that it will hold itself accountable to. Three of those five goals mention fostering creativity or the arts.

Additionally, an editorial team could be a way to put the site in front of more established creators. For example, the Observer sat next to a longtime filmmaker who came out to see MacKaye. When asked, he said he’d never sought Kickstarter funding, but it’s something he’s been thinking about. By creating its own media space that really features artists’ whole careers, it could build relationships with more established creators whose work might still benefit from diversifying its funding.

This is not, however, the company’s first publication. For example, it launched Happening in early 2015, a site about its users (now on Medium).

Things could change, but Stosuy made it clear that it will stick to just one post a day, at least until the site has its legs. No video. No podcast. He was quite firm (in his very mellow way) on this point. “I want to read,” he said.

He talked about recently taking a break to work on an art project in Wyoming and largely disconnected while he did so. It’s normal for the longtime digital denizen, now in his 40s, to ignore the web when he’s not at work. MacKaye made a similar point when he described any given online imbroglio as “a fish fight in an aquarium.”  Such an aquatic battle can be ferocious, but no one outside the glass gets wet.

Stosuy said, “I kind of wanted to make something that felt calmer.”

Correction: A previous version of this story mis-attributed the aquarium quote to Stosuy. Updated 1:23PM 8/30/16. 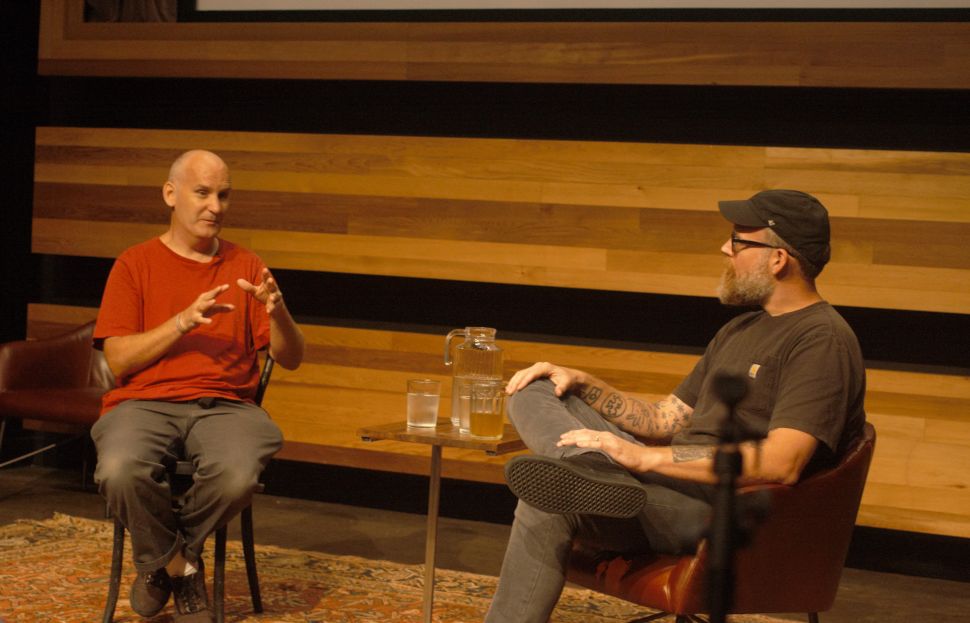