As Frank Ocean finally released not one, but two records this past week, the rollout became a creative exercise in of itself.

First there was the “visual album,” Endless, which demonstrated that Ocean knows how to build a mean staircase in time-lapse. Then, a music video proper in “Nikes”, and finally, a new traditional LP, Blond. Take traditional with a grain of salt, though, as the modern style has quickly acclimated us to expect a new record from our beloved artists with little to no notice (in this case, a New York Times report that startled Ocean and pushed back the album’s release).

What’s gained and what’s lost when we expect to absorb albums this way? As a culprit of digital consumption, I’m in no position to act like a purist. Vinyl’s resurgence in popularity during my college years was well documented, but we saw how silly it was when some of our favorite artists of the 2000s insisted on releasing elaborate picture discs and gatefolds, because the music didn’t always sound better on wax.

The argument for vinyl’s importance as a superior audio format really only holds if the music is mastered from analog audio tapes, where the uncompressed room noise and ambient noodlings wind up on an audible spectrum. I loved The Mars Volta as much as the next dude, but hearing those compressed riffs from the future spinning out of a turntable on a giant Quetzlcoatl picture disc didn’t make the music sound any better.

So the real triumph of vinyl’s resurgence wasn’t the boost in revenue (vinyl currently account for less than 10 percent in music sales) or audio quality (maybe for the old shit reissued in 180-gram, heavyweight glory, but not for these digitally mastered, modern recordings)—the real accomplishment of vinyl’s resurgence was that it demonstrated that, no matter how easy and available music was, people still valued the physical experience of having something to hold.

Like the young liberal arts graduate clutching their gargantuan James Joyce tome on the subway instead of just giving in and buying a Kindle, someone who spends the time, money and space collecting vinyl is doing so as an act of ceremony, as a ritual, more concerned with the depth of the listening experience than simply hearing it.

That’s the amazing thing about Ocean’s album rollout last weekend—he released something that lived in the physical world, too–zine called Boy’s Don’t Cry, that he gave away for free at pop-up shops in New York and other cities.

While Boys Don’t Cry‘s title is simultaneously a nod to The Cure and a wry subversion of those Boy’s Life magazines that went out to the Boy Scouts, the zine serves a purpose much greater than that of a clever promotional artifact or a curio: Ocean’s using the format to deepen his fans’ understanding of his creative headspace over the last four years.

Over the zine’s 366 pages are essays, photographs of Ocean looking ecstatic while standing next to cars (“White Ferrari” is already being singled out as a crucial Blond track) and even poetry.

The most attention-grabbing poem, an ode to McDonald’s by Kanye West, has already garnered the most attention, and to those following West’s frequent antics as music’s greatest troll of 2016, this should come as no surprise. (Funny how West is selling his Yeezy zine, a largely promotional art look-book of his clothing, for 70 bucks a pop at his pop-up shops. Ocean made the smart move by giving Boy’s Don’t Cry for free because it shows fans that he values them.)

More than anything, Ocean’s zine shows that creative types still understand the tremendous value of letting their art live and breathe in a physical medium.

The zine’s greatest gift is a printed playlist of Ocean’s favorite movies and songs as of late, the type of thing we’re now used to seeing digitally. By sharing these recommendations in print he’s putting the responsibility of discovering primarily on fans, forcing them to pore over the lists and do their own digging. Inevitably some dude made this Spotify playlist for easy reference. We can only hope the younger listeners who’ve never heard these classics from the likes Kraftwerk, Gang of Four, or Mazzy Star take some time to listen and feed their heads.

Ocean’s not the first to inject some physicality back into the now-ubiquitous digital album release, even if he is the most famous. Last summer I wrote about a business called REIFY founded by artist Allison Wood. REIFY partnered with the L.A. industrial band HEALTH to produce these awesomely weird, 3D-printed ‘sound totems’ that were available to purchase with new HEALTH single “Dark Enough”. Using Augmented Reality via your smartphone’s camera, you focus on the sound totems while the song is playing to watch it turn into a three-dimensional visualizer, pulsating and changing colors—the artifact given life through technology.

You could write those totems off as a gimmick if you wanted, but you’d be missing the point. For those who sense that something is lost in our relationship with digital music, which too often fades into the disposable background of our day-to-days, physical artifacts like those sound totems are a refreshingly modern solution to regain a sense of real-life interaction with music. “It’s interesting to think of the idea of re-personalizing music,” HEALTH frontman Jake Duzsik told me then. “Wanting to have a continuing relationship with it that’s beyond it sound-tracking your daily life.”

That’s what Ocean is doing, too, and he’s doing it using the storied zine format that turned so many kids onto the new-wave and punk music that glossy mags wouldn’t write about.

So let’s think of Boy’s Don’t Cry as an act of physical reclamation and give the man some credit for valuing his work too much to let it fade into the innocuous digital sonic wasteland. There are other, far more technologically ambitious ways that musicians are reaching for reclaiming a similar physical representation of their work, and you’ll be hearing more from me about that stuff very soon.

As technology and art grow ever more intimately entwined,  music fans are at a fascinating juncture where how we consume affects our appreciation of what we consume—or, as Mashall McLuhan’s famous portmanteau proclaimed on the cover of his book, “the medium is the massage”. How refreshing, then, that some artists continue reaching for ways to make that experience intimate and special again. 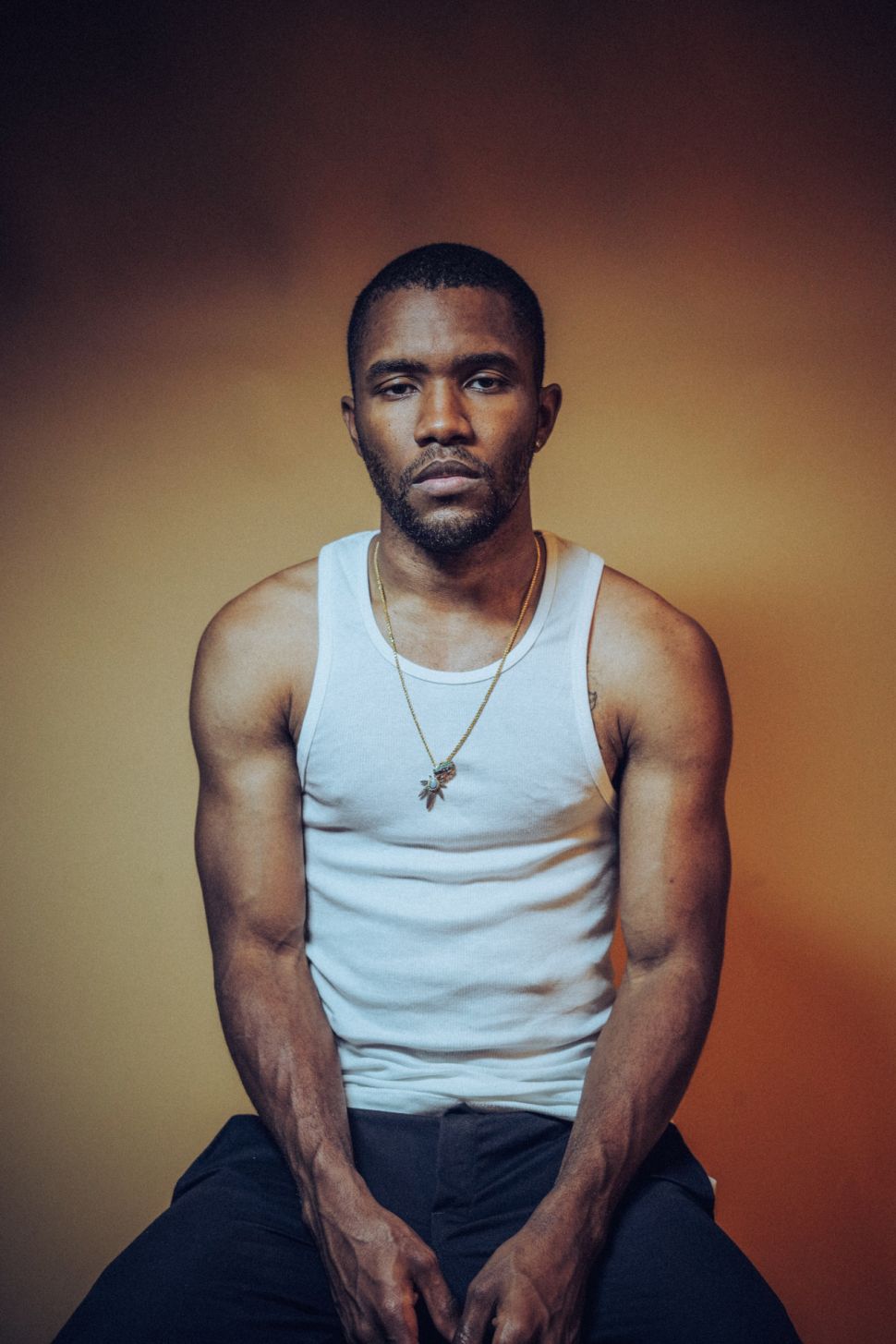