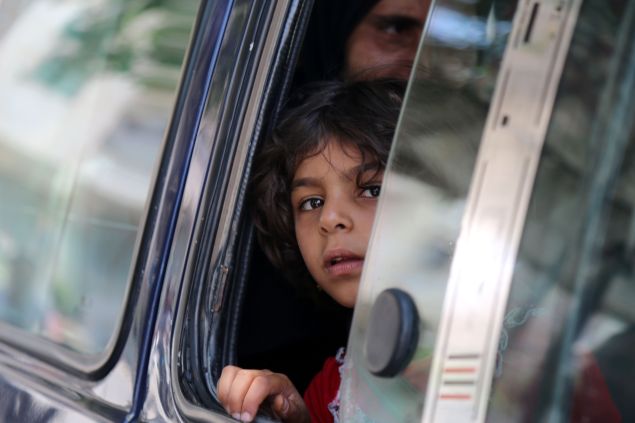 President Obama emerged from a meeting at the Pentagon earlier this month to declare ISIS is being “beaten back” in Iraq and Syria as the terror group’s leaders “know they’re going to keep losing.”

ISIS, he stressed, “turns out not to be invincible” and is “inevitably going to be defeated”—though “military defeat will not be enough so long as their twisted ideology persists and drives people to violence.”

The Islamic State has been working overtime to shape the youngest of minds into that twisted ideology, raising serious questions about what the West will face after the caliphate falls—not just “lone actors,” but essentially a standing army of youths who have grown up subjected to brutal indoctrination under a terror group that’s put intense priority on engineering its heirs.

Of the “complex” issues that will linger, as phrased by Obama, the tragedy of the child soldiers is one of the most difficult considerations in a comprehensive anti-ISIS strategy, yet is not talked about nearly enough. What comes next even if the coalition wipes out every grown ISIS fighter from Raqqa to Mosul?

The ISIS kids have a revered class all their own: “cubs,” so named because they’re told that they’re growing into “lions” of the caliphate. Adult recruits have been encouraged to bring their families to the Islamic State—the more kids, the better. Women are lured for the purpose of breeding more cubs.

Grisly videos and photo essays coming out of the Islamic State show crowds forced to watch beheadings, crucifixions, amputations, lashings and more—with a pint-size contingent of spectators pushed to the front of the pack.

ISIS tailors just as many propaganda releases teeming with candy, ice cream and fairs where terrorists lure local kids with carnival rides, games and treats. They’re eager to show an extra-youthful side of ISIS, kids paraded in front of the camera whose eyes often reflect the fear and uncertainty of their new reality.

The worst part of the ISIS cub program isn’t even the watching—it’s the doing. It’s the young boys who shoot prisoners in the head with a chilling scowl and a jubilant cry. It’s the camouflage-clad tot juggling an AK-47 instead of a Super Soaker. Its kids subjected to horrid hazing rituals that, even if they’re among the lucky who are rescued from this life, will scar them forever.

ISIS has released images of children, many not even old enough for junior high, undergoing weapons training and learning English—it’s no coincidence that ISIS has a fondness for highlighting fair-skinned, European-looking “cubs”—alongside the Quran in preparation for their own operations one day.

Last summer, ISIS released a video of “cubs” training in Mosul, featuring kids who otherwise might be chasing a Pokemon instead engaging in live-fire exercises and sustaining abuse from adult trainers: one broke sticks across the boys’ torsos and heads to test them for flinching, walked across their chests as they lay on the ground and broke a pile of tiles on a boy’s chest with a swing of a sledgehammer. The pre-pubescent to early teen boys were thrown in a cage-fighting ring rimmed with black ISIS flags as the other kids watched, adults with guns standing over their shoulders. Yet another exercise made boys crawl down a path of fake grass under a rounded metal frame as ISIS jihadis fired bullets along their path.

An April video featured a French-speaking boy appearing to be about 10 years old singing a nasheed subtitled in English and Arabic. “Well-armed soldiers are ready to kill you… Our swords are sharpened to slice necks,” he sings. “Beware, men are ready to blow themselves up.”

And as online propaganda targets lone jihadists all around the world, ISIS is starting them young with downloadable kids’ apps in which they can fire cartoon rockets at Western targets.

The British charity War Child estimates about a quarter of a million children are used as soldiers across the world, whether kidnapped and forced into combat or volunteered by their family. The U.S. government has branded the cub program as a fallback strategy as ISIS struggles in adult recruitment, even though cub training has been a priority since the inception of the Islamic State.

State Department press secretary John Kirby told reporters in March that they were seeing ISIS “increasingly” rely on child soldiers for intelligence and conducting suicide attacks. “And now we get more reports about them using children in actual engagements, side by side with adult fighters,” he said, adding it’s an indication “they are struggling with their ability to recruit and to retain manpower.”

But even if droves of twenty-something fighters were showing up on the caliphate’s doorstep, the Islamic State model would still prioritize cubs for the purpose of ensuring al-Baghdadi’s vision of the future. While most see the bloody tradecraft of ISIS, few see the system within the Islamic State to not only indoctrinate children in occupied areas but to literally breed new jihadists.

ISIS is raising kids in a life of terror from a shockingly young age, and breaking the cycle won’t be easy. It’s a sobering reality that anyone declaring progress against the current fighters on the ground must confront. 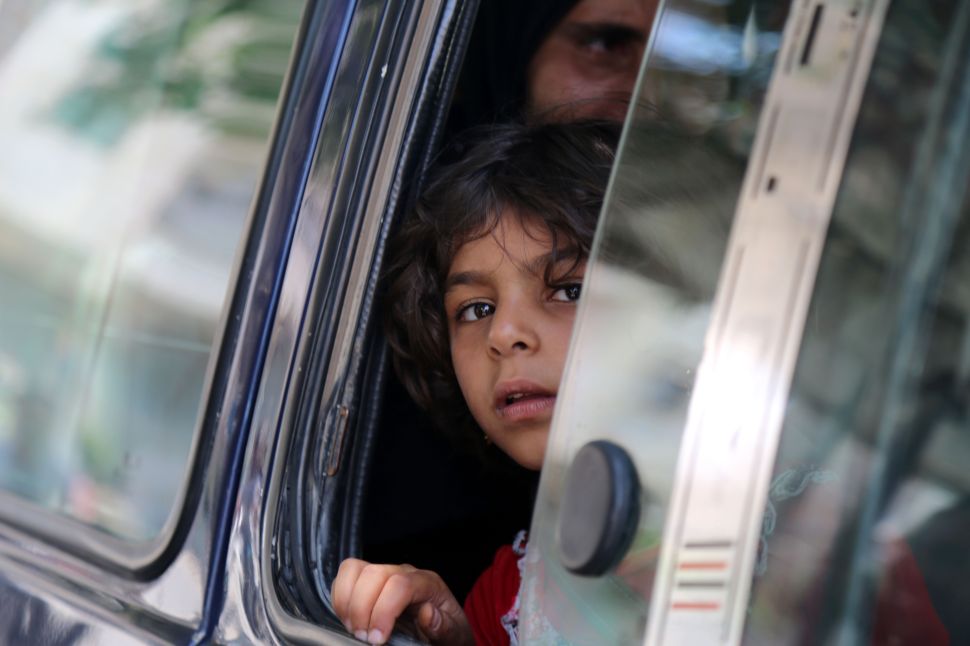