Tom Dixon is the newest addition to Soho’s cobblestoned Howard Street. The store is laden with brass martini glasses and oil slick vases, plus one room entirely covered Icelandic sheep’s fur. However, the best feature of the space is affixed to the ceiling; Dixon has made ornate pendant lamps one of his signatures.

The most memorable light from the range is Melt, which was designed in collaboration with Front, a radical Swedish design collective. “When off, they have an organic solid metallic mass, and when lit they take on a hallucinogenic aura that transfixes the viewer,” Dixon explained to Observer. In fact, the misshapen orb is the product of the vacuum metalizing process, and it was meant to mimic images of the stars captured by the Hubble Telescope. It’s one far-out way to light up a room. 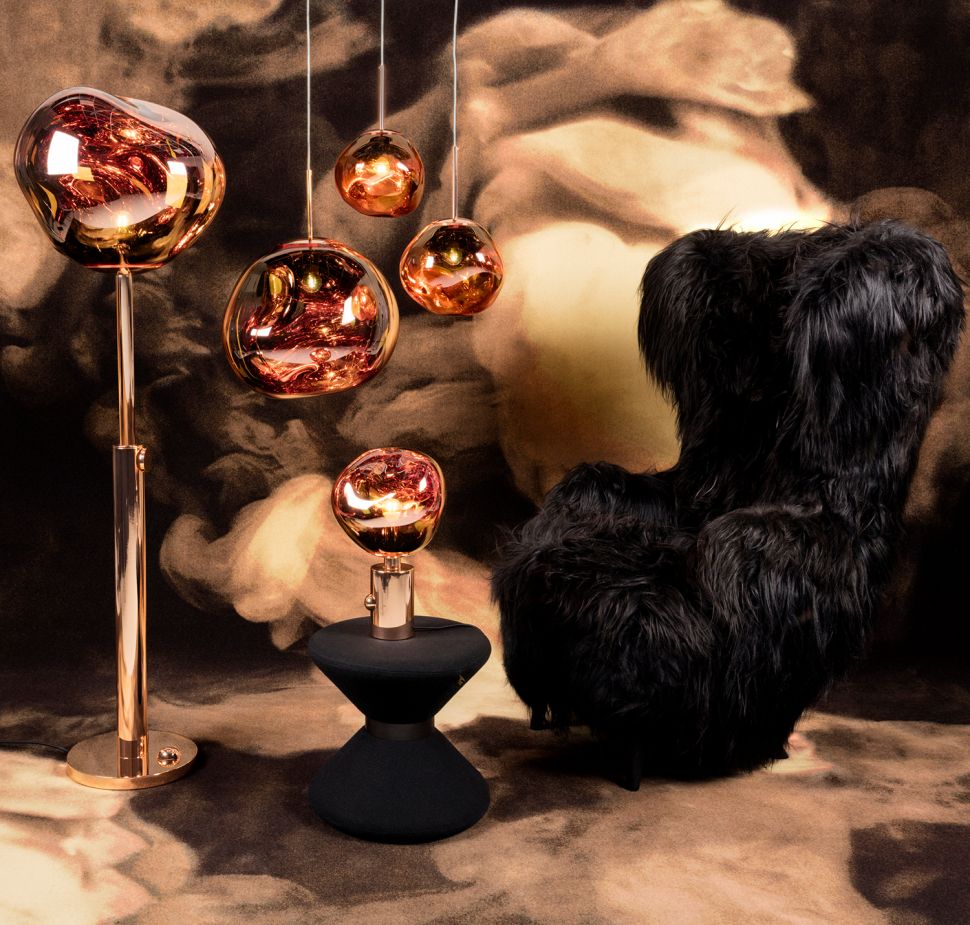