But as that last case illustrates, a language is an ecosystem, and words, like species, may be predators or prey, hosts or competitors. They arise and thrive or decline and disappear under the influence of these relationships. If ROFL finally goes viral, it will likely be at LOL’s expense.

Even the words for familiar biological species are losing ground. Last year, 28 prominent authors and nature writers signed an open letter decrying the excising of such terms from the popular Oxford Junior Dictionary. Since 2007, they noted, the OJD had dropped 30 plants and animals that were staples of childhood play and imagination from its 10,000 entries. Acorn, almond, beaver, blackberry, clover, fern, ferret, leopard, lobster and magpie, among others, have yielded their places to the likes of analogue, broadband and chatroom. Such losses, the writers complained, only worsened the loss of natural connections in today’s sedentary, alienated, “increasingly interior, solitary childhoods.”

Alarmed nature writers aside, few decry the loss of words. But each passing, like each new term, marks a small cultural passage. It leaves a hole in the linguistic fabric just as the woolly mammoth did in the natural fabric.

I don’t mean archaisms such as halm, ratchel and bepopulate. They will always have a home in Cormac McCarthy’s novels; all those and more occur in his Blood Meridian. What’s being lost are workhorses that everyone knows but fewer and fewer use. Fewer itself is a prime example: It and fewer than are giving way to less and less than or below. The complementary more than is losing out to over after centuries of seesaw coexistence.

No big deal, say linguistic descriptivists like Steven Pinker: Everyone still gets the meaning. Unless they don’t. If I had written “less and less use” four sentences back, would you wonder if I meant to describe terms “that see less and less use” but omitted a couple words?

Language doesn’t just convey the meanings at hand; it reflects, inflects and reinforces ways of thinking and seeing. Fewer and less mark an important distinction between quantity and number. That distinction gets smudged, to dehumanizing effect, when we speak of, say, “less than four children.”

“More than” already covers both number and quantity, and it’s giving way to an even less precise term. So is meat, a word that apparently now makes even many who eat it squeamish. A potluck host offers to provide the “protein” if others bring sides, and a nutritionist interviewed on NPR speaks of “protein, fish, dairy” and other food groups. Carnivory is becoming the diet that dares not speak its name.

Restaurants haven’t yet substituted “protein” for “beef,” “chicken,” etc. on their menus. But their waiters are the cutting edge in an even more grating word shift: the demise of the gracious “You’re welcome” and the rise of the dismissive “No problem.”

Bureaucratic speech also continues to work its damage, for all the best efforts of George Orwell and his successors. Conventional wisdom says that usage tends to shift toward simpler, shorter words. In fact, the pretentious, clunkier terms beloved of writers of official reports still push out their pithier brethren. No one is “obliged” to pay her debts or follow the law anymore; we’re “obligated” to. Why use in, on or to when within, upon and toward can say the same things more grandiosely?

Still, it’s wise to remember that word shifts can be unpredictable. Sometimes words that seem fatally wounded gain new life in different meanings. Descriptivists have tolled the funeral bell for decades for the objective pronoun whom, till it seemed only John Donne and Ernest Hemingway were keeping it alive, barely. Whom’s subjective counterpart who has largely replaced it in objective constructions like “I don’t remember who I gave it to.” But now, like the Republican and Democratic parties, the two have started changing places. More and more constructions are popping up like this one, posted on ResearchGate: “Do you know of anyone whom has created a trait database for northern temperate lichens?”

Still, it’s hard to see how oblige, fewer and more than could gain similar second lives. So bid them adieu. They served us well, as did the blackberries we plucked and the lobsters we savored. But I’m obligated to note that less and less people will notice their absence. Whom knows where the time goes.

Eric Scigliano’s books include Seeing the Elephant: The Ties that Bind Elephants and Humans and Michelangelo’s Mountain. 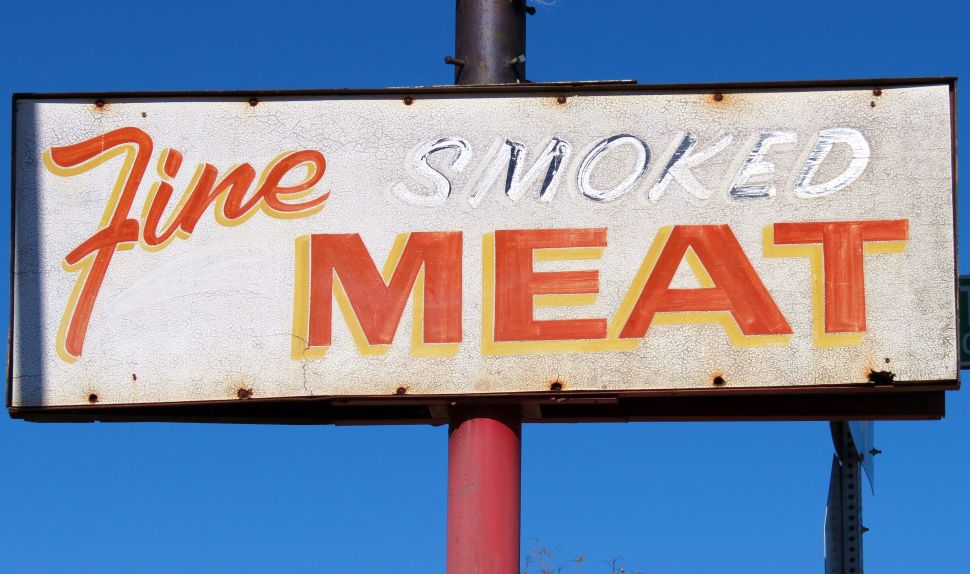