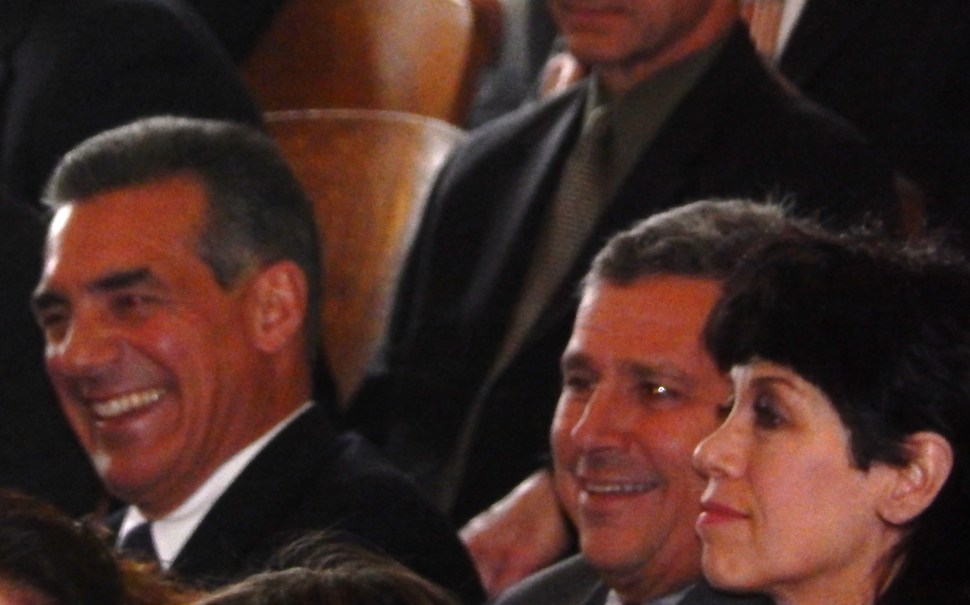 Republican sources say Senator Kip Bateman has another reelection run in him (2017) before he settles into judge’s robes.

He’s butted heads too much with Governor Chris Christie to picture Christie awarding him a judiciary landing spot, but the likeable lawmaker would have a very good chance catching the eye of, say, a Governor Stephen Sweeney.

An insider conversation on the subject earlier today with PolitickerNJ went something like this:

“[Assemblyman Jack] Ciattarelli should wait on a gubernatorial run,” the Republican insider said. “He should wait and run for reelection with Kip in 2017, then take Kip’s seat on the other side of the gubernatorial election once Kip becomes a judge.

“Then he should run for governor in 2021,” the source added triumphantly. “He’ll have empowered himself for a statewide run by becoming the ruler of his domain – the 16th District.”

A Democratic governor wouldn’t have to worry necessarily about Ciatarelli’s promotion muscling him up politically because Democrats could throw the kitchen sink at him with, say, Assemblyman Andrew Zwicker (D-16) when the assemblyman sought a full term as Bateman’s replacement prior to 2021.

Tease him into the senate seat then pick him off.

But if Ciattarelli squiggled through such a full-on district battle, he would have the added benefit of beating the Democrats on his home turf as a launch pad for a 2021 gubernatorial run.

It turns out though that it’s all really academic, as Ciattarelli is running to win in 2017. He’s not waiting. While he won’t go negative on the LG, he’s also not looking to let Kim Guadagno arm bar him into submission with an eye to being remembered as a likeable loser ready to mount future campaigns. Ciattarelli wants to win now, and thinks he has enough district on Christie and that wing of the party to make a statement in the primary, and effectively carve out center-right independent turf in the general.

There’s also no real deep confirmation that Bateman, before it’s all over, won’t want to take his own statewide shot.

But he may keep his options open.

If he does become a judge between 2017 and 2021 and Ciattarelli fails in his own gubernatorial bid, the party could always summon him back to fill Bateman’s seat and start over again.

Not every Republican is thrilled at the prospect of the assemblyman running for governor.

If he loses his primary, Somerset Republicans will have to wade into a general election against a game Zwicker and whoever else the assemblyman cobbles together to give him the best chance of reelection. Deprived of proven vote-generator Ciattarelli district-wide in a general would put the entirety of weight on Bateman and, most likely, 2015 loser former Assemblywoman Donna Simon (R-16).

Bateman is also a proven vote-getter, and has voted in such a way as to smother Democratic comers.

But if Ciattarelli wins a primary next year, and stands at the top of the ticket with a credible campaign, the double impact of Bateman and a statewide ripped Jack could put prove a weightier than expected proposition for Zwicker.