These are tough times for conservative believers in the philosophy of Barry Goldwater, William F. Buckley and Ronald Reagan. They must all be rolling their eyes in heaven about the prospect of Republicans voting for Hillary Clinton because the GOP nominated Donald Trump for president.

Who would have ever thought that a Republican nominee would offer kind words for a Russian dictator who has the reputation for ordering the murder of political opponents, and then say he is not sure if he would defend democratic Europe against a Russian invasion?  Who would have thought that the FBI would be investigating Russian espionage against America apparently for the purpose of electing the GOP nominee as president? What would The Gipper say about that?

It is too early to know for certain who will be the big winner in the 2016 campaign, though it is increasingly probable that she will be celebrating a historic moment in January 2017. One thing is certain, though: the big loser in 2016 will be the American conservative movement.

While Donald Trump tries to make hay out of the latest fiasco surrounding Anthony Weiner, a gentleman Trump supported with substantial donations to his campaign for Congress, true conservatives who are privately appalled by Trump’s bromance with Vladimir Putin will now defend—or repudiate—Trump’s attempted retreat on immigration.

I must confess it is a hard thing for me to feel sorry for Rush Limbaugh, Ann Coulter and Sarah Palin, now forced to applaud, excuse or condemn Trump’s desperate attempt to sacrifice the core of his immigration promises on the altar of political expediency. It was hard enough for Limbaugh, Coulter and Palin to have to twist in the winds of the Trump-Putin bromance without offering the outrage that would surely have been stated in Stentorian terms by the founding fathers of modern conservatism—who all fiercely condemned threats to European democracy from Russian dictatorship, espionage and imperialism.

Now comes the Trump retreat on immigration. Will Ann Coulter, who is promoting her book In Trump We Trust, have her usual fierceness of opinion about the immigration retreat being orchestrated by the man Joe Scarborough dubs “Amnesty Don”? How about Limbaugh? And Palin, who recently called Republicans against Trump “rats”?

Conservatives have been forced to defend what they privately deplore.

Lets consider the scorecard of the GOP nominee on the matter of immigration.  Remember Trump’s unyielding, uncompromising and unconditional vows to create what he called a “deportation force” to deport the 11 million or so people he called illegal immigrants? Remember Trump’s various suggestions that the ranks of these immigrants were full of rapists and murderers, which won great enthusiasm from the likes of Limbaugh, Coulter and Palin while generating charges of racism and angry backlash from so many Hispanic voters that the damage to the GOP could last for a generation?

The GOP primaries are over, the GOP nomination has been won, the general election is coming and Trump is beginning to act on immigration like he is evolving to cross between Jeb Bush and Barack Obama.

Before the rooster crows on two more mornings America will hear the latest Trump incarnation on immigration—unless he cancels a speech that is now scheduled for Wednesday in Arizona, a state full of enough voters that Sarah Palin would call rats that it could turn blue in November.

What Trump will probably do, parsing words like another famous politician often does, is say he will concentrate on border enforcement first and decide about the deportations later. Whatever one thinks of Limbaugh, Coulter and Palin, they are pretty smart folks and will know exactly what is happening, which is: farewell to the deportation force and goodbye to the mass deportations now, tomorrow and forever.

If and when this happens, reasonable and true conservatives will look to Rush Limbaugh, Sarah Palin and Ann Coulter and ask: What say you? Will Coulter use this Trump reversal as another argument for “in Trump we trust”?  Will some who voted for Trump in the primaries wish they could have a refund of their vote?

If Trump’s deportation force falls by the wayside, and his mass deportation idea is postponed to a later date that will never arrive, Trump will be left with his wall on the U.S.-Mexican border that he vows Mexico will pay for, which of course Mexico will not pay for.

When Scarborough refers to “Amnesty Don” he is fundamentally right. Regarding the 11 or so million immigrants who are in the U.S. without documentation there are only two possible outcomes. The first is deportation, the second is some form of amnesty—whatever it may be called—that allows those who are not deported to stay here permanently.

Trump is headed toward amnesty for the large majority of immigrants in the U.S. It may be a slow motion amnesty. It may be a disguised amnesty. But it is amnesty.  Good. I agree with the former position of Marco Rubio, and the current position of Hillary Clinton, that major sweeping immigration reform is needed and that mass deportation is wrong.

First it was the Republican establishment that fell to Trump. Then it was traditional conservatives who were put down by Trump in the primaries. Then it was many conservatives in Congress who are reduced to nonsense that they will vote for Trump but do not support him. Who are they kidding?

Now, in the 2016 grand finale of conservative torment throughout the campaign, the right will face the test of whether Rush Limbaugh, Ann Coulter, Sarah Palin and others can see the light and speak the truth about the candidate Joe Scarborough calls Amnesty Don. 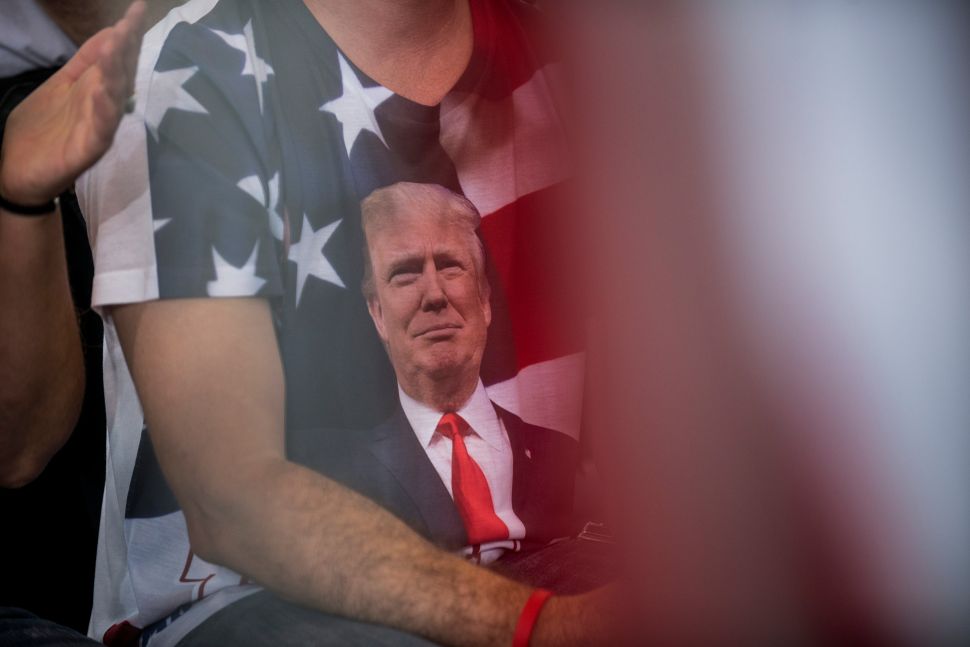