Welcome to our TV Fashion column, where TV Ate My Wardrobe‘s Emma Fraser discusses the trends in television apparel. This week: What happens when Mr. Robot’s Elliot Alderson trades a black hoodie for an orange jumpsuit?

Hoodies and masks are the signature garments of Mr. Robot, the clothes just another case of Elliot concealing his truth. The big twist in both seasons was called early by the audience; first the identity of Christian Slater in season 1 and now Elliot’s current place of residence. This further demonstrates what an unreliable narrator Elliot is; we can’t even believe the clothes he is wearing are really the clothes he is wearing.

Elliot’s black hoodie is his second skin and it makes sense that in this fantasy set up he switches his orange prison jumpsuit for the outfit he wears on a daily basis. This jolt of color stands out and the same can be said for Elliot’s blue and white striped sitcom attire from episode 6; Elliot doesn’t do color. Mr. Robot also tends to swing toward the neutral end of the color spectrum and this increases the impact when bold tones are present. Angela’s straight from a catalogue minimalist apartment is indicative of this with orange cushions breaking up the somewhat sterile environment and giving some semblance that Angela isn’t completely winning in her battle to suppress her emotions.

Angela, like Elliot doesn’t have a lot of color range in her wardrobe particularly as she travels further into the belly of the beast (gone is the green coat from season 1) and this is no more evident than when she confronts Phillip Price in his office. His office also lacks interior design warmth and is dominated by an abstract seascape; Angela might be out at sea as this painting implies, but she also still has the power to say no to Price’s proposition. He has offered up a rare moment of vulnerability and truth, but the cost of saying yes could be far worse than the scenario she currently finds herself caught up in. Angela is being pulled in a lot of directions and her carefully tailored look combined with repeated assertive phrases is an important part of creating some kind of balance and – to use Elliot’s buzzword – control.

Control or lack of impacts all the major players and the crimson paint that hits Joanna’s pristine neutrals as she gets called “a capitalist pig” combined with the red of the Mr. Robot titles that Joanna’s silent scream vomits up and Pino Donaggio’s theme from Blow Out creates a dramatic and stylized image that shatters her image of perfection. Joanna’s idyllic former life which featured surprise expensive gifts from her doting husband and the peaceful stroll with her baby in the present is as much an illusion as Elliot’s sitcom set mental safe house. But with much less ALF.

Fake blood by the bucket load also appears on screen in the movie that gave life to the fSociety mask in The Careful Massacre of the Bourgeoisie. A movie they made Angela watch and one she has far less fond recollections of. Angela didn’t quite make the mask connection at first, but now she has figured out their level of involvement in the whole 5/9 event and the gulf between them widens.

These flashes of red are not limited to representations of blood and anger; passion is also at play in Joanna’s gift giving and receiving as scarlet ribbons adorn boxes, paperwork and her body. What Joanna’s true intentions are with regard to her new beau while Tyrell remains missing are not entirely clear, but self-preservation no matter the cost is always on the cards for Joanna so his days might be/probably are numbered.

Back to Elliot and the reveal that came about three episodes later than it probably should. Elliot’s voiceover explains that this illusion was about gaining control; the very thing Elliot has been grappling with all season. Going back a few weeks to this piece I wrote about Elliot’s hoodie and what this garment represents in both his real world and memories that might be a skewed version of what actually happened:

“What this does is ties everything to his current unstable state of mind and the black hoodie becomes his entire style narrative both past and present.”

The black hoodie is part of the deception and his ensemble is one aspect of using something real to conceal what is actually taking place. There are many visual aspects to Elliot’s incarceration that meant it was pretty easy to work out that he wasn’t really laying low at his mom’s house; from the group sessions to Elliot’s visitors sitting opposite him in such a manner that suggests some form of imprisonment whether jail or a mental hospital. His usual attire is one that helps him blend into the world and while orange sure is a bold color, because everyone else is wearing the same thing it means Elliot can fade into the many.

Stylistically this season of Mr. Robot hits those highs and every episode is a visual treat, but much like Angela in front of that painting the audience is left unmoored and out at sea. For every incredible sequence such as the heist in episode 6, Elliot’s Adderall binge or his dinner fantasy there has also been this extended period of Elliot living another lie and the cyclical argument within his mind has unfortunately felt rather repetitive.

The orange jumpsuit reveal is far less a surprise and more like a relief and even though Rami Malek has been doing some amazing things this season it has also been frustrating to watch another narrative ruse like this. The focus shifting on to Angela, Darlene and Dom has been rewarding, but isolating Elliot in this way and then pulling an ‘ah ha!’ moment does little to restore confidence in how Elliot’s alienation has been presented this season. Finding out that he is getting released soon just as his real location is confirmed is encouraging and it will be a welcome sight to see him actually wear his hoodie again. 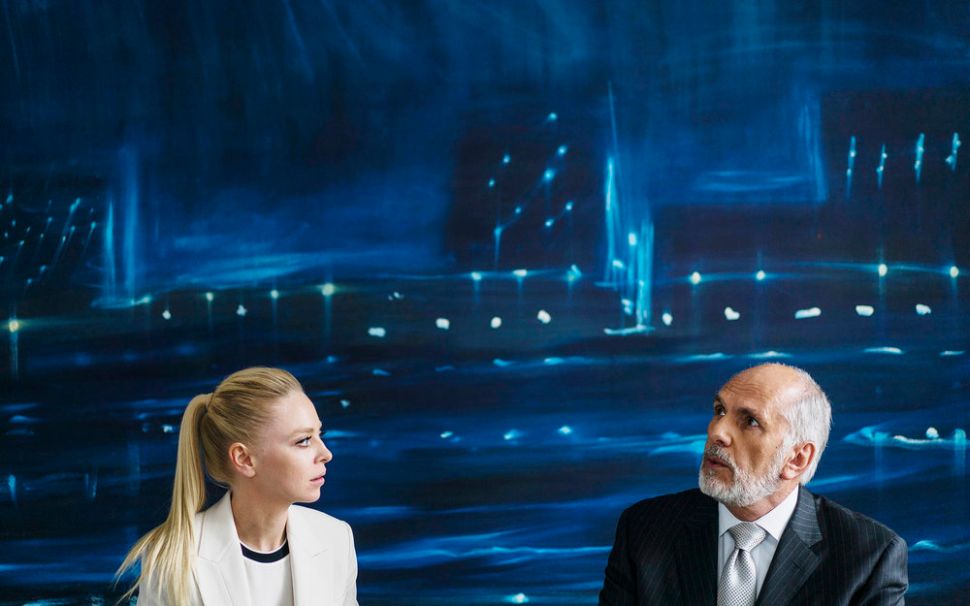