Speed demon and Brigadier General Chuck Yeager has firmly planted his foot in history by being the first human to break the sound barrier back in 1947. Today, the decorated pilot is busy breaking the spirits of his fans around the world by revealing just a bit too much about his life and personal beliefs in what seems to be an ongoing tweetstorm.

There’s a lot too. In between the numerous mentions to buy his book “Yeager,” he expresses a love for fishing and killing small animals. The WWII, Vietnam, and Cold War veteran makes a few unsettling references to his “drunk” friends—many of whom are pilots—and some of the misadventures he experienced alongside them. Yeager also takes the time to criticize his former employer, NASA.

Here are some of the more bizarre and completely out of left field tweets that give us an unnecessary insight into the 93-year-old American hero:

1. Yeager thinks UFO sightings by fellow pilots are due to them being wasted.

@GenChuckYeager Sir, have you ever seen an UFO?

2. As a kid, he killed squirrels and ate their brains.

@GenChuckYeager are u going bird hunting this year? What's your favorite breed of pointing dog? When u were a kid what did you hunt in WV?

Probably. Don't have one. Squirrel. Brains are delicious https://t.co/3oUJoPKJXm

@GenChuckYeager Anything you miss from your days at RAF Leiston and the 'Yoxford Boys'?

4. Pakistan is great though.

I enjoyed my time in Pakistan – great group of pilots. I hunted a lot there as well. https://t.co/MYa5s0iNkN

5. He doesn’t give a damn about Star Wars.

@GenChuckYeager I'm retweeting this because I have money riding on this. X-wing or TIE Interceptor? pic.twitter.com/uWMaF8V9Ap

In my opinion Glenn's flight had no scientific value. But he was influential in NASA funding. https://t.co/rMNbe89qyV

Value only to Pres Clinton. Quid pro quo to stop investigation into Clinton at the time https://t.co/MOVPg6tj1q

@GenChuckYeager Would you go to Mars if you could?

@GenChuckYeager @Stefan_Laurell I disagree… We need to keep working on manned flights as well as non-manned missions. Moon base first.

For what purpose? See how crickets grow on the moon? https://t.co/knltKjgtY7

9. Yeager definitely got laid at high altitude but he won’t kiss and tell.

@GenChuckYeager your thoughts on Edward Snowden?

11. He doesn’t give a shit about your nephew’s asthma or his dreams of being a pilot.

@GenChuckYeager Any advice for my 16 year old nephew? Asthma is keeping him from passing his physical for his pilot's license.

12. It’s a good thing Twitter wasn’t around during WWII because things would have gotten messy. 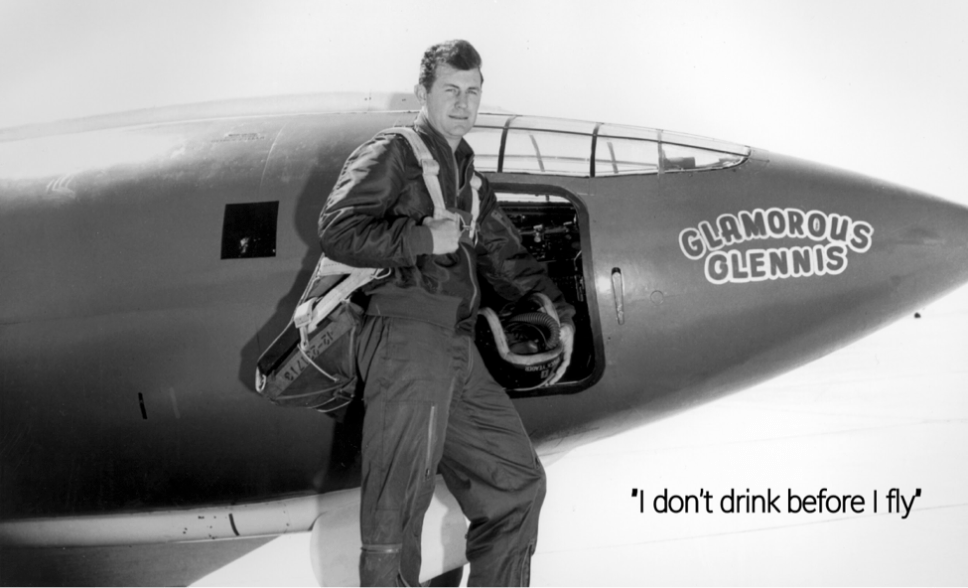