Amid backroom discussions about possible legislative slates in Union County if Democrats find themselves in a three or four-way gubernatorial primary next year, Plainfield Mayor Adrian Mapp intends to run for reelection next year, he told PolitickerNJ.

“I will be running for reelection to the office of mayor in 2017,” he wrote in an email to a question about whether he had ruled out going after an assembly seat.

Mapp’s presence on the local ticket comes at a particularly intriguing time. The mayor occupies a big, vote-generating town in the 22nd District, home to Union County Chairman (and Assemblyman) Jerry Green.

Green and Mapp are longtime political rivals who have in the past tried but failed to make last peace. If they choose different gubernatorial candidates they will be staring at each other once again from the vantage point of rival entrenchments.

If Green backs state Senator Ray Lesniak (D-20) or Senate President Steve Sweeney (D-3) and selects his own  candidate for mayor, it is easy to picture Mapp lining up behind Jersey City Mayor Steven Fulop and aligning himself with an anti Green LD22 slate. 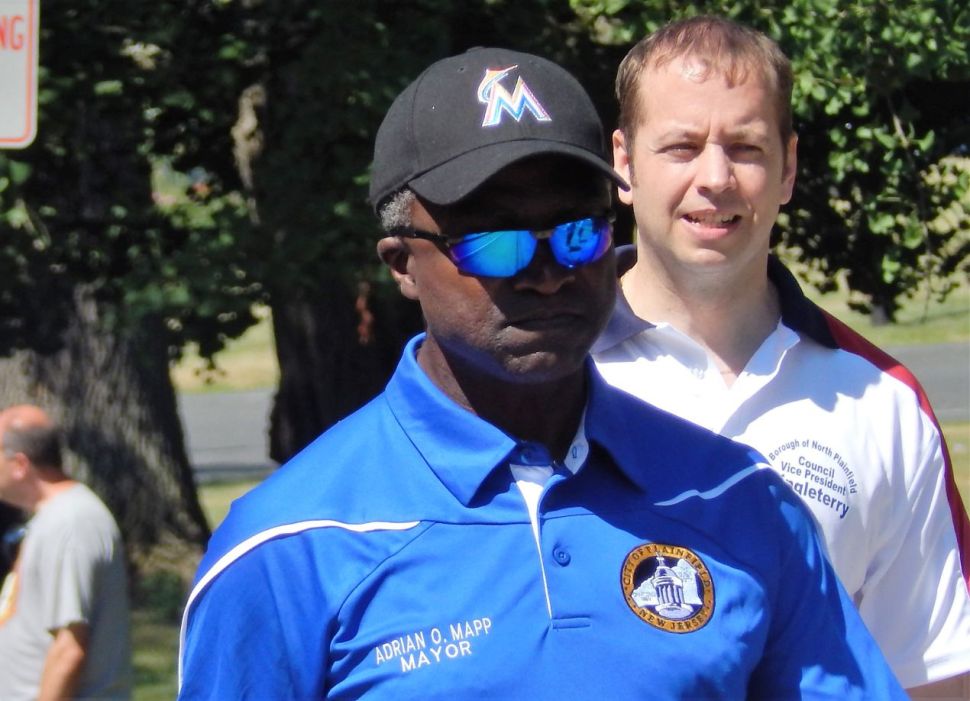