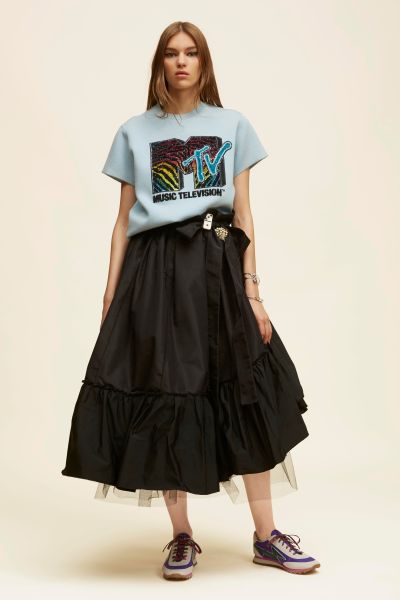 Are you planning on tuning into the MTV Video Music Awards this weekend? Do you also happen to like the fashion designer Marc Jacobs?

Well, we have good news for you, as those two concepts are being married into a singular one; Jacobs has just launched full-blown collaboration with MTV. And the range of ’80s inspired t-shirts, sweatshirts and totebags splashed with the iconic MTV logo are up for pre-order from now until Tuesday.

While this might seem like a bizarre pairing, it’s actually not, as it’s a continuation of Jacobs’ recent Resort collection. In the thoroughly punk rock range, replete with crimped hair and fishnet stockings, the designer showed t-shirts splashed with sequined iterations of the MTV logo, in addition to plenty of neon. 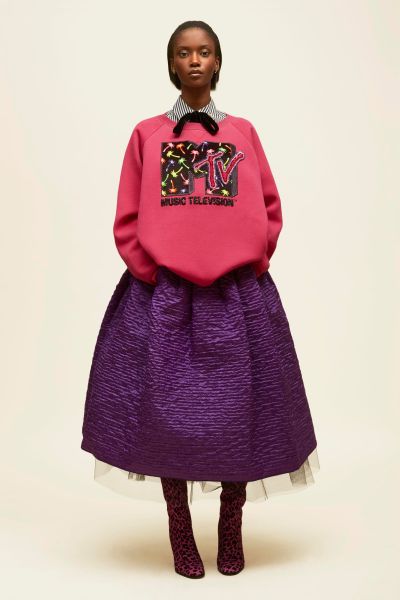 However, these limited edition styles come with price tags that far surpass any average teen’s allowance. An embroidered t-shirt made from a wool blend is going for $995, while a long sleeve cashmere sweater rings in at $895. The raglan sweatshirt in teal or magenta will set you back $1,400, though it might be worth it, as the description for this wool blend piece notes that it “was a key look from the Resort ’17 runway show.” A pink washed cotton tote with some serious sequin detailing comes with a $595 price tag; on the more affordable side is the $150 canvas tote, which is sure to be adopted as a book bag at high schools across America. 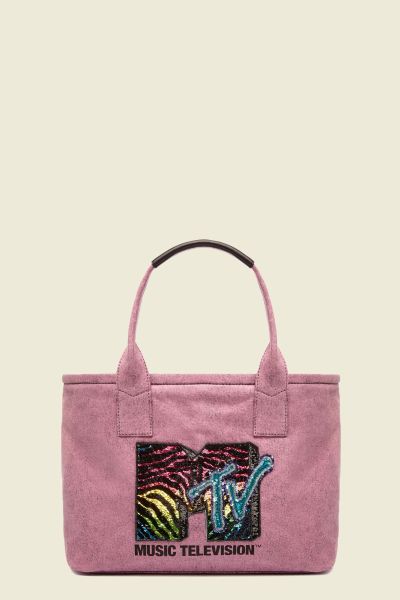 Remember, these items are on pre-sale, so it might be a while until they arrive on your doorstep; the ship dates are staggered across September, October and November of this year, depending on the item you choose.

Not so psyched to wait that long for this brilliant collab? You’re in luck. Celebrities and musicians who hit the red carpet at the VMAs this Sunday will have the chance to step into a customized Instagram booth, with photographer Dennis Leupold at the helm. He will be capturing the A-listers on a background of the MTV logo, which has been given Jacobs’ stamp of approval. Check the hashtag #IWantMyMJTV on Instagram to watch all of the video portraits posted. 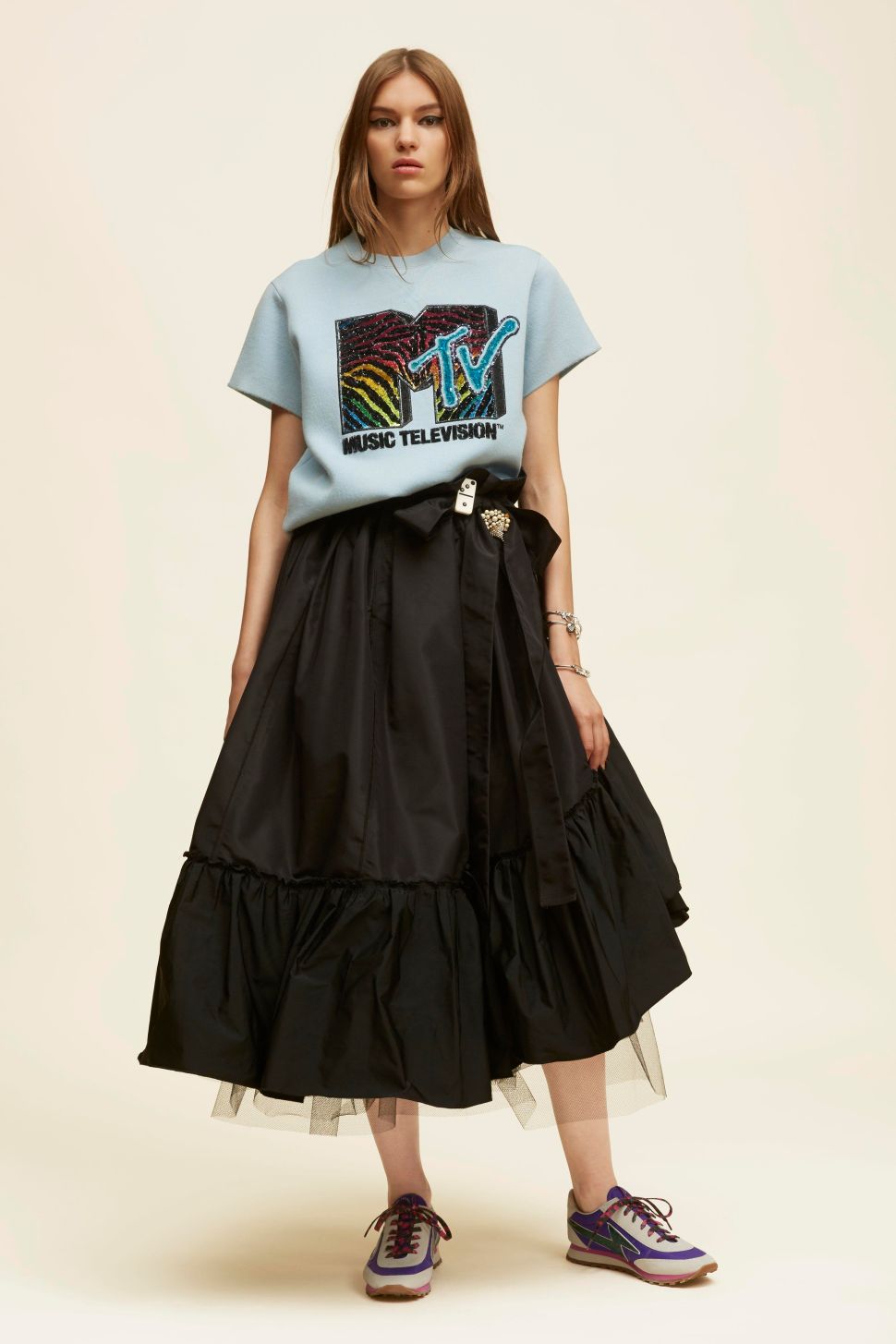