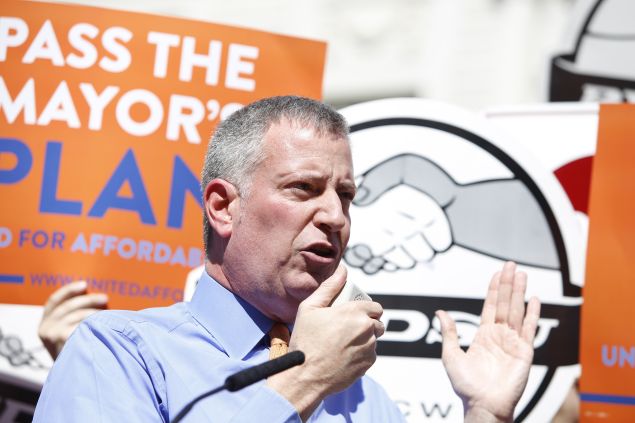 While Republican presidential nominee Donald Trump says the media is spinning his comments suggesting gun rights supporters should stop his rival Hillary Clinton, Mayor Bill de Blasio says everything that comes out of the candidate’s mouth should be taken at face value.

Speaking at a rally in Wilmington, N.C., yesterday, Trump said that if Clinton were elected, she could appoint judges to the Supreme Court who might “abolish the Second Amendment”—and went on to imply those supporters of the Second Amendment could stop her.

“If she gets to pick her judges, nothing you can do, folks. Although the Second Amendment people, maybe there is,” Trump said. “I don’t know.”

After the comment, seen as an encouragement of violence against the Democratic presidential candidate, drew intense criticism, Trump issued a statement blasting the media as “dishonest” for quoting him, and insisted that he was merely encouraging gun rights supporters to “get out vote to save our Constitution.”

But the mayor, a frequent Trump critic who managed Clinton’s 2000 Senate campaign, said the furor over the comments is “not even close” to a media-spun controversy.

“When the question is did Donald Trump say something that might be incendiary or not, it’s always incendiary. You can just bet it,” de Blasio said at an unrelated press conference announcing an upcoming new school on the Upper West Side. “It’s never, he never says things with nuance. He doesn’t do nuance. He never looks to find a way to say something more gently. For better or for worse, what you see is what you get.”

There was no doubt in his mind that Trump was calling on supporters of the Second Amendment to take violent action against his opponent.

“To say it like that, obviously implied that those ‘Second Amendment people’ would use their guns,” de Blasio continued. “It wasn’t even close in my mind and it’s obviously exceedingly inappropriate and the fact that the Secret Service had to comment on it I think is indication enough that that was way outside the boundaries of what’s considered acceptable in this country.”

The mayor has made a sport of criticizing the Republican nominee. Last month alone, de Blasio rejected Trump’s claim that a Republican presidential victory in New York in the November general election is possible, also claiming that his son, Donald Trump, Jr. should consider the fact that New Yorkers will reject his father’s values in November before he decides to run for mayor. He also refused to thank Trump for a golf course he built in the Bronx, noting that he did not think it “was such a good idea to begin with.” 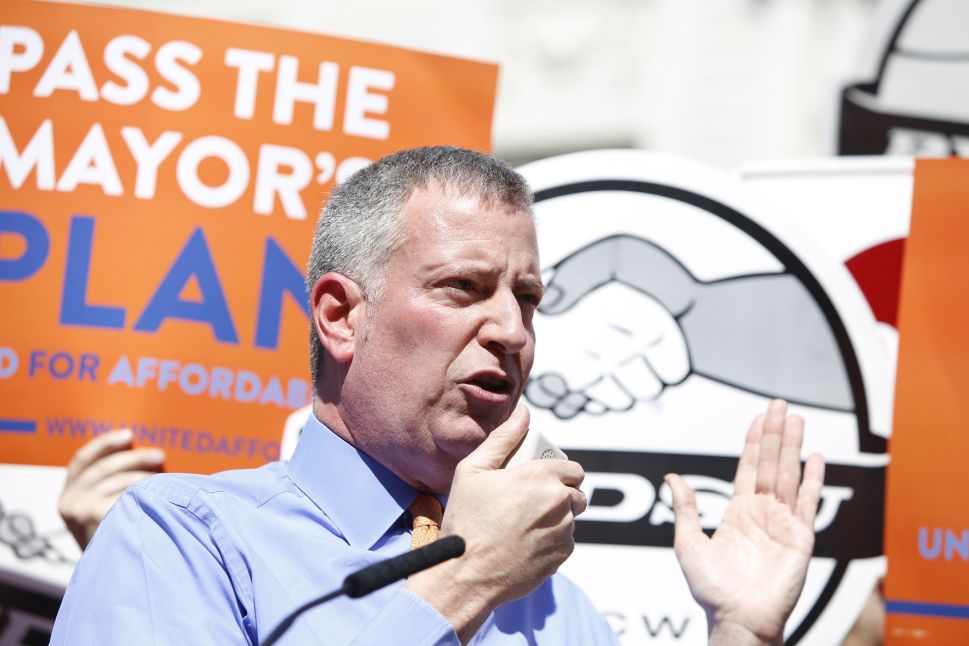