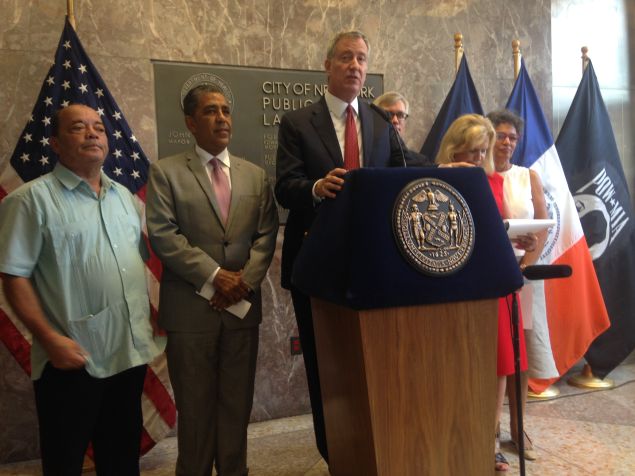 Mayor Bill de Blasio has a blunt message for House Speaker Paul Ryan and Senate Majority Leader Mitch McConnell: Do your job and “step up”—put pressure on Congress to authorize $1.9 billion in emergency funding to combat the Zika virus.

The mayor and Health Commissioner Dr. Mary Bassett updated New Yorkers on the city’s ongoing efforts to combat the Zika virus and called on the federal government to increase anti-Zika funding to New York—which has seen infections among people who have traveled to areas where the virus is prevalent, a case of male-to-female transmission of the virus and a baby born with birth defects related to it.

In February, President Barack Obama requested $1.9 billion in emergency funding but Republicans pushed forward a measure that would have tied the money to funding cuts for Planned Parenthood. Congress has yet to approve any new funding to combat the virus, and Democrats in Congress have filed a discharge petition to bring a bill to the floor.

He maintains the buck stops with Ryan and McConnell, noting that he sent them a letter today and that both he and the city’s congressional delegation are “going to make clear responsibility lies with two people.”

“President Obama has made clear he treats it as a priority. He is doing all he can within his executive powers,” de Blasio said. “It’s time for Speaker Ryan and Majority Leader McConnell to step up, get the Congress back so it will act. This is a crisis that affects all their members, states all over the country and this is not a red state crisis or a blue state crisis. This affects all of us. Those two leaders can step up and make the difference right now.”

To date, the city has invested $21 million over three years to bolster mosquito surveillance and control, increase testing and increase public awareness of the virus.

Since the city announced its Zika Action Plan in April, more than 3,400 at-risk pregnant women have been tested, with 49 pregnant women testing positive and one baby born with microcephaly due to the virus.

Congressman José Serrano, who is one of five Democratic members appointed to the Zika Conference Committee in May, said the committee was supposed to come to an agreement to determine how much money should be spent to combat the virus and that “the magical number we put out there is $1.9 billion.”

He said the Republicans did not ask for their input and that they inserted abortion, women’s health and Planned Parenthood into the discussion, which he said was irrelevant to the situation. Serrano even took a jab at Sen. Marco Rubio, who has said he would not support abortions even if a pregnant woman was infected with the virus.

“I mean you had a person who is running for president and not the one you think,” Serrano said. “There’re other crazies, but this person actually said, ‘No abortion even when the woman is totally, totally infected with Zika.’ I mean, it was just another issue brought into the scene that did not belong there.”

Congresswoman Carolyn Maloney said the party at large is the problem, noting that “ideological fights have no place in a fight for life, in a fight for public policy and for saving lives.

“It’s a party decision,” she said. “The Republicans countered President Obama’s proposal with 800 million less than what had been requested and then put poison pills on it.” 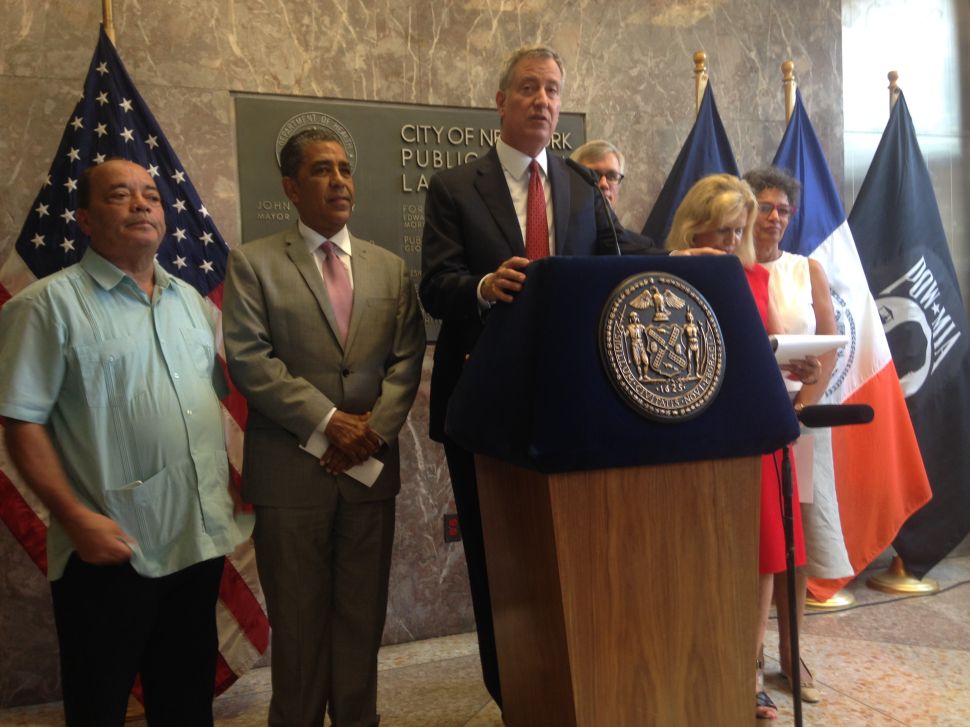