If you follow my Twitter feed, you would know that I have some…concerns about Donald Trump. In my mind, between the GOP and its candidate, there have been so many troubling remarks, so many contradictions, so many questionable policies that I found it difficult to understand how a reasonable person could defend him.

Part of the problem is, Twitter is seldom the place for reasonable debate.We choose to follow individuals who reinforce our own biases, and even when you engage with someone with contrasting views, 140 characters simply is not enough for nuance.

And so, in a bid to understand the perspective of a young, female Trump supporter, I spoke with Ariana Rowlands, president of the University of California Irvine College Republicans, and defender of Milo Yiannopoulos, (whom I previously criticized).

The goal was an interview in which I would listen, fully, to her opinions and perspective without judgment in order to give a completely unbiased portrait of the mentality of Donald Trump’s youngest supporters. At Rowland’s request, her answers have not been edited in any way.

OBSERVER: So, Donald Trump proposed a database to track Muslims in the United States… Is that something you agree with?

ROWLANDS: I don’t think there should be a sort of database, and I think a lot of the stuff he says is taken out of context. He has a habit of saying things without actually clarifying. I think that something that’s more accurate of what he wants to do is sort of a watch list of, say, those Imams, like the ones over in Florida saying all gay people must die. People like that where they’re saying problematic things and saying things that aren’t necessarily protected speech and could, you know, potentially commit hate crimes against people.

To clarify, though, about it being taken out of context, when asked about whether his White House would implement a database, Donald Trump did say, last November, “I would certainly implement that. Absolutely.”

Yeah, I think that, um, he’s definitely not polished. He doesn’t understand how to say things. I think that’s another reason he says ridiculous things like, “Let’s ban all Muslims,” when in reality what you find what his position is on that issue, it’s more along the lines of—and he’s said this—I don’t want to ban all Muslims, I want to ban the Muslims, and the people, the immigration, from those countries where they’re having problems with ISIS and terror right now. And if he only said that, I think he would have gotten more support from certain people. And it’s the same thing! He just needs to phrase it differently.

Okay. So, Donald Trump said that global warming is a hoax, “created by and for the the Chinese.”

I don’t believe that global warming is an imminent threat, at all. I think that, you know, there’s some truth to the fact that humans are committing to climate change, but I don’t think that it’s something that, you know, in sixty years we’re going to be living in a wasteland sort of thing. There are definitely more important things to focus on, and I think national security right now is the number one most important thing—safety, law and order, those things are very important. And global warming takes a back seat, I think. And no matter if you think it’s an important issue, it’s certainly not the one that’s the most threatening at the moment.

So, I think a lot of people are of the opinion that you have to agree with Republicans on everything or else you’re not a Republican, and that’s just simply not true. You can identify as as Republican and only agree on half of the Republican platform just as long as you adhere by the principles of, I like small government and I believe mostly in freedom and liberty and the Constitution. You’re not going to agree necessarily on global warming. You know, most people I talk to don’t even think that traditional marriage should be the way. Most people that I talk to actually support gay marriage on the Right.

So, about some of the things that Republicans put in their platform before the RNC—support for teaching the Bible as a historical document in public schools?

I think that government and religion should be held separately and I think that no matter what you believe it should be respected. Whether people believe in creationism or evolution, it’s just, if that’s what you want to believe just go ahead and believe it, but I think that in schools, at least religion as the law of the land should be left out of it despite what people—and of course, it’s different with public and private schools. If you’re a private school, you can pretty much choose whatever you want. For public schools I think you should keep religion out of it.

But when you bring up separation of church and state, also in the GOP platform, there’s an order that lawmakers “use religion as a guide while legislating.” Is that something you agree with?

I think that religion is good in a lot of senses. In a lot of ways, it definitely instills a sense of morals, and values, and I think that controls a lot of what people do and contributes to a lot of the choices people make in their daily life, which would include making decisions on legislation, so if somebody thinks something is immoral, they think something isn’t right, they’re less likely to legislate it. So I think religion is good in that sense. It serves as a guide for people.

So you said most Republicans you speak to are actually in favor of gay marriage. So how do you feel when the chairman of the Republican Committee says overturning marriage equality is “one of the bedrock issues of our party”?

But how do you feel about someone like Mike Pence, who is actively against gay marriage, being vice president?

I think when you’re making a choice for something so important as who is going to be your president, who is going to be your congressman, your senator, etc, etc, you have to sort of weigh, what are the most important things to me? So while I may not agree with the Republican Party’s stance on gay marriage, that’s not the most important issue. Gay marriage is here to stay. It’s never going to be overturned, it’s a non-issue in my eyes. What’s more important to me is social security, immigration, you know, the economy, and I side with Republicans on almost every single—on most issues, I side with the Republicans. There are very few issues on which I disagree. And, I think, more people need to understand and sort of realize what’s more important to me? Because if social issues are most important to you, and you lean towards the left, then go vote for Hillary. If safety, freedom, immigration, having borders, a healthy economy, cops living and not being shot, if that’s more important to you, well the Republicans said something on abortion I didn’t like, then vote Republican.

What sort of gun policy do you believe in?

I believe everyone should have a right to own a gun, however I do think that if you’re—I’m not going to say on the FBI watchlist because you can be put on the FBI watchlist for a number of reasons, there’s definitely a flaw in that argument there—but I think you should have some background checks. And perhaps a mental test. If you’re schizophrenic I don’t think you should be able to have a gun, let’s just put it that way. But I believe for the majority of Americans that has no effect on them whatsoever, and the majority of Americans in every state should be able to own guns. I’m here in California and we have some of the most restrictive gun laws in the country, and I think that people should be able to open carry everywhere, but of course that’ll never happen here.

Thank you so much for your time, and I don’t want you to feel like I’m attacking you in any way, but if you could just clarify a few statements. I know on your Twitter account you’ve said “Feminism is a cancer,” so how did you feel about Ivanka saying Donald Trump is a feminist?

I think that a lot of the issue people sort of have with understanding the negativeness and the regressiveness of feminism today is they think feminism is what it used to be. And feminism used to be something wonderful, something great, something that fought for women’s rights and for equality between the sexes. And now it’s sort of evolved into something regressive that wants special privileges for women, wants superiority for women over men that offers women, you know, it’s like affirmative action for women is what they want, and that’s not good. You know, women need to work just as hard as men to get just the same. Everything should be equal, nobody gets special privileges. And while certain aspects of the second wave—the good feminism—are needed today, I think the majority of stuff that the feminists today talk about aren’t needed anymore, are overstated issues, and want superiority of women over men.

Can you maybe give me an example of where you think women want “superiority” or special treatment?

In the tech industry specifically, certain companies will hire women over men who are less qualified because they need to fill—there’s no women in their company! There’s just men, you know? And that doesn’t really look good.  And the truth is women tend to go into a certain other fields like childcare, education, that pay less, and are a little bit less, you know, and most of them don’t go into the tech world.

And the same thing with the gender pay gap issue. You do get equal work for equal pay—that already exists. It’s just the fact that the statistics presented to you are statistics of every job out there, everywhere, between men and women. You know, it’s not within the same field. So, more women, like I said, will go and do something like childcare, education, that simply don’t pay as much as, you know, brain surgeon or computer software engineer. And they also take more time off to go pick up their kids from school or take care of their kids, or a bunch of other different specific things—breastfeeding! Or something like that. And they don’t work as many hours as men do. It’s proven. All things held equal, work the same hours as a man, just as well, she does get paid the same. 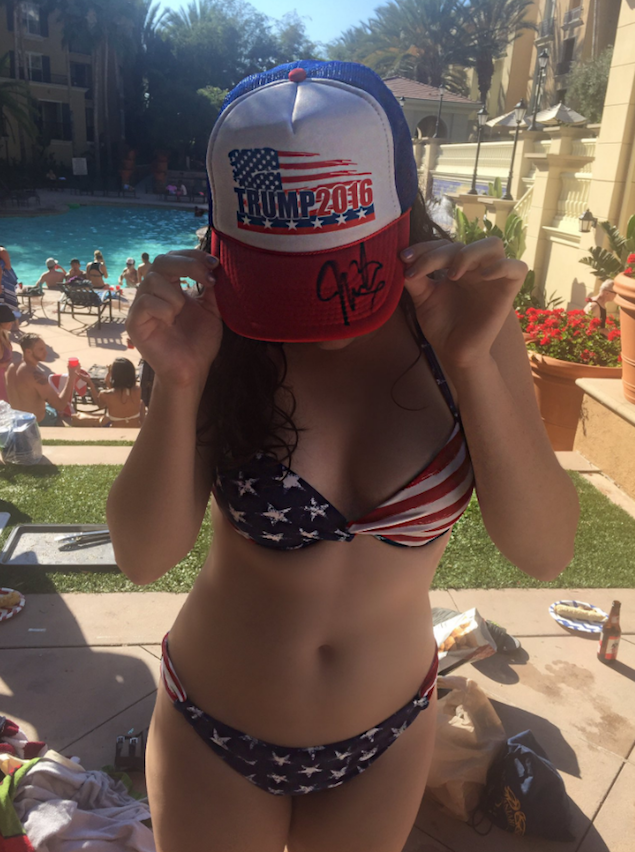