Hillary Clinton’s current lead in the presidential race has very little to do with Hillary Clinton or the kind of leadership she has demonstrated to date. Poll after poll shows that millions of Americans don’t see Hillary Clinton as trustworthy. I’m one of those Americans and what Clinton did this week in connection with her on-going email mess reinforces this untrustworthiness. It is a powerful “Lesson in Leadership” that applies beyond politics and has everything to do with what we teach our children about taking responsibility for their actions. While Mrs. Clinton has said on many occasions that she has apologized for having a private email server while Secretary of State (and for potentially exposing emails considered confidential to enemies of the US), she refuses to take full responsibility for her actions.

Now, according to notes the FBI handed over to Congress from their interview with Mrs. Clinton in early July, she argues that during a casual conversation at a dinner party former Secretary of State, Colin Powell, either advised her, told her, or implied it was okay to handle her emails this way while serving as our country’s most important government official dealing with international affairs in a terror-filled world. Really?

Further, Mr. Powell’s office released a statement saying he had no recollection of such a dinner conversation. Though, he did write Mrs. Clinton an email, describing his use of his personal email account for unclassified messages.

I have a few problems with Mrs. Clinton referencing her conversation with Colin Powell. First of all, Hillary Clinton apparently had this casual conversation with Colin Powell, a full year AFTER she had set up a private email server in her home. Clearly, she had already decided to manage her emails in this manner and may have been looking for justification for actions she had already taken.

Second, why is she even bringing Colin Powell into this? What does he have to do with her email problem? Could it be because Colin Powell continues to have a great reputation as a respected leader and by evoking his name, Mrs. Clinton thought she would soften the criticism of her actions? Regardless of Hillary Clinton’s motives, Colin Powell has clearly had enough of Mrs. Clinton using his name and has said the following: “The truth is, she was using (the private email server) for a year before I sent her a memo telling her what I did,” Powell said. “Her people have been trying to pin it on me.” Further, when asked why Clinton had named him in her defense of the email debacle, Powell responded with, “Why do you think?”

And here’s the other thing, since when does Colin Powell give the “Good Housekeeping Seal of Approval” as to what is ethical and appropriate for a current Secretary of State to do or not do with her emails simply because he used to hold the same job?

The bottom line in all of this is that Hillary Clinton says she has apologized for her actions, but she has refused to take responsibility for her actions. Taking full responsibility means, not making excuses and not pointing the finger or involving others, which is what she’s doing here. This is a clear lesson in how NOT to lead – as well as a lesson for those of us who are parents who are trying to teach our children the difficult lesson of taking responsibility for one’s mistakes. I wish Mrs. Clinton could understand that. Odds are she may be our next president, which means her failure to learn this important “Lesson in Leadership” could have a very negative effect on all Americans for a very long period of time.

The irony here is that Hillary Clinton is smart and talented and clearly experienced in many areas of public policy. But being president or a leader of any big or complex organization requires that those you are leading ultimately trust you. Mrs. Clinton has fallen short in this area. But the game is not over.

QUESTION: What are your thoughts on Hillary Clinton referencing Colin Powell in explaining her use of a private email server while Secretary of State? Write to Steve Adubato at sadubato@aol.com.

In my new book “LESSONS IN LEADERSHIP,” just out, I write extensively about the leadership styles of Hillary Clinton and Donald Trump as well as other major public figures in government , business and a variety of other professional areas. Visit www.Stand-Deliver.com to learn more. 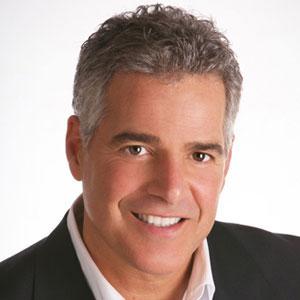