Leave it to Michael Phelps to turn the world’s attention back to ancient Greece. When Phelps won his 13th individual gold medal in the 200-meter individual medley, he broke the 2,168-year-old record of the ancient Olympics’ most decorated athlete, Leonidas of Rhodes, who earned 12 victories in individual running events. (The ancient Greeks had no team sports; every event was individual.)

By winning gold in the 200 individual medley, Phelps also tied Leonidas, who won the olive wreath—the ancient Olympic equivalent of the gold medal—four successive times in the same event. Only two other athletes ever did that: Carl Lewis as a broad jumper, and Al Oerter in the discus. Lewis is alive and still celebrated as America’s greatest modern track and field athlete. But Al Oerter? Does anyone still remember this legendary star who Sports Illustrated once named the greatest athlete of the second half of the 20th century?

When Al Oerter, the giant of the modern discus, died in 2007 at 71, New York Times columnist Frank Litsky wrote a stirring tribute, pointing out that each time Oerter won gold in the discus—in Melbourne in 1956, in Rome in ’60, in Tokyo in ’64, and in Mexico City in ’68—he “broke the Olympic record, beat the world record holder, overcame an injury” and never was favored to win. But as one Olympic athlete declared last week, “I’d rather be ahead than favored.”

In 1964, six days before the start of Olympic competition, Oerter slipped on a wet concrete discus circle, tearing rib cartilage on his throwing side and bleeding internally. Team doctors told him he was done.

“These are the Olympics,” Oerter replied. “You die before you quit.” Immediately before competing, the ancient Olympic athletes prayed to Zeus to “win or die.” In great pain and overcoming great odds, Oerter competed—and won.

The ancient Greek word diskos originally meant “anything for throwing,” and before it evolved into the shot put, hammer, or disc we know today, it could be any natural weapon. Homer tells us that the wandering Odysseus, challenged by the Phaeacian youths taunting him as a non-athlete, picked up a huge stone and hurled it well beyond anyone else’s best.

It was 1982, I think, when walking along a beach in Maine, I picked up a much smaller stone. The pattern on the stone’s surface struck me as the spitting image of a discus thrower, clasping and preparing to hurl the disc. I turned it over in my hand and marveled at how accurate it seemed. “Al Oerter must have this stone,” I thought.

In 1980 at the age of 43, Oerter threw a career best and second longest throw in the world. But he finished fourth at the Olympic trials, just a few feet and one place short of making the U.S. Olympic team. As it turned out, the U.S. boycotted the Olympics that year in protest over the Soviet Union’s invasion of Afghanistan.

I had read somewhere that Oerter worked at Grumman Aerospace on Long Island, not far from where I lived. In those days, elite athletes trained and competed part time. The ancients also went through that same transformation, from part-time competitor for honor to full-time competitor for gold. So I called up Grumman and asked the operator to connect me to Al Oerter.

“You don’t know me, but I have something I want to give you. I’m a professor at New York Law School, so you can check me out,” I said. After I declined to describe my gift, he warily agreed to meet.

I sat in a chair as the receptionist instructed, nervously pondering all the ways this could turn into an embarrassing moment. Suppose Oerter didn’t see the discus thrower in the stone. I looked at it again—it seemed primitive, but so suggestive. Or suppose he looked at it and said, “A stone? That’s what you’re bothering me about?”

Oerter, a giant bear of a man, suddenly appeared in a short sleeved shirt. As my hand got crushed in his handshake, I noticed his two coils of muscle side by side, each the size of my forearm. If asked to identify the species and anatomy from a photo, I would never have guessed “a human arm.”

I took the stone from my briefcase, and held it before his eyes. “Oooh, a thrower!” he said. I handed him the stone. Oerter turned it over, and silently stared at it for what seemed like an eternity, then smiled. “Promise you won’t ever tell my wife, but you’ve just given me the best gift anyone’s ever given me,” he said.

In 1984, at 47, Oerter came out of retirement to compete in the Olympic trials. He reached the finals, but tore a calf muscle right before his final throws. When asked about competing well into middle age, as Litsky recounts, Oerter replied, “Have you ever seen a longer face than an athlete who has quit in his prime?”

By “only” winning the silver medal in the 100-meter butterfly, Phelps, our contemporary demigod, failed to match Leonidas’ Olympian record of four successive victories in three different events. We can’t compare Phelps to ancient swimmers because, while most Greek youths knew how to swim, swimming never was an organized sport. However, Milo from Croton, the greatest wrestler of all time, won five times at Olympia, finally beaten by a younger man, but only on his sixth Olympic appearance.

Michael Phelps, spare us the long face, and face the passing of your prime. How about five in a row, in two events in the 2020 Olympics?

SEE ALSO: KATIE LEDECKY IS IN A CLASS BY HERSELF 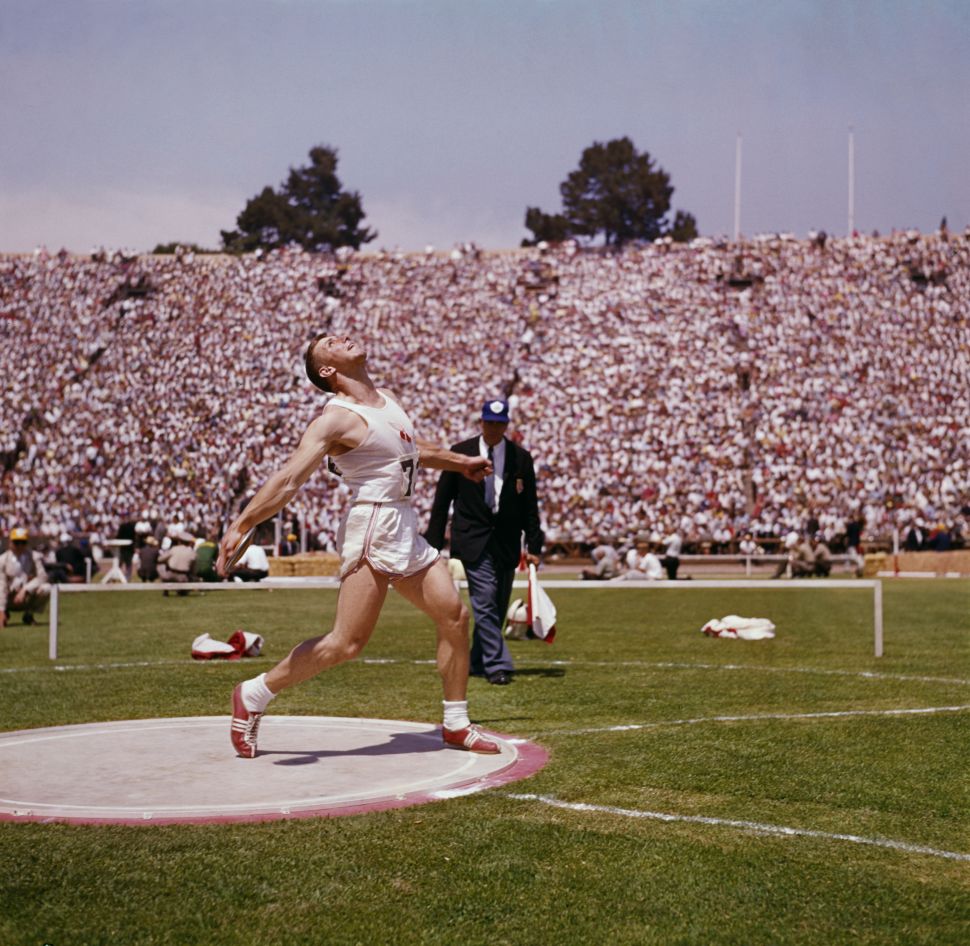