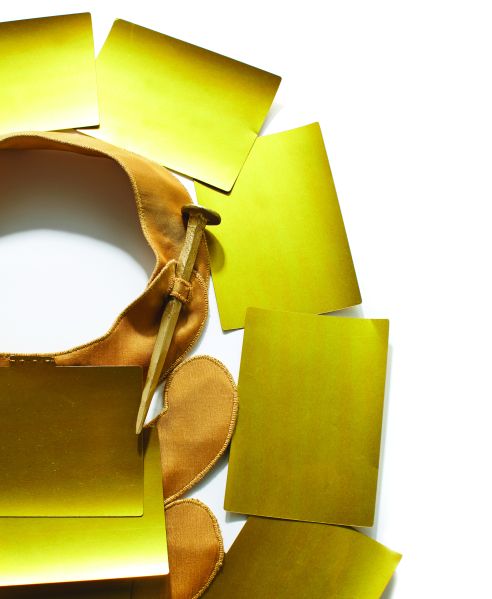 A new exhibit at the Archaeological Museum of Mykonos, opening this week, explores the elemental connection between past and present Greek design. “Vanity, Stories of Jewellery in the Cyclades,” hosted by the Ephorate of Antiquities of Cyclades, features over 200 pieces of jewelry dating from the 6th century BCE to the 1970s, plus 12 specially-commissioned pieces from contemporary Greek jewelers.

“I am always fascinated by the influence of our ancient heritage on contemporary creations,” said jewelry designer Nikos Koulis, one of the 12 featured contemporary designers. “Jewelry is a deep premise of our culture and society. Greeks not only have an eternal bond with jewelry but have also excelled at its craftsmanship.” 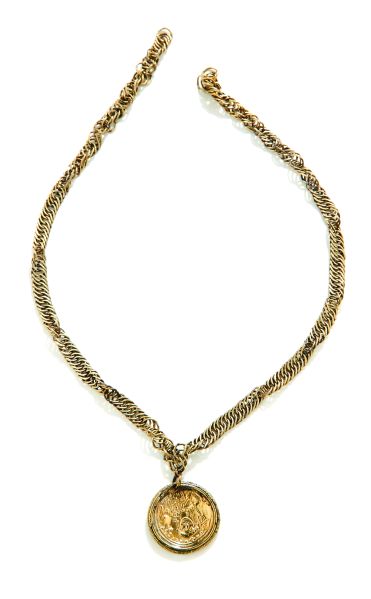 Most of the exhibit’s ancient jewelry, including that of the Ephorate of the Antiquities of Cyclades, has never been shown publicly. The artifacts vary from ornate earrings, bracelets and rings in gold, bronze and silver inlaid with semi-precious stones, glass, faience and coral, to simple, talismanic beaded jewelry made from shell, bone and ivory. Diadems or headband-like crowns and brooches that served to fasten garments will also be on display, exemplifying the fashion synonymous with ancient Greece.

“The exhibition focuses on Cycladic jewelry, presenting mostly unknown treasures from the unique diachrony of seven millennia of culture in the Cyclades, revealing the historical depth of a very human trait: vanity,” said archaeologist Maria Koutsoumpou, one of Vanity’s curators. The jewelry will occasionally be supplemented with other pieces of art, such as two wall-paintings, one depicting an Infant Christ wearing an earring, dating back to the 12th century. An icon of the Virgin wearing a fibula, or brooch, will also be exhibited to “complete the lacuna of jewelry in specific periods.” 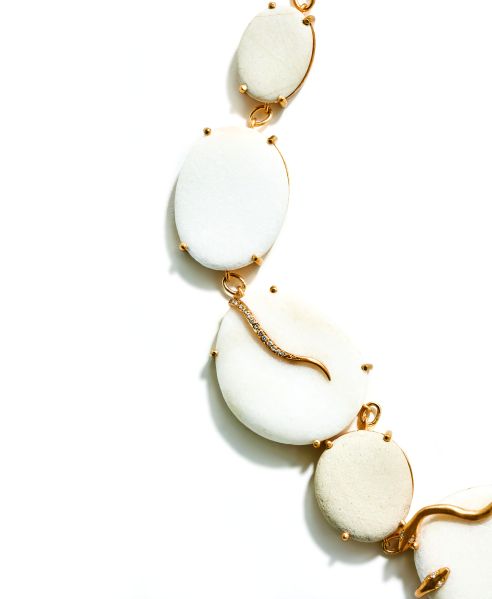 The supplemental artwork serves to underscore the cultural importance attached to jewelry. “We see that elaborate gold jewelry has been buried with the dead and occasionally dedicated to sanctuaries as an offering to the gods–something that is still happening in Greek churches,” said designer Ileana Makri, who designed a necklace for the exhibit. Collectively, Vanity’s bejeweled artifacts encompass varying levels of craftsmanship, from primitive and simplistic to sophisticated and intricate, though all denote a marker of an advanced civilization: a desire for adornment.

“The creation of jewelry, since ancient times, proves that there were flourishing civilizations in this part of the world that appreciated the craft and value of jewels,” said Makri. Koutsoumpou added, “Jewelry tradition and craftsmanship is the product of dynamic human societies, as those developed in the Cycladic islands since the sixth millennium B.C.E., thus creating a strong uninterrupted tradition.”

For Koutsoumpou, vanity functions as the thread that connects ancient and current jewelry design. “Contemporary jewelry expands the narrative of the exhibition to the present, associating it to modern life,” she explained. Fashion editor Michael Pandos, who curated the 12 contemporary designers featured in the exhibit, acknowledged that the current crop of Greek jewelers seemed to defy even the oft-cited logic that Greece’s rich history is responsible for the country’s effluence of talent. “A strong new wave of Greek modern designers have come to recognition the last few years, giving a new aura to Greek jewelry,” he said. 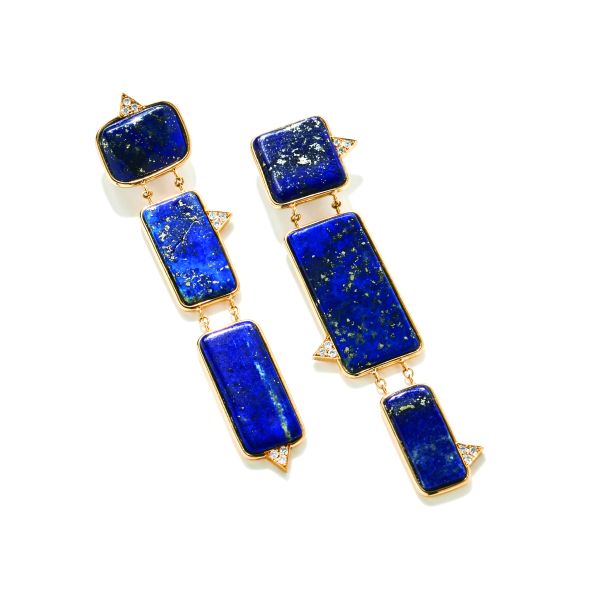 Pandos’ observation is poignant for its timing; the last few years in Greece have been economically unstable, at best. In June, The New York Times estimated that the country’s unemployment was at 25 percent. While having an international customer has benefited many top Greek jewelers, worldwide fiscal insecurity since 2008 has left even international buyers conservative with their orders, according to designers, which makes their continued design innovation all the more singular.

“Jewelry in Greece has always been a ‘history teller;’” said Ioanna Souflia, a designer who created a pair of earrings for the exhibit. “Jewelry is evidence of the times it was created, both cultural and social.” However, Greek jewelers see themselves as less of a phenomenon, successful and pervasive despite their country’s instability, and as more of a natural byproduct of millenniums of design excellence. 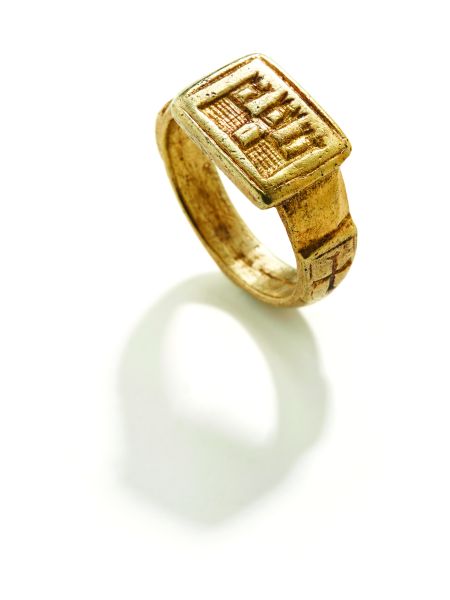 “Jewelry making has been practiced in Greece for thousands of years and as a result we currently have amazing craftsmen and extremely talented designers who not only continue the tradition but also introduce new forms and designs in the international jewelry designer scene,” said Elena Syraka, another of Vanity’s 12 modern designers, who often references symbols of ancient Greek mythology in her work. “Attention to detail, inspiration from the vivid nature and colors of Greece and a strong heritage in fine and creative arts seem to be guiding modern jewelry creators.” In addition to Syraka, Souflia, Makri and Koulis, pieces were commissioned for Vanity from Lito, Yannis Sergakis, Sophia Kokosalaki (the fashion designer who launched fine jewelry earlier this year), Venyx by Eugenie Niarchos, Deux Hommes, Minas, Two is Company and Sofia Vamiali.

“Being a self-taught designer, history and tradition work both as an inspiration and a guide for me,” said designer Lito Karakostanoglou, who is known for unique interpretations of classic motifs like the evil eye and a honeycomb pattern. Her latest offerings, including the choker she designed for Vanity, focus on clean, fundamental shapes. “Greek freedom of expression, the belief that anything is possible, as well as respect for [jewelry-making] materials have been a huge influence,” she said. Souflia, whose signature is her combination of typical fine jewelry materials like gold and diamonds with unconventional ones like marble from the island of Thassos, echoed Karakostanoglou’s reverence for her heritage. 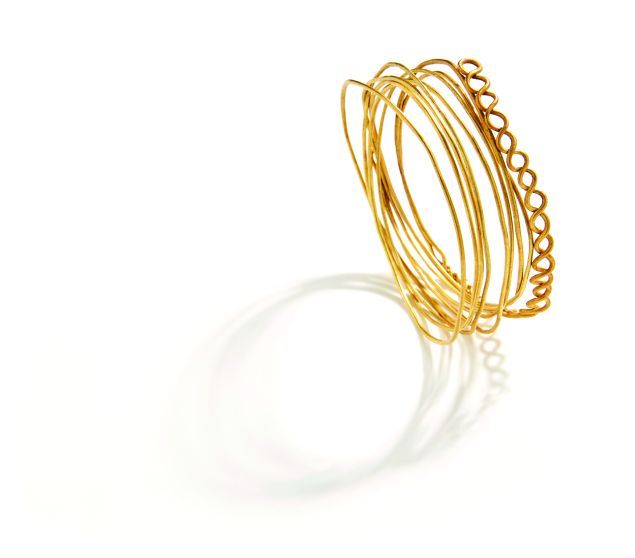 “Jewelry is a medium that Greeks become familiar with at an early age, and learn to see not only the beauty but also the artistry of the object, and the endless possibilities for creators to form and evolve metals or stones into beautiful adornments with strong messages and meanings,” said Souflia. “I came to appreciate the finesse and effortless beauty of Greek jewelry, as well as the impeccable craftsmanship. The combination of those two I believe shaped me as a designer.”

Syraka, who created a pendant for the exhibition redolent of the symbol for the ancient Greek deity Artemis, takes a literal approach to maintaining her connection to ancient Greek jewelry. “My creative goal is to translate powerful and iconic images of Ancient Greece to modern symbols, creating contemporary jewels that have their own distinct character. At the same time, I hope to present the rich heritage of Greece to a wider audience–my jewels becoming contemporary ambassadors of ancient forms and history.” 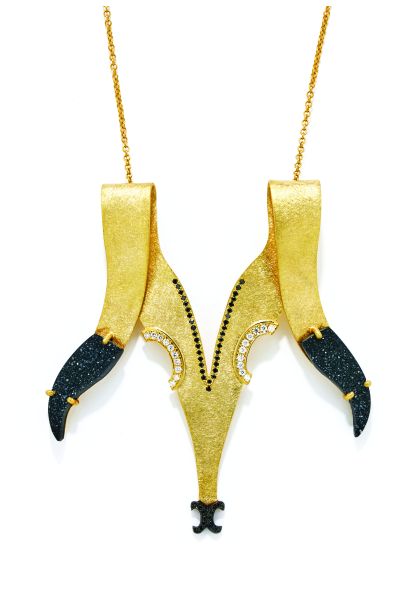 Whether creativity runs in Greek DNA or economic strife acts as an incubator for design innovation, a correlation between Greece’s jewelry history and present-day design abundance is apparent in Vanity. “I wouldn’t be the same designer if I wasn’t from Greece,” said Koulis.

“Vanity, Stories of Jewellery in the Cyclades,” will run through September 2017 at the Archaeological Museum of Mykonos, before traveling around the Cyclades. 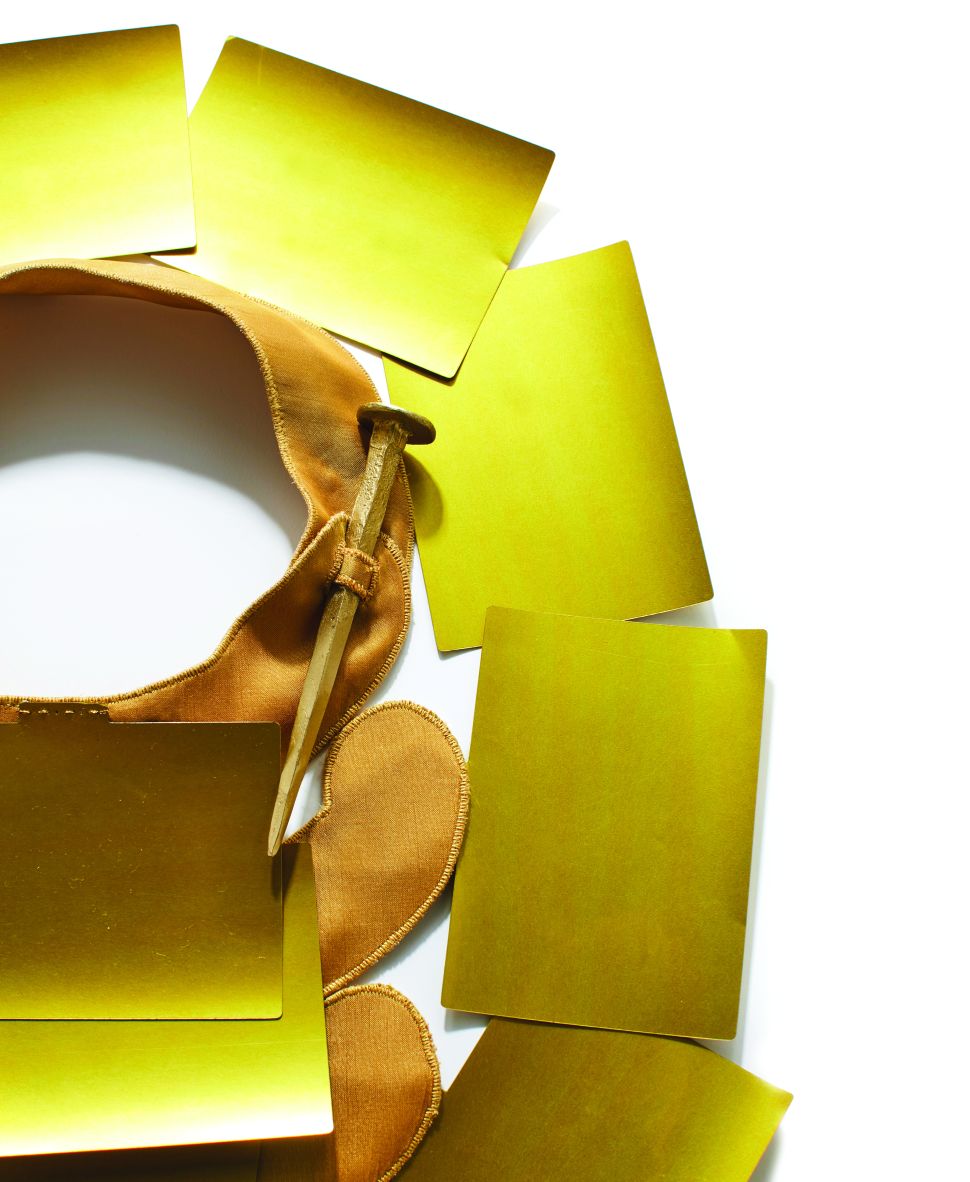