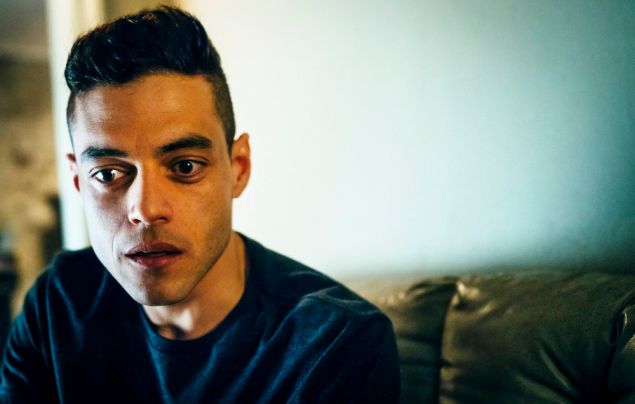 “This is just temporary. We did always have a destination“

In the age of streaming and instant narrative gratification, it’s hard to predict where a show will go when you’re waiting a full week between installments. Especially in a left-turn heavy show like Mr. Robot, and especially especially following an episode that included the Dark Army carrying out a bloody, disturbing mass shooting, Angela teaming up with FSociety to hack into the FBI itself and Elliot, on the ground, getting the shit kicked out of him by a group of cyber black market dealers.

With that said, I can say with the utmost confidence that you are a liar if you say you predicted this:

I’m expecting Mr. Robot viewers to be split right down the middle when it comes to the first 20 minutes or so of “Eps2.4_m4ster-s1ave.aes” which, yes, was completely executed in the style of a late-80s, early 90s sitcom, complete with saxophone opening credits, stilted on-the-nose punchlines, and a tinny laugh-track that sounds like it was recorded circa 1940, giving you the warm knowledge that the only people that found these jokes funny also died centuries ago.

If you hated it, groaned until we returned to present day with Elliot laid out in a hospital bed…I get it. In a lot of ways this was Mr. Robot at its worst. It was indulgent, and utilized a gimmick meant to be jarring for just a tad too long. It took a premise, an idea, and dragged it right to the borderline of Suicide Squad levels of trying too hard.

But, as an academic counterpoint, ALF JUST RAN OVER GIDEON GODDARD WITH A CAR. There were just so many great, small moments embedded among the absurdity of all this that I couldn’t help but love it. Tyrell Wellick, whose actual whereabouts are still unknown, escaping from the trunk and screaming “Help! I’m a businessman! A very important businessman“? Come on.

And it operated on a level above the pure visceral pleasure brought on by Christian Slater in a Hawaiian shirt, as well, thanks in to the efforts of Rami Malek. Helped in no small part by those trademark eyes of his, Malek played this entire thing like a lost astronaut walking across the surface of Mars for the first time, wary of everything, familiar or not. He clearly knows this is wrong. We clearly know this is wrong. But it’s grounded in a setting so familiar to most of us–at least, those of us born before 1998–that it makes moments already jarring, moments like Elliot’s mother repeatedly knocking out Darlene, or Mr. Robot murdering Tyrell with a tire iron, and makes them that much more disturbing. Forget the new Ghostbusters, THIS is an assault on our childhoods.

And it all comes back to that feeling of childhood in the end, doesn’t it? As it turns out this neon-colored construct isn’t a wall put up by Elliot but a shield created by Mr. Robot, to protect Elliot from the fists and feet of reality. “I was just trying to take those punches for you” he tells Elliot, in quite possibly the first moment Mr. Robot acts like a father in more than appearance and sound. Season two has been so concerned with a battle, a figurative (and disappointingly literal) chess match between two enemies in complete opposition, that to see Elliot thank Mr. Robot is the most jarring moment of them all, our first proof that the guy who ate his own vomit to continue a near-fatal Adderall binge might possibly, somewhere in there, actually care about himself. 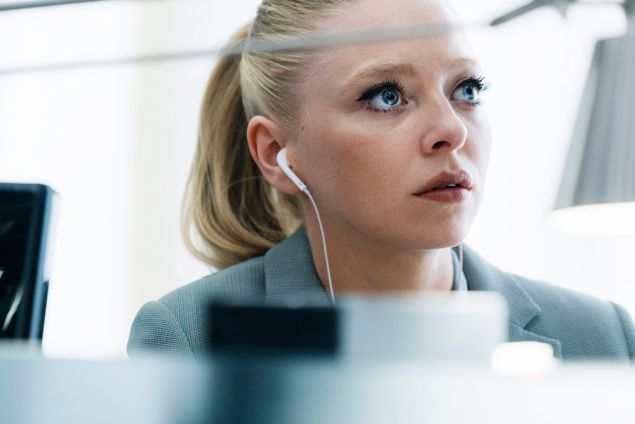 “You can’t teach someone to hack in one day.”

And now, a heist.

I have to call into question, though, the effectiveness of an entire floor of FBI agents who don’t notice someone looking as supremely guilty as Angela did. But I suppose that’s also to the credit of Portia Doubleday, an actress incredibly skilled at looking both icily calm and on the verge of a full-blown panic attack simultaneously. Having Carly Chaikin as the ever-present no-shit-taken voice in her head was just icing on an Ocean’s 11-shaped cake.

Credit to Esmail, as well, whose fondness for long tracking shots hasn’t overstayed its welcome (yet), because they’re never utilized for the same purpose. Where last week the camera stayed with Dom DiPierro throughout the Dark Army massacre to create isolated terror among chaos, here it manufactured a sense of urgency, the way Birdman highlighted the hectic process of putting together a performance. In a way, Angela is doing the exact same thing.

It only takes one wildcard to destroy even the most elaborate production, though, and Agent Dom DiPierro is basically the definition of the word. She interrupts Angela’s best laid plans with a friendly smile that could mean one of a thousand things, almost none of them positive for Angela. Birdman? Nope, this bird is cooked *cue laugh track and applause* 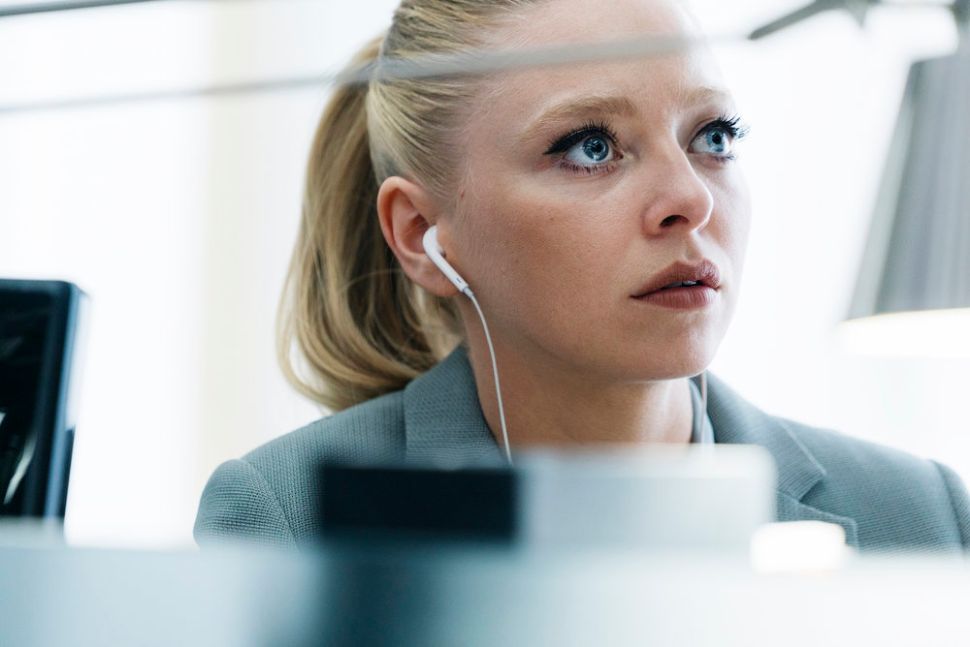