There is something supremely satisfying about setting an out-of-office-email response. It’s a response to the digital age we live in, where getting your inbox to read zero is an accomplishment on par with having your first child, where not responding in a timely manner to the office Gmail invite leads to firings, divorces and, I’m sure, no small amount of actual murders. It is deeply liberating to get the opportunity to tell everyone “I’m stepping away from this, all of this, and I’ll get back to the pile on my own terms.”

Which makes it that much more disturbing that Darlene, after murdering Susan Jacobs in cold blood (in her own smart home, no less), then took the time to set up an away message for E-Corp’s Madame Executioner. “Sorry for any inconvenience,” Darlene types for the woman floating dead a couple floors below.

Last night’s Mr. Robot, “Eps2.6_succ3ss0r.p12”, was essentially the series’ away message to anyone inquiring about the big Elliot twist from last week. “Yeah, we’re going to step away from that, whatever that was, for a little bit,” the show said. “Sorry for any inconvenience.” Luckily, Sam Esmail has crafted a cast of characters who can effectively carry an episode (with nary an Adderall fever dream in sight!), whose own “inconveniences” are rising like the value of E-Coin. Who needs huge, dramatic prison twists when you’re dealing with murder by stun-gun?

But first: Did FSociety really not plan for the possibility that Susan Jacobs just, you know, returned to her own home unannounced? Just because you Poltergeist a person out of their house by setting off their toaster alarms doesn’t mean they’re gone forever. To be fair to Darlene and Co., though, they’ve got a lot to think about. Properly producing mustachio-masked FSociety viral vids, for one. For another, the fact that the FBI has been orchestrating a warrantless back-door surveillance operation so large it makes Edward Snowden’s NSA whistleblowing look like a recess tattle-tale, which it used to whittle down the 5/9 hack to 16 suspects. One suspect is “deceased,” with the unspoken but high likely addendum of “shot in the head inside his weed garden.”

That’s been the overall theme of Mr. Robot‘s second season, the fact that even an accomplishment massive enough to change the world becomes very small very quickly in the rear view mirror. Constricting. Choking. An unbroken loop in the form of a persistent FBI and a worried Dark Army, steadily tightening around what remains of FSociety. Darlene, Mobley and Trent are far more trapped than Elliot, and that dude is actually in jail.

But as we’ve heard many times before, it’s the cornered animal who will taser you right in your heart condition (or something like that). Kudos to Mr. Robot for not dragging Susan Jacobs’ imprisonment out into an elongated will-they-won’t-they, à la Breaking Bad‘s “…and the Bag’s In The River.” Instead, through a quick, sudden death this show brought Darlene to life once again.

I’ve always had the feeling that Darlene’s involvement in FSociety’s crusade against corporate America is a far more intensely personal one than her brother’s. Where Elliot, or more accurately Mr. Robot, is grandiose, the dreamer, his mind so full of ambition he had to literally split it in two, Darlene is just pissed the fuck off, thank you very much; pissed at the one percent, at the idea of power, at the idea of unfairness in general, at you, probably at me. Which is why she was so hollow in the wake of the 5/9 hack. It was too big to really feel, you know? In taking down E-Corp Darlene shot an arrow into a dragon’s back, when she’d prefer to be sticking a knife into its belly.

Which is why there’s something to be said for the intimate nature of Darlene and Susan Jacob’s conversation under the warm blue lights of the underground pool. Darlene can only rest casually against the wall for a moment, but bridges the physical gap between them as she does the same thing emotionally; Darlene knows Susan. Has for years, for decades, since a 4-year-old Darlene saw Susan laughing all the way to E-Corp’s exoneration. By the time Darlene is within arm’s length Susan’s death isn’t a twist, it’s a foregone conclusion. Because this, this is what Darlene wanted from the start: Every single thing wrong with E-Corp, everything it has done to the world, to Darlene’s family, packaged not in some grandiose idea but in a living, breathing person, kneeling before her. Close enough to touch. Close enough to kill, a stun-gun offering a more permanent conclusion than any hack ever could.

But just like with the 5/9 hack, it is Darlene’s reaction after killing Susan that paints the clearest picture. Carly Chaikin does a fantastic job of taking the coldness out of a cold-blooded murder. “I don’t feel bad,” she tells Cisco afterwards, and you both believe her and smell bullshit stronger than the stench inside that animal shelter’s furnace.

“Let’s get some sleep,” Cisco offers in return, because there is nothing that can’t be fixed with rest. That’s what we tell ourselves, at least. But that’s a funny thing, isn’t it, that we wait for the day when we can step away from mounting stresses, set that email away message and go sit on a beach somewhere, and then…what? We check the emails anyway. We have to. It’s practically hardwired at this point. We need to know. We always need to know. And it’s that need to know that keeps us trapped, that keeps Darlene trapped, that leads to her signing into Cisco’s computer, discovering that his loyalty will always be to The Dark Army. “I have her,” he wrote to the world’s most dangerous hacking group. “She’s with me.”

We end on the real-life equivalent of sending a message to someone we love, a person we trusted, and getting that away message in return — a wooden baseball bat to the face.

Sorry for any inconvenience.

“What we did was colossally fucking stupid“

Something that Mr. Robot’s second season has pulled off masterfully is demonstrating what an absolute damn horror show it is to feel surrounded on all sides, something pulled off perfectly with the tension building this episode around Trent and Mobley.

Trent and Mobley are two of the least explored characters in Mr. Robot‘s universe, which funny enough adds to their predicament. It’s one thing to know the entire world is looking for you, but it’s another to be completely expendable. A piece of bait still gets swallowed up at the end of the day, after all. Dominic DiPierro even says it to Mobley, in the FBI’s headquarters: “We want Tyrell Wellick, not Tyrell Wellick’s DJ.”

But Tyrell Wellick is missing, and Elliot is still in jail. It’s people like Trent and Mobley left to pick up the pieces of something far larger than them, although it started in a small coffee shop with shitty WiFi. It’s almost heartbreaking to watch Trent and Mobley pre-FSociety, comparing download speeds and bitrates in some sort of hacker’s meet-cute. But it’s more than that, isn’t it? It’s an indoctrination, ending with some prepared words from Elliot, something “top secret,” about the “top 1% of the top 1%.”

Words that, you may remember, are the very first words Elliot says to us, the imaginary friend in his head, in Mr. Robot‘s first episode. That’s why we feel so strongly for Trent and Mobley in this moment. Because we can relate. We’re just as stuck in this as they are. Have been from the beginning. 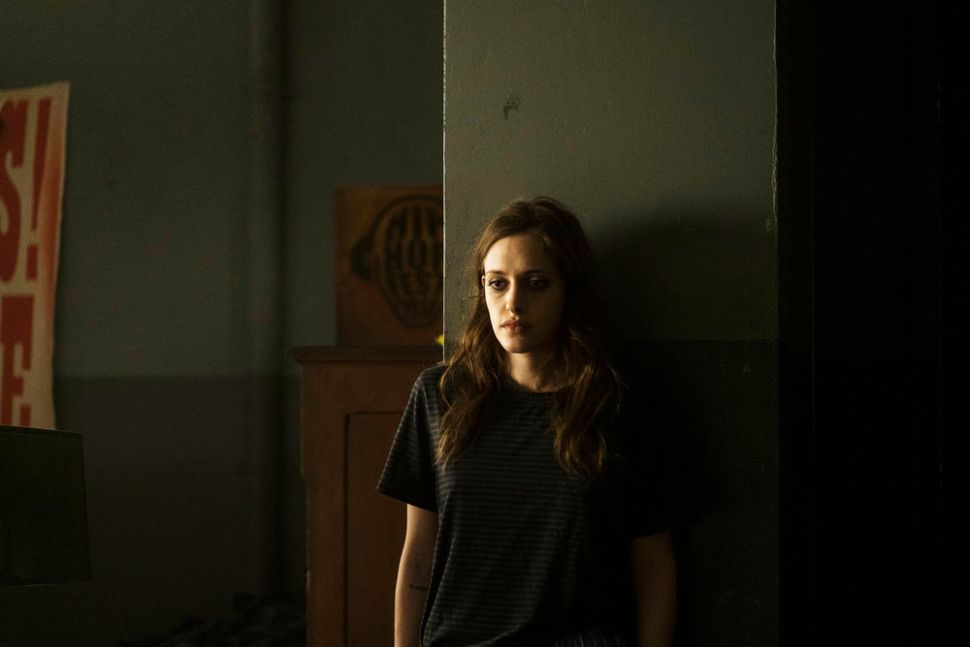