Observing a pianist at a recital—converting musical notations into precisely timed finger movements on a piano—can be a powerful emotional experience.

As a researcher of neuroscience and a pianist myself, I understand that the mastering of this skill not only takes practice, but also requires complex coordination of many different brain regions.

Brain regions—that are responsible for our hearing, sight and movement abilities—engage in an amazing symphony to produce music. It takes coordinating both hands and communicating emotionally with other players and listeners to produce the magical effect. The combination of such demands is likely to influence brain structures and their functions.

In our lab, we want to understand whether music training during childhood improves brain functions for processing sound more generally. These functions are important for the development of language and reading skills.

Over the past two decades, several investigators have reported differences in the brain and behavior of musicians compared to nonmusicians.

Music training has been found to be related to better language and mathematical skills, higher IQ and overall greater academic achievement. Also, differences between musicians and nonmusicians have been found in areas of the brain related to hearing and movement, among others.

However, the interpretation of the findings remains unclear. For example, the differences reported between adult musicians and nonmusicians might be due to long-term intensive training or might result primarily from inherent biological factors, such as genetic makeup.

Or, as with many aspects of the nature-versus-nurture debate, the differences may well result from contributions of both environmental and biological factors.

One way to better understand the effects of music training on child development would be to study children before they start any music training and follow them systematically after, to see how their brain and behavior change in relation to their training.

It would involve including a comparison group, as all children change with age. The ideal comparison group would be children who participate in equally socially interactive but nonmusical training, such as sports. Follow-up assessments after their training would reveal how each group changes over time.

In 2012, our research group at the Brain and Creativity Institute at University of Southern California began a five-year study that did just that.

We began to investigate the effects of group-based music training in 80 children between ages six and seven. We have continued to follow them, to explore the effects of such training on their brain, cognitive, social and emotional development.

We started the study when one group of children were about to begin music training through the Youth Orchestra Los Angeles program. This free community-based music program was inspired by El Sistema, a music program that was started in Venezuela and proved to be “tranformative” in changing the lives of underprivileged children.

The second group of children were about to begin a sports training program with a community-based soccer program. They were not engaged in music training.

Each year, we meet every participant and their families at our institute for a testing period over the course of two to three days. During this visit, we measure language and memory abilities, capacity to process music and speech, and brain development of each child. We also conduct a detailed interview with their families.

At the beginning of the study, when children did not have any music or sports training, we found that the children in the music training group were not different from the children in the other two groups. Specifically, there were no differences in the brain’s intellectual, motor, musical and social measures between groups.

How our brain processes sound

The “auditory pathway” connects our ear to our brain to process sound. When we hear something, our eardrums receive it in the form of vibrations of air molecules. That is converted into a brain signal through a series of elegant mechanisms in the inner ear. That signal is then sent to the hearing area of the brain referred to as the “auditory cortex,” located near the sides of the brain.

Using different tasks, we measured how children’s brains register and process sound before taking part in their training and each year thereafter with a brain imaging technique called electroencephalography (EEG). This systematic investigation allowed us to track the maturation of the auditory pathway.

In one task, for example, we presented pairs of unfamiliar musical melodies to children while recording the signal from their brain, through EEG. The pairs of melodies were either identical or occasionally had tonal or rhythmic irregularities. We asked the children to identify whether the pairs were similar or different.

We checked how successfully children could detect whether the melody pairs were different and the corresponding brain responses to these occasional differences. That allowed us to measure how well the children’s brains were attuned to melody and rhythm. In general, the brain produces a specific response when detecting an unexpected change in a pattern of sound.

How music training develops the brain

That indicated that children undergoing musical training were more attentive to the melodies. Children in the music group also had stronger brain response to differences in pitch compared to the children in the other groups. We also observed that musically trained children had faster development of the brain pathway responsible for encoding and processing sound.

Three years of this study remain. But these interim results are promising. They support previous findings on the positive impact of music training on brain development.

Our findings suggest that music training during childhood, even for a period as brief as two years, can accelerate brain development and sound processing. We believe that this may benefit language acquisition in children given that developing language and reading skills engage similar brain areas. This can particularly benefit at-risk children in low socioeconomic status neighborhoods who experience more difficulties with language development.

We hope that the findings from this study will not only lead to a better understanding of the benefits of musical training but also provide further insights into the social and psychological merits of music education for children in underserved communities.

Assal Habibi is a senior research associate at the University of Southern California – Dornsife College of Letters, Arts and Sciences. This article was originally published on The Conversation. Read the original article. 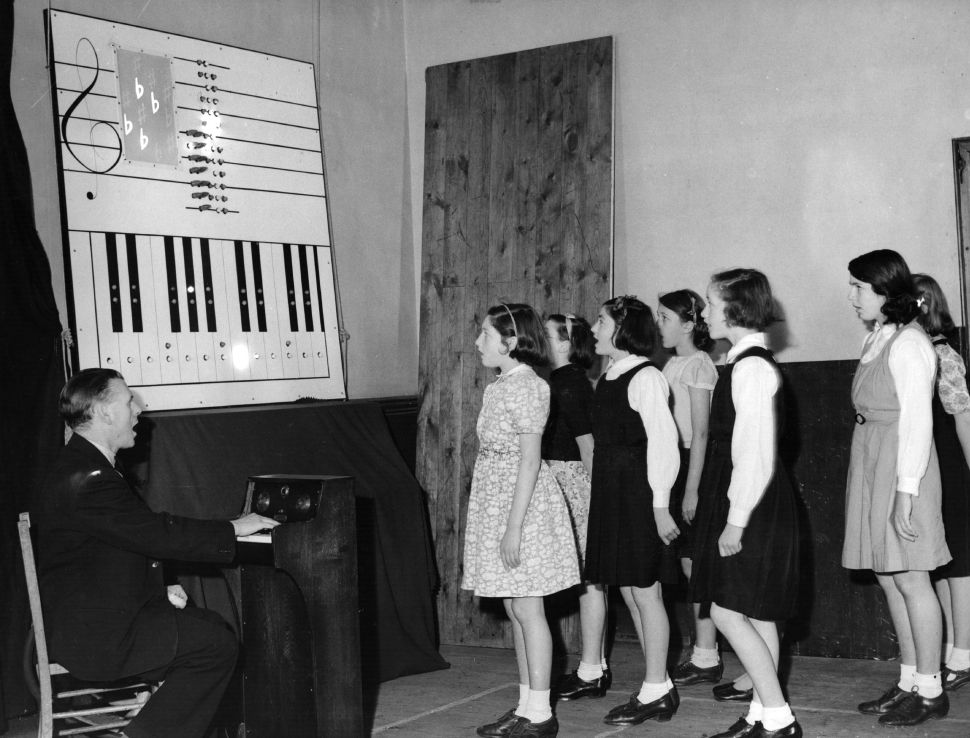