It’s Friday, and the end of the week brings us a report that special interests continue to pour more and more cash into New Jersey political races. Meanwhile, the Asbury Park Press reports on the efforts by some state legislators to make it easier for cops and residents here to arm themselves with stun guns. And the Wall Street Journal tells us Gov. Chris Christie is looking toward big donors to help him with funding for a Trump transition effort. For all this and a roundup of the rest of the state’s political news, read on.

Quote of the Day: “New Jersey wants to maintain order. But from my perspective, the probability of abuses with respect to using stun guns is small. I think the benefits far outweigh the risks,” – New Jersey Assemblyman Michael Patrick Carroll, on his efforts to lift a ban on stun guns in the state.

Influential black leader leaving N.J. to head the AME church in Georgia
Bishop Reginald T. Jackson, the former executive director of the Black Ministers Council of New Jersey and a leading figure in the state’s black community, has been named to lead the more than 500 African Methodist Episcopal churches in Georgia.
Ted Sherman, NJ.com Read more

N.J. well water is among nation’s ‘most corrosive,’ report says
New Jersey’s groundwater is among the “most corrosive” in the nation, putting the state’s nearly 1 million people who rely on private well at risk for lead exposure, according to a report in the Wall Street Journal.
Susan K. Livio, NJ.com Read more

Trenton City Council Again Snubs School District
City council has sent Trenton public school officials to the principal’s office twice.
And both times, the district has left with nothing but a scolding.
David Foster, The Trentonian Read more 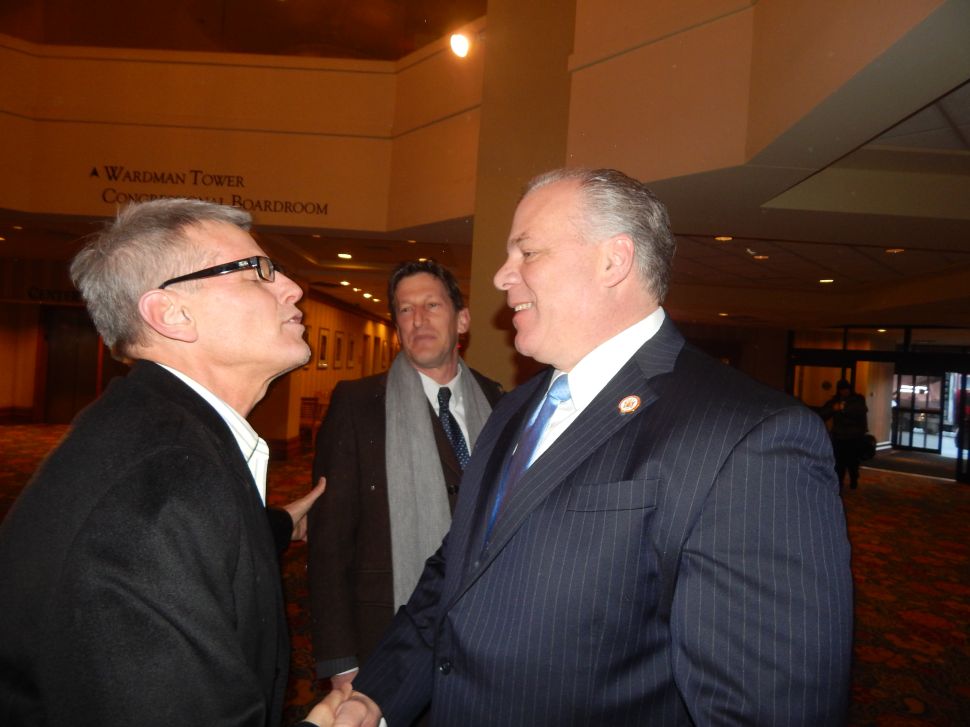