Now that we’re 2/3 of the way through the 2016 Summer Olympic Games, it’s time to once again assess just how NBC is covering this momentous event.

Here’s what they’re getting right:

NBC’s Streaming Service – the net is doing a great job of making live sports, virtually every sport, available for those who want to watch competitions in real time. Having said that, some of the feeds are not that great, with static shots, but at least the lesser known sports are still available. This is a huge undertaking and so far it’s been easily accessible and that’s no small feat.

The Presence of Leslie Jones – after proving that she’s a superfan on Twitter, NBC wisely made the decision to get Jones to the games. It’s fun (and she’s damn funny!) to watch the games through her eyes. You see, sometimes people don’t want to hear an expert pontificate about something, they just want to watch someone who’s super hyped what’s going on, and that’s Leslie Jones.

Highlighting Sportsmanship (and lack thereof) – NBC hasn’t backed down from reporting about bad behavior at the games (we’re talking about you Hope Solo), but what’s important to show athletes of all ages is that there are competitors out there who care about their peers, no matter what country their from. Case in point, when American runner Abbey D’Agostino and New Zealander Nikki Hamblin got tangled up in the 5K and fell to the track, they helped each other finish the race. Yes, watching athletes compete and win is great, but this was so much more than that.

Showing the Love! – There have been two marriage proposals, one a male athlete climbing into the stands to propose to his supportive girlfriend, and the other a male who proposing to his girlfriend just after she’d won medal in diving. NBC wisely highlighted these testaments of love, and really, who doesn’t want to see that?

Staying The Course (Good) – This is a major production and after a week of nonstop attention, anyone can get tired of anything. While the primetime coverage hasn’t been great, NBC is clearly still trying to put on a good show every night — and every late night and every morning on the Today show. There’s no denying that they’re doing what they can to continue to be a constant cheerleader for the games. And, this is hard given that we’re a short attention span society and that there is also a faction of people who’ve tuned out now that that the swimming part of the games is over. Keeping the momentum going is tough, but NBC is giving it their all in this area.

Unfortunately, with the good, there’s also some bad:

Staying The Course (Bad) – In a different aspect of keeping-on, with all the criticism already heaped on them, NBC hasn’t seemed to make any changes to their primetime show in order to satisfy viewers. This is especially true in the showcase events which they’re still airing too late in the broadcast for kids and young adults to watch. This is particularly frustrating now that school has started in many areas of the country. Parents can’t just simply say, ‘oh, it’s the summer, we can let the kids stay up late to watch.’

Too Much Distraction – Using a random sampling of a few hours of the primetime coverage, a pattern shows that there’s really only about 40 to 47 minutes of actual coverage of the games in a given hour. During a five hour broadcast, that’s only between 3.1 and 3.9 hours of real sports. Again, in a random sampling of an hour, there were eight automotive ads, four show promos for new NBC shows, and four movie trailers amid the 38 total ads. That’s a lot of ads… in one hour. This isn’t really NBC’s fault as they’re locked into these contracts right now, but with the 2018 winter games on the horizon, it’s clear that some changes to this aspect of the broadcast need to be considered.

That Late Night Show – In concept, it’s a cool idea – broadcasting a show from the beach at night, but why Ryan Seacrest? Why not Jimmy Fallon, NBC’s late night king? In truth, Seacrest isn’t doing a bad job, and he certainly has a place on the Olympic broadcast team, but it would be really fun to see Fallon doing his show on that beach. (And, that would be some great synergy for NBC, right?)

You’re Interviewing Who? Now? – Speaking of those winter games, sure, NBC wants to remind viewers about them, but did they really need to spend precious primetime minutes having Bob Costas interview Snowboarding Gold Medal winner Shaun White about….virtually nothing? That’s some bad show stacking there. (If you’re unfamiliar with show ‘stacking,’ check out my last piece about the Olympics here.)Well, as there are five positive notes listed here and only four negatives, it seems that NBC is sort of winning the Olympic broadcast game. But let’s remember, it’s not too hard to win a game….especially when you have no competitors. 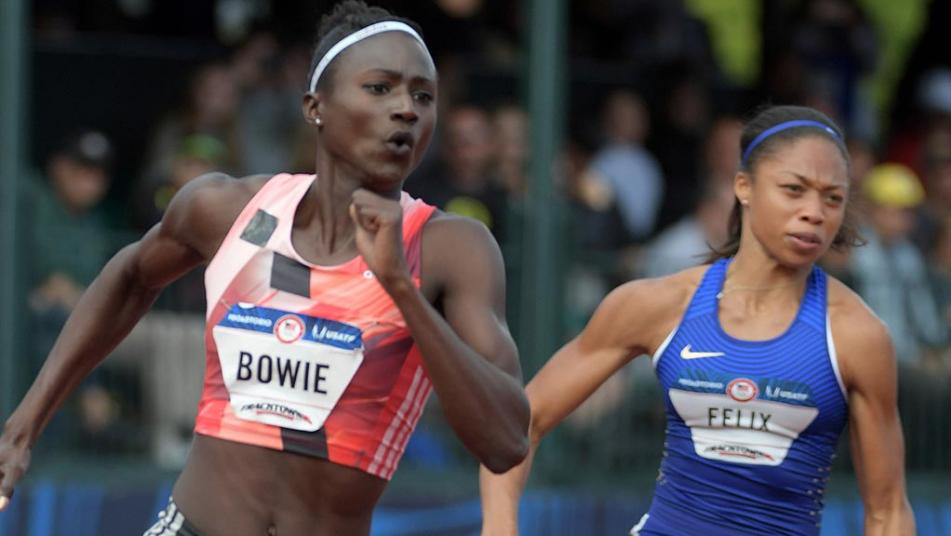