Although some Council members see the departure of Police Commissioner Bill Bratton as a chance to push forward a package of police reform bills known as the Right to Know Act, the incoming commissioner said he’s sticking with the back-room deal made between Bratton and Council Speaker Melissa Mark-Viverito.

Brooklyn Councilman Antonio Reynoso and Bronx Councilman Ritchie Torres—who introduced the bill that would require officers to identify themselves and inform civilians of their right to refuse a search—are working to bypass Mark-Viverito, who forged a deal with Bratton that would adopt some provisions of the act into the Patrol Guide rule book and mandate retraining of police officers. Torres recently said that he sees Bratton’s departure as an opportunity to push forward the legislation.

But O’Neill does not have any intentions of making any changes to that deal, insisting that they have come too far in the process to return to the negotiation table.

“This is, I’ve been part of the process of the, the amount of time it’s taken,” O’Neill said at an unrelated press conference at One Police Plaza providing an update on crime in the city. “It was a long hard road to get to where we are, so I’m totally committed to the deal that was made.”

O’Neill’s comments come after Mayor Bill de Blasio himself defended his decision to appoint another white, Irish commissioner at a time when tensions between police and communities of color are in the spotlight.

The mayor said O’Neill is well-suited to tackle racial tensions around law enforcement, calling him the author of his neighborhood policing program in which police officers meet with community residents and leaders. (He did, acknowledge, however, that O’Neill would have a tough job ahead of him in working to mend police-community relations.)

Rev. Al Sharpton also recently called on the incoming commissioner to meet with him “immediately” and said that although he has a record in community-police affairs, he needs more information about his vision for policing. 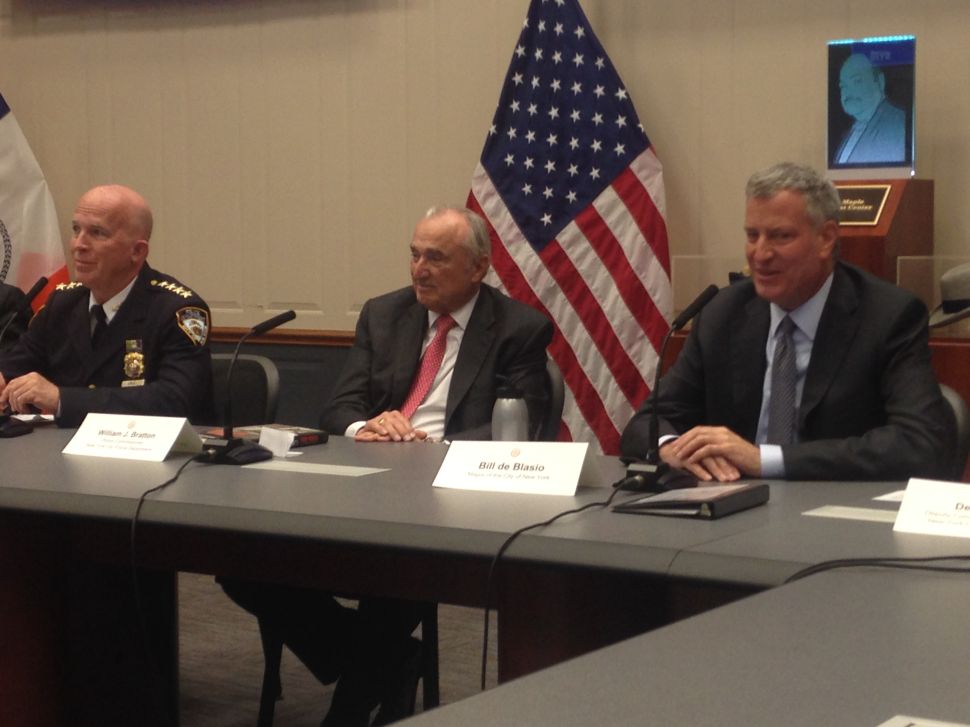