On a recent evening, plastic surgeons from NYU Langone’s Hansjörg Wyss Department of Plastic Surgery gathered in a suite at the Soho Grand Hotel to talk face transplants, the future of Botox and why more men are seeking out surgeons. “The Cutting Edge of Beauty” was a chance for physicians to explain how the industry is changing, especially when it comes to easy, noninvasive liposuction alternatives–of which there are many. The talk opened with remarks from the chair of the department, Eduardo D. Rodriguez, MD, who recently completed the most extensive face transplant in the history of the world–and yes, there were pictures. But the true focus was on how plastic surgery is changing, from the stigma to the procedures.

If you are considering a few nips or tucks, Dr. Rodriguez said to make sure the facility you choose is accredited and to ensure board certification of plastic surgeons and anesthesiologists. “Every surgeon has their own expertise,” Dr. Rodriguez told the rapt audience. “A patient may come and want eyelid surgery, a facelift, a tummy tuck and a breast lift, and it’s not the old style of mom and pop shops where one surgeon will perform everything. We will actually bring in experts within our faculty to ensure you have the best quality results.” While it is possible to channel your inner Heidi Montag, it’s not recommended.

“We even see couples coming together,” Dr. Rodriguez told us. “The husbands are not shy requesting their surgical procedures. It’s almost an interesting competition as who’s going to get what. We’re seeing a lot more reduction in male breasts, we’re seeing increasing non-invasive procedures–filler, botox (a little bit more on the botox side than the fillers for males)–liposuction. As we’re getting close to the summer we see an increase in these types of procedures, especially liposuction in men,” Dr. Rodriguez reinforced. “It’s kind of interesting, what’s happening with the male world. They’re not as embarrassed as they used to be. I think we’re in a society that’s much more self-conscious. It’s no different than going into the unisex hair salon.” Much like men getting their brows done, plastic surgery for guys is becoming far more acceptable.

Dr. Rodriguez’s opening was followed by a talk from Alexes Hazen, MD an associate professor who’s an expert on breast, transgender and non-invasive aesthetic surgery. She focused on how liposuction options are changing. “In recent years, we’ve found new ways and new technologies to get rid of fat. We’ve also found new ways to use fat as augmentation, not only for cosmetic purposes, but also for reconstructive purposes,” Dr. Hazen said. She described the BTL Vanquish Me in detail, a machine that literally melts your fat right off.

“Vanquish [Me] is [a] radio frequency, non-invasive, fat melting machine. It’s sort of too good to be true…but this does work. And it basically is a band that goes around the trunk, they have attachments for the legs. It’s essentially heat that then melts the fat, and your body processes that, and it secondarily has a little bit of a skin tightening effect. It also heats the skin and the underlying collagen, and that actually has a transformative effect,” Dr. Hazen explained.

“One of the things that has really evolved over the past ten years is we can take fat from where you don’t want it, and put it where you do want it,” Dr. Hazen continued. “So, if you have a little extra fat in your belly, but you want to augment your buttocks, cheeks or lips–I’m sure you all know we use filler for those things, often that we buy–but we can also use fat. One of the advantages of fat is that the fat will last, as opposed to all the other fillers, which have a life span,” Dr. Hazen told the audience.

She went on to describe two other options, CoolSculpting and Kybella. CoolSculpting freezes the fat and destroys it, but unlike Vanquish Me, it’s not as comfortable and it’s a longer process. Kybella is another new procedure that uses injections in the neck as an alternative to surgery. Once you are injected, the fat will start to dissolve. Dr. Hazen explained that while it’s not good for large volumes, but is very effective for small areas, making it a noninvasive and easy alternative to liposuction.

Dr. Hazen has seen the elderly come in for more plastic surgery than ever before, which Dr. Rodriguez also remarked on. “It’s not unusual for an octogenarian to get even a breast augmentation,” she explained. “We are living much longer, people remain in the workplace for years and years and years, nobody retires at 60 anymore. So people want to remain competitive, and if you live to a certain point and you’re healthy, you’re not taking medications, the risk of surgery isn’t any greater than it is for a young person. We’re operating and doing many non-invasive procedures for older patients. Sometimes they end up coming to you a little bit reluctantly, because there is a little bit of a societal stigma against somebody in their 70’s or 80’s getting surgery, but if they’re perfectly healthy it makes absolutely no difference. The other trend in that is non-surgical. We see a lot of patients who might get botox, fillers, peels or lasers who are older–both men and women.” Before you imagine that these liposuction procedures are only for middle-aged women, think again. Everyone wants an easy fix when it comes to weight–even elderly men. 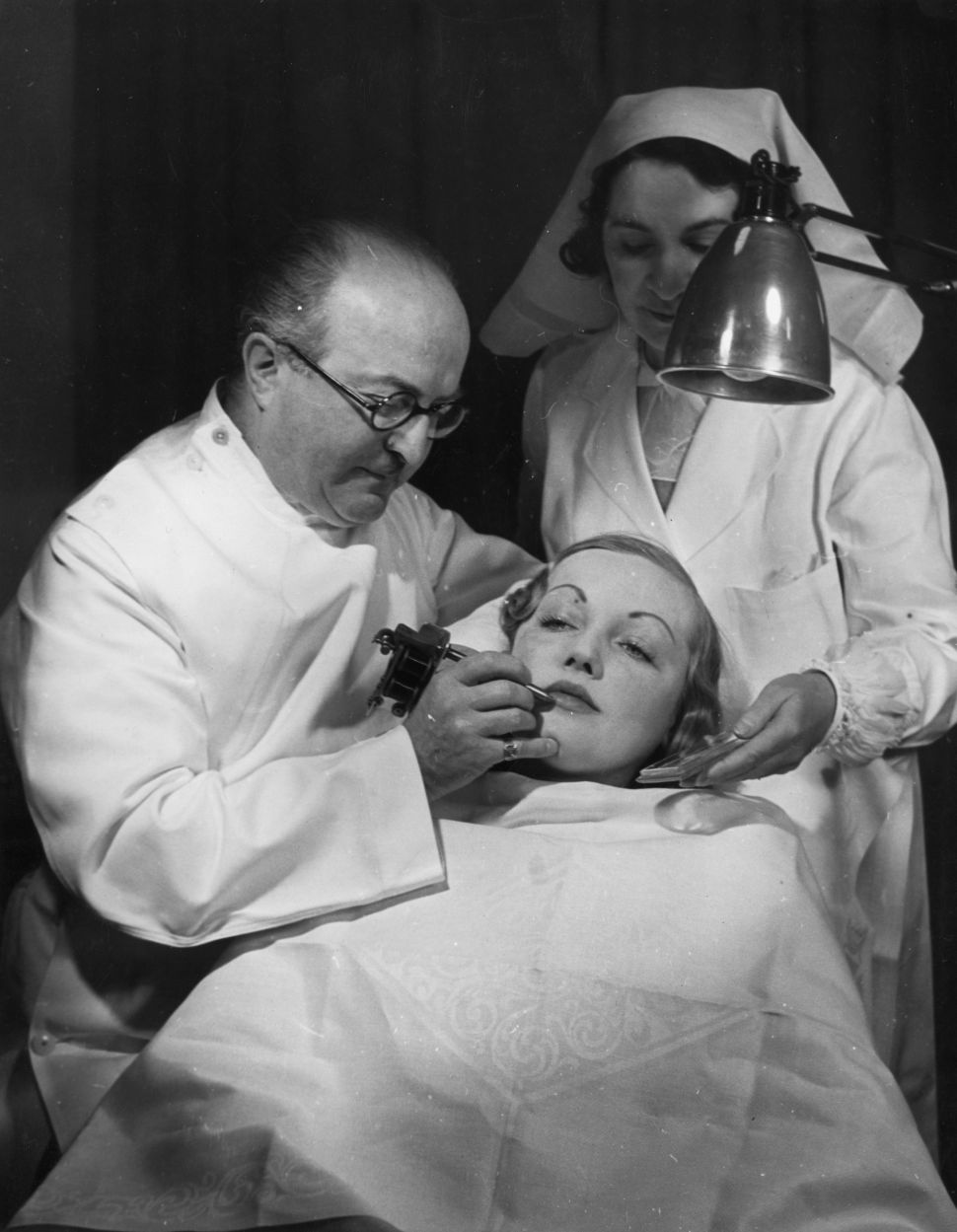