The executive editor of The New York Times, Dean Baquet, is renowned for his long, honorable journalism career, which includes the Pulitzer Prize. But it was his even temper and calm disposition that made him the choice of publisher Arthur Sulzberger, who selected Baquet, to lead the newsroom following the ouster of his Times predecessor, Jill Abramson.

And mostly it’s worked. The Baquet era has brought stability to an institution that had endured much tumult under Abramson, even as her changes improved and enlivened much of the paper’s coverage. But editor-in-chief is a pressure-packed job, so it’s perhaps not surprising that Baquet is capable of blowing his stack. Especially when prodded by a professional gadfly.

Evan Gahr is a columnist for the conservative web publication Daily Caller. He used to work at The New York Post. Back in February of this year, he reported that the Department of Homeland Security had fired a whistleblower named Taylor Johnson after she protested a visa program for foreign investors championed by the son of Senate Minority Leader Harry Reid.

According to Gahr, he fed the story to Ron Nixon, who covers DHS for the Times. Gahr told the Observer that he “spent one month giving contact info and documents. [Nixon] reported the dismissal about five weeks later—hey, why rush?—without crediting me.”

Nixon’s story on the EB-5 visa program did indeed come out and included a paragraph about Johnson. Gahr began complaining about the lack of credit and said that his entreaties fell on deaf ears.

Then in June, he got a strange idea. He created a character called Fang Wu and emailed Baquet to see if he could entrap Baquet into ordering the removal of information about an embarrassing discrimination lawsuit the Times was dealing with from the Wikipedia page of chief revenue officer Meredith Levien.

Why it would even be troublesome to Gahr or anyone else if Baquet did this is unclear. But it’s funny, and it seems to have “worked.”

“I emailed [Baquet] from my FangWu account and said I am a Chinese-American activist and really appreciate your coverage of issues of importance to my community. Just wanted to let you know that somebody added the race discrimination lawsuit against Meredith Levien to her Wiki page. He wrote back to ‘Fang Wu,’ ‘Thanks so much,’ and forwarded the email to [Times communications director] Eileen Murphy. Within hours at around 3 a.m. somebody removed it from the Wiki Page.”

Gahr, who has a fascination with race and journalism, reported the scrubbing but wasn’t quite ready to let go of his six-month pursuit of credit for his DHS idea. He broadened his search for justice, emailing Washington reporter Carl Hulse. Hulse told Gahr, “U shd contact Elisabeth Bumiller, the bureau chief.” Gahr emailed Bumiller, cc’ing Nixon. And then, according to Gahr, “Last week, I asked Dean Baquet to give me credit for the DHS story. And we had what The New York Times might call ‘a frank and spirited exchange of views.’ ”

On August 1, in an email for which the subject reads, “Ron Nixon stole my scoop about DHS firing an ICE whistlebloer [sic],” Gahr wrote, “Dean, maybe you email this to the right person as quickly as you did Fang Wu’s email about Meredith’s Wiki page.  Seriously. You can’t go around stealing stories from me just because I don’t write for Politico. [Nixon] reported it five weeks after I did and ONLY knew about the whole thing because I sent him my story and supporting documents. You need to follow NYTimes policy and give me credit. Please don’t tell me to talk to the standards editor. He ignored multiple inquiries. Thanks.”

Gahr replies “I can’t? But it was OK Mike Wallace did that kind of thing? You realize he went undercover right? So you’re not giving me credit because I used a fake name?” Then he goes into some detail about his obsession with the Wikipedia page and how its having been edited at 3 a.m. proves that either Baquet himself or Murphy did the editing.

Baquet fires back at a length that some might consider surprising, given the difference in stature of the two correspondents.

“Evan, You can do whatever you choose,” writes Baquet. “But so can I. I choose to say you have an inflated view of yourself if you think I’d go into Wikipedia and make a change for fear of you. You’re losing it man. Get a grip. Stop making up names. I don’t read you. I don’t know you. And I really don’t care what you think or write.”

Gahr is not one to back down. He asks, reasonably enough, “If you don’t care what I think or write why do you spend so much time emailing back and forth with me?” He points out that his reporting was cited by the Senate Homeland Security Committee to the DHS Secretary.

At this point, things took an even uglier turn. Gahr wrote, referring to Baquet and Nixon, both of whom are Africa-American, “You don’t have a problem with [Nixon] just stealing my work? Did both of you take it as some kind of reparations for slavery?”

Baquet wrote back immediately: “Oh, and by the way? The reparations comment? Fuck you.”

Baquet told the Observer this morning, “I think if you read it you will see I was polite until he chose to reveal himself as a racist.”

The Times has frequently been accused of being stingy with credit, including by me. But journalists also suffer from permanent aggrievement, particularly with the Times, and it’s perhaps unrealistic to expect the editor-in-chief to adjudicate a spat of this insignificance. On the issue of crediting other journalists, Baquet told the Observer, “I strongly believe in giving credit. I started in smaller news outlets, and I hated it when I wasn’t given my due for a scoop. We try harder than people know, and I think we are usually good at it. But of course, we miss sometimes. Hard not to in a media landscape that now includes so many publications. And we are scrutinized more than anyone else, and we simply cover more than anyone else.”

In addition to the curse-word deployment, other interesting details emerged. For one thing, Gahr admitted to me that it was he who added the Levien lawsuit to Baquet’s Wikipedia page in the first place. When he emailed Baquet in the character of Fang Wu, he said something to the effect of “Hey, somebody added this to your Wikipedia page…I think it might be that Evan Gahr character.”

Baquet denies removing the Levien reference, telling the Observer, “Of course, I didn’t go into Wikipedia.”

As for the reparations remark, I told Gahr, “That was an obnoxious thing to say,” and asked, “Were you trying to bait him?” He replied, “Of course. Is there something wrong with that? I was mocking the Times‘ liberal attitude.”

In April, Sridhar Pappu (who worked at the Observer once upon a time) wrote a story for the Times Style section about the Twitter firestorm that erupted when writer Gay Talese could not name any woman writer besides Mary McCarthy who had inspired him. In an extraordinary public rebuke, Baquet posted a note criticizing Pappu for allowing Talese to call Nikole Hannah-Jones, a staff writer at the Times magazine, “duplicitous” without including her reaction to the charge or that of Baquet himself. (According to Erik Wemple, whom The Washington Post appointed to referee all intra-journalist spats, Pappu “made more than one request for comment to Hannah-Jones.”) Baquet concluded that Pappu’s story “was flawed and Nikole was treated unfairly” and regarding the Times itself, “Too often, we are clumsy in handling issues of race and gender.”

Clumsy in race and gender, maybe, but you’ve got to hand it to Baquet. When the situation called for a response that was more Lenny Bruce than Bob Newhart, he was ready with an F-bomb. 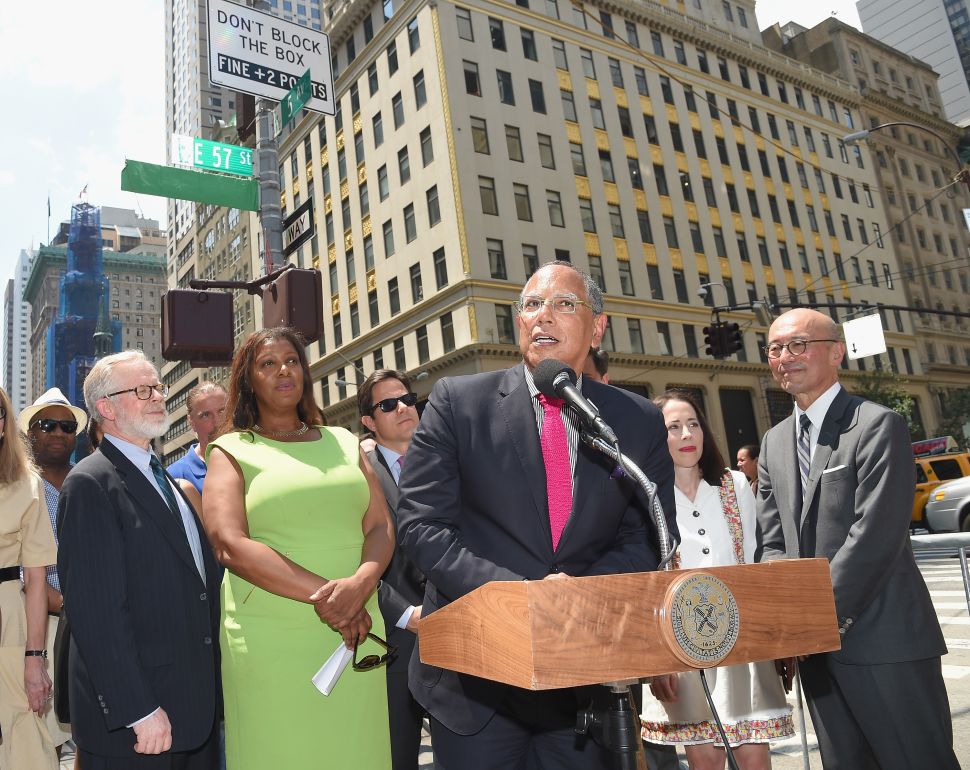