Donald Trump’s New York State campaign co-chairman insisted in an interview with the Observer on Thursday that President Barack Obama is a Muslim—and pointed to his handling of matters in the Middle East as evidence.

Speaking over the phone for an unrelated story, Carl Paladino—the 2010 GOP candidate for governor of New York—abruptly changed subjects and assailed the sitting president and his policies. The Buffalo-based real estate developer and Tea Party activist maintained that Obama, a practicing Christian, has sought to mislead the public about his religious affiliation, but that the citizenry has not fallen for his falsehoods.

“In the mind of the average American, there is no doubt he is a Muslim,” Paladino said. “He is not a Christian.”

By way of proof, Paladino seemed to argue Obama has taken a pro-Muslim approach in conducting American affairs abroad.

Conspiracy theories about the president’s supposed secret Islamic faith have circulated since he first ran for the White House in 2008. Such unsubstantiated assertions often highlight that his father was born into a Muslim family in Kenya, and that Obama received some instruction in the religion at the Indonesian public school he attended as a child.

But they do not account for why Obama for 20 years attended Chicago’s Trinity United Church of Christ, where the controversial Rev. Jeremiah Wright served as pastor, or why he has since worshiped at several churches in Washington, D.C.

Contrary to Paladino’s claims, the average American does not seem have some doubts that the president is a Muslim: polls indicate only 18 to 29 percent of the populace identify him as an adherent of the world’s second-largest religion. But surveys suggest a full two-thirds of Trump supporters believe the president has hidden his true allegiances to the Quran and the holy city of Mecca.

Italian-born underwear model Anthony Sabato Jr. also claimed the president was “absolutely” a Muslim shortly after his address to the GOP convention in Cleveland last month.

Prior to launching his presidential bid last year, Trump himself trafficked in related false claims that Obama was born outside the United States and is thus Constitutionally ineligible to serve as its commander-in-chief. Just yesterday, his former campaign manager and current CNN contributor Corey Lewandowski re-upped that conspiracy theory, saying that Obama’s Harvard transcripts, which he has not released, might have revealed whether he was admitted to the school as a citizen.

This is far from Paladino’s first brush with controversy. During his 2010 run for governor, he came under fire for comments he made about the attire at gay pride parades, and for a series of emails he had allegedly sent to friends and associates over the years—emails that included pictures of nude women, videos of horses copulating with humans and material that seemed to compare African-Americans to chimpanzees.

This is also not the first time Paladino has speculated about the president’s personal theology, as he suggested on the 2010 campaign trail that Obama “worships himself.” Paladino ultimately drew only a third of the vote against Gov. Andrew Cuomo, but he has since expressed interest in running for the highest office in the state again.

More recently, he attracted attention for comparing the president to a “raccoon in the basement” at a Trump rally. 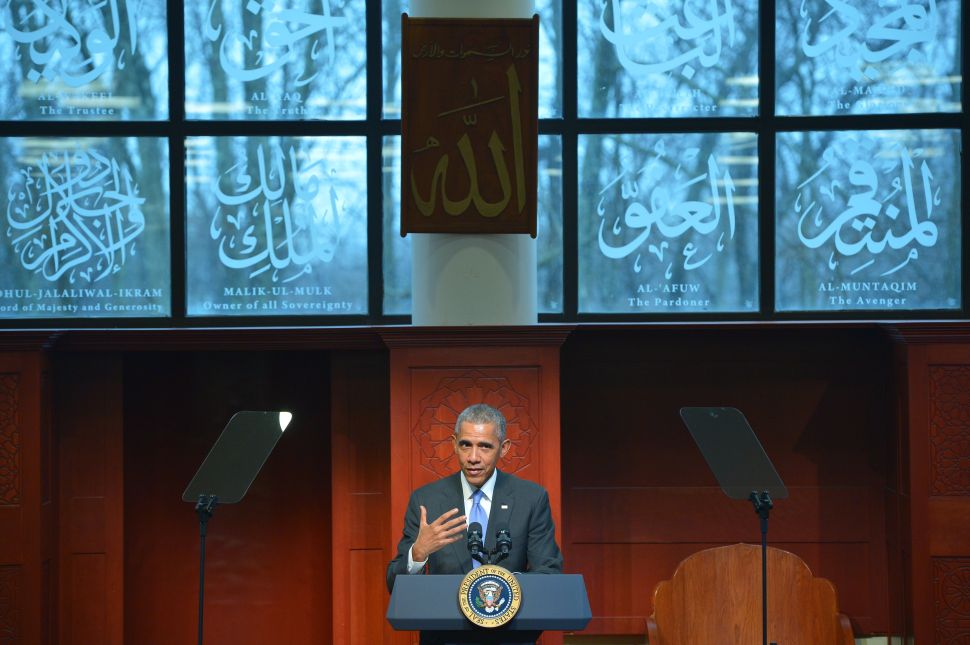