The Democratic National Convention was a disaster.

The media, to its credit, covered the protests from supporters of Vermont Sen. Bernie Sanders. But it was clear by Tuesday that the liberal media and Democrats wanted to move on and pretend the party was unified.

On Monday, reports of boos and jeers came from breakfast meetings of California, Florida and Pennsylvania. When House Minority Leader Nancy Pelosi spoke to California delegates, she was booed. When outgoing Democratic National Committee Chairwoman Debbie Wasserman Schultz spoke to Florida delegates, she was booed. And Sanders delegates refused to back Clinton at a Pennsylvania breakfast.

At the time, the media did report what was going on at the Democratic Convention, and even included protests led by Sanders supporters that took place outside Philadelphia’s city hall.

But by Tuesday, the narrative shifted to a party in unity, and evidence to the contrary was mostly ignored.

The catalyst for the new claim was First Lady Michelle Obama’s speech, which, although the best speech of the entire convention, didn’t magically unify the Democrats. Media outlets began claiming the party was united around nominee Hillary Clinton following the first night of speeches.

But for those of us on the ground at the Democratic Convention, this was not the case.

On Tuesday, even as the media reported unity, Sanders supporters walked out of the arena where the speeches were taking place and “occupied” the main media tent—where my colleagues at the Washington Examiner were working. They were chanting and yelling, and police were brought in to block more protesters from entering the building, leaving many inside.

On Wednesday, actresses Susan Sarandon and Rosario Dawson, along with Danny Glover, held a press conference inside that same media tent to decry the treatment of Sanders delegate Nina Turner. Turner, a former Ohio State senator, was supposed to speak at the Democratic Convention but was removed from the program without explanation. Sanders supporters believed it may have come from her unwillingness to support Clinton.

Supporters showed up to the press conference chanting and carrying signs that said: “I’m with Nina.”

On Thursday, the Young Turks’ Cenk Uyger held another press conference/media event in the same tent, where he discussed the unfairness Sanders supporters had received during the convention.

While all this was going on in the media tent, other protests occurred around the city. At Philadelphia’s city hall each day, Sanders supporters took to an erected stage to discuss the DNC and the “corporate media” supporting Clinton over Sanders. Their main frustration focused on the Wikileaks revelations that the DNC disparaged Sanders’ candidacy and may have rigged the primary in favor of Clinton. The leaks led to Wasserman Schultz’ resignation.

Even Sanders was booed when he tried to rally his supporters behind Clinton.

Those watching Clinton’s acceptance speech at home would have believed the crowd kept erupting into cheers of “Hill-a-ry,” similar to the “O-ba-ma” chants of 2008. That wasn’t the case. Those Hillary chants only sprang up to mask the jeers and boos of Sanders supporters.

The media might be trying to pretend the Democrats are unified while the GOP is falling apart over its nomination of Donald Trump, but at best, both parties are deeply divided. It’s why, despite the constant negative media attention to Trump, he’s only trailing Clinton by seven points in some polls, and is tied with her in some battleground states.

The Democratic Party is not unified, and no amount of media whitewashing will make it so. 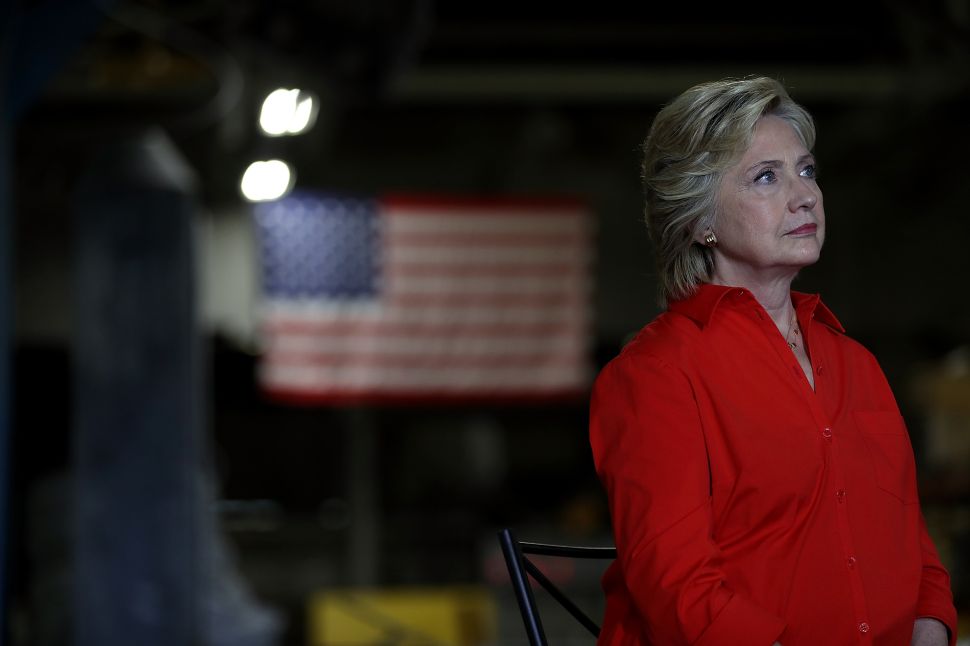