Facing numerous analyses showing his signature jobs programs misallocated resources and put few New Yorkers to work, Gov. Andrew Cuomo argued today that any such assessments are only a matter of political point of view.

Speaking after an unrelated event in the Bronx, the governor defended his attacks last week on state Comptroller Thomas DiNapoli, who released unflattering audits of two Cuomo programs this summer. The governor again insisted that those findings were just DiNapoli’s opinions, opinions which are open to debate given the comptroller’s history as an assemblyman from Long Island.

“I said these are matters where people give their opinion. I have certain opinions that are my opinions. I believe in marriage equality, right? I believe in $15 as a minimum wage. You could not believe—there are assemblymen who don’t agree with me, there are senators who don’t agree with me on the minimum wage. And if they write a report, they’re going to say my minimum wage idea was a bad idea, because they disagree with it. And that’s fine—that’s democracy. And assemblymen take positions during the course of their tenure. And some people support minimum wage, some people don’t support minimum wage. Some people don’t support economic development. There are people in the Assembly who say there is no economic development possible, leave it to the private sector. So you get opinions,” the governor said. “It’s a matter of opinion on many of these issues, and there’s no right or wrong. That’s why we have elections; that’s why we have debates. Donald Trump thinks one thing. Hillary Clinton thinks another thing.”

How any of this commentary was relevant to the Observer’s specific question about DiNapoli, a well-known liberal Democrat, is unclear. The audits the comptroller’s office produced had nothing to do with gay marriage or with the state’s new pay floors, but with Cuomo’s Recharge NY and Excelsior programs.

Recharge NY, run through the Cuomo-controlled New York Power Authority, was supposed to dispense power to struggling nonprofits and entrepreneurs at discounted rates. But DiNapoli’s auditors found NYPA had made numerous errors when assessing applicants’ eligibility—meaning noncompliant entities got cheap electricity from the state anyway, while groups that qualified for the program were barred from participating.

The governor appoints the power authority’s entire board.

That audit followed the comptroller’s July takedown of the Excelsior jobs program, run through the Empire State Development Corporation, another Cuomo-controlled public private entity, and its Excelsior jobs program. DiNapoli discovered that the development corporation had repeatedly handed out large tax breaks to companies without obtaining the necessary documentation to corroborate their eligibility or productivity.

The comptroller’s audits of Recharge NY and the Excelsior program were based on numbers and hard data his office obtained from the NYPA and ESDC, from the businesses they worked with, and on eligibility requirements Cuomo’s own initiatives established.

Those aren’t the Cuomo trademark programs getting scathing reviews. His Startup NY initiative, which grants tax exemptions to companies that either launch in or relocate to state college campuses in New York, has created only 408 jobs according to an internal report published last month—despite $175 million the ESDC has spent advertising opportunities in the state, $53 million promoting Startup NY alone.

His “Buffalo Billion” initiative, meanwhile, is now the subject of a federal probe into improper lobbying and potential fraud by a pair of close Cuomo associates. The program’s main development, a solar panel factory, is now projected to house only 500 jobs—almost 1,000 fewer than the governor promised when he inaugurated the program in his first term. 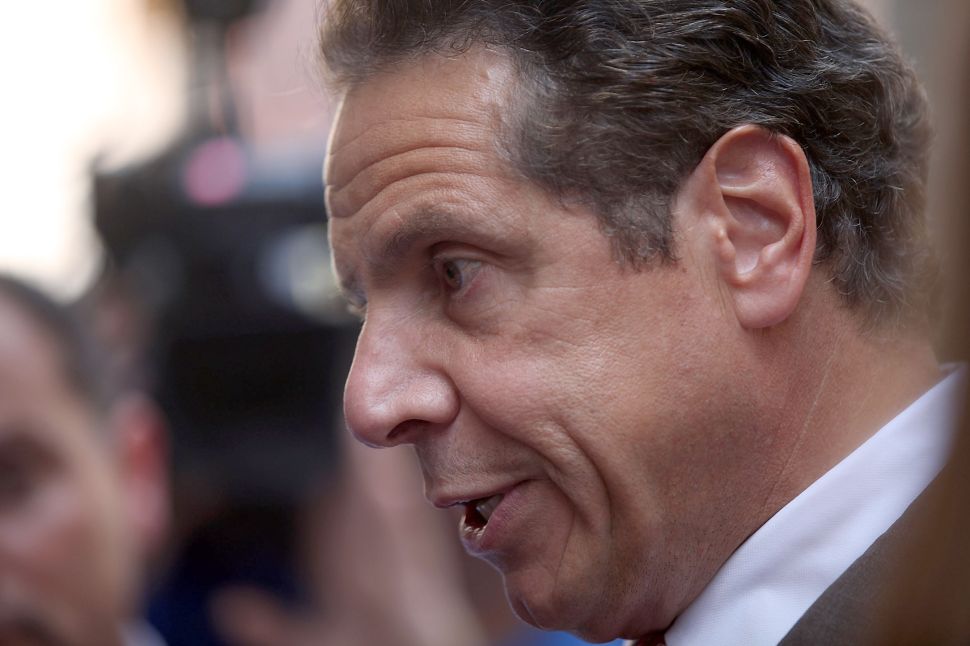