A number of celebrities have praised high-protein diets to lose weight, and it’s no surprise. For years we’ve heard that protein will keep us satisfied and help build calorie-burning muscle.

But according to nutritionist Kimberly Snyder, “too much protein… makes our bodies age faster… [and] toxicity starts to amass in our bodies.” In a recent podcast, she discussed “protox”—short for “protein oxidation.”

According to Snyder, the way most people cook their meat—at high temperatures, often creating that nice char on the outside—creates “oxidative inflammatory molecules that… produce significant detriment to our health, above and beyond even just consuming too many grams of protein.”

Even worse, Snyder explains: we buy meat that’s been sitting out (and oxidizing), cook it (adding oxidation), then store it cut up (letting more oxidation occur), and later reheat it (causing even more oxidation).

There’s a lot packed into this claim, so we went to Mike Roussell, Ph.D., a nutritional consultant, to get the facts.

Are we eating too much protein? Only if our benchmark is the amount of protein necessary to prevent illness, Roussell says.

But… what about protox? “This is a nutritional scare tactic,” Roussell explains. “Everything can be oxidized in your body. You could make a similar argument for fat—but that doesn’t mean we need to stop eating both fat and protein.”

“This idea of the negative effects of protein consumption within normal or even high-normal ranges leading to impaired health is totally baseless.”

Yes, there is some research on the biochemical mechanisms of protein oxidation, but there’s nothing to show what happens people actually eat protein. In fact, he says protein is good for your health as you get older.

“Data in elderly people show that more balanced frequent protein intake is better for aging as it supports lean body mass preservation, reducing risk of falls and the spiral of negative health outcomes that spiral out of that,” he explains. “Protein is probably your most important nutrient when it comes to fighting the negative effects of aging.”

Do I need to worry about how I cook my meat and reheating it? While it may be true that your meat oxidizes at various points (while sitting behind the glass at the butcher counter, while cooking it, while micro waving leftovers), no one can make a case saying that this has an impact on your health, Roussell says. “The data isn’t there.”

As for charring your meat, that char is the oxidation of fat, so always pick lean meats, trim your cuts before cooking, and avoid overcooking.

More research needs to be done here too. According to Roussell, a researcher who studies pro-carcinogenic fats said we don’t yet know if we are consuming those fats in large enough amounts and at a high enough frequency to affect our health.

While most people do get about 90 grams of protein, they tend to eat very little at breakfast and a ton at dinner. Instead, spread your protein out during the day at each meal. “Data shows this helps you maximize your lean body mass and the satiating effects of protein,” Roussell adds.

Brittany Risher is a writer, editor, and digital strategist specializing in health and lifestyle content. She loves experimenting with new vegan recipes and believes hummus is a food group. To stay sane from working too hard, she turns to yoga, strength training, meditation, and scotch. Follow her on Twitter @brittany_risher 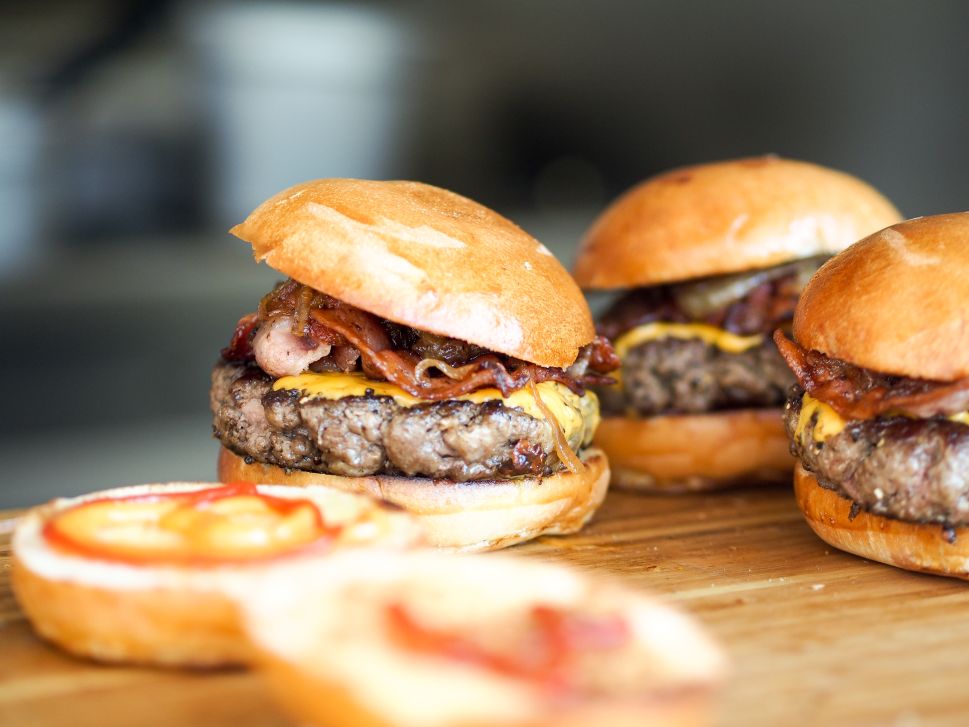