In the cold war rhetoric of decades past, the piece included numerous references to the Soviet Empire, to the point of grotesque misrepresentations.

For example, one of the Polish officers accosted by Welna was characterized as having served in the Soviet Army while using his artillery experience to fight a new perceived enemy: Russia. This narrative of changing sides, which paints Poland’s new role as linchpin of NATO’s eastern flank, has been addressed by the Polish Ministry of Defense (MON).

“I would like to confirm that—in the Polish Armed Forces—there are not any active Polish military personnel who served in the Soviet Union Army,” said Bartlomiej Misiewicz, a press spokesman for MON.

According to a 2012 report by Polish Radio, vetting of 23,000 strong officer corps for possible collaboration with Communist-era intelligence services netted six officers who were subsequently retired or had a case brought against them in court. None of the officers served in the army of the former “evil” empire or were trained by it.

NPR’s reporting is transparent in crafting a history of former slaves (Eastern Europe) turning against their former master (the Soviet Union: i.e. Russia), using old Soviet equipment to liberate themselves from the omnipresent threat of Russian imperialism.

Ironically, a day after NPR aired the piece featuring Polish Minister of Defense Antoni Macierewicz as stalwart of the new and democratic Poland, the facade came crashing down. Polish newspaper Gazeta Wyborcza published a story in which Macierewicz—a self-described heroic protagonist of Polish national virtues (based on virulent Catholicism, anti-Communism and Russophobia)—is reduced to a corrupt and cynical manipulator.

In a Clintonesque-like business arrangement through Warsaw-based “The Voice” Foundation, Macierewicz’s business ties with a one-time Polish security service informant, Robert Lusnia, came to light—exposing the hypocrisy of Poland’s ruling elite. The ruling Polish ultra-right wing Law and Justice Party (PiS) has been implicated in the very corruption it promised to fight.

In Polish political terms, the Macierewicz-Lusnia scandal is the PiS party’s equivalent of last year’s PO (Civic Platform) tape-gate in which it exposed top government officials’ cynical hypocrisy. And now, with the shoe on the other foot, the political recriminations over the alleged media “set-up” are flying in all directions—including Putin’s Russia—as some type of media hybrid warfare extension of NATO’s Anaconda war games.

NPR and other U.S. mainstream media stories of war games appear to reaffirm the resolute stand against some ephemeral enemy standing at the gates of the crumbling EU—the quintessential Hegelian “other.”

While not mentioning it directly by name, American media attempts to create an echo chamber where all bad Soviet, Russian, Putin stereotypes by some magic come alive into the shape of an angry Russian bear that will stop at nothing until it recreates the glory of the old Soviet Union.

NPR went even further, stating that the anti-missile system bases established in Poland are intended to deter Iran and North Korea. This, despite the fact that Iran is currently implementing a historic arms deal with the Obama administration, preventing it from posing any danger to the West—while North Korea just launched two rockets with only one being  successful in reaching its range of 400km. Never mind the fact that it is nowhere near the distance of 7,600 km that divides the two countries. Further, the anti-missile systems under construction in Poland can easily pose a threat to Russian missile systems. Poland will have no control as to how the systems are deployed and whose missiles it will target, if any.

In addition to providing practical, war-like training for 30,000 NATO troops, the Anaconda was also used as a showroom of weaponry which, according to NPR, is in strict contrast with the old and tired Soviet gear used by the NATO’s newest members. This jab is directed at the Polish government, whose $40 billion plan to modernize its military came to a screeching halt due to political infighting, allegations of corruption and PiS inability to continue on a path of unprecedented military spending. The U.S. military contracting sector has a lot of hopes and associated pressure at play in using the currently planned deployment of U.S. troops in Poland as a showroom for U.S. military gear.

To alleviate the pressure exerted by the U.S., NATO and the military industrial complex—and to buy time for its ambitious social reform plans to kick in and grow Poland’s GDP to the level where PiS feels it can afford its military spending—Poland decided a temporary low-tech political solution, while calculating the EU’s fallout stemming from the Brexit. It will send two military contingents consisting of 210 personnel plus four F-16s (purchased used from the U.S.) to both Kuwait and Iraq as part of the anti-Islamic State coalition. Not unlike the original mission statement in 2004 that proved a complete and total failure, the Poles are to train the Iraqi army and provide assistance to the U.S. and the Gulf-led coalition in its never-ending war on terror.

By the time the bill arrives, chances are the PiS will not be around to pick up the financial and political tab. Round one of the Polish involvement in missions in Iraq and Afghanistan cost Poland approximately $1.75 billion and 78 lives. Round two might be even higher.

Derek Monroe is a writer/reporter and consultant based in Illinois. He has reported on international and U.S. foreign policy issues from Latin America, Poland, Japan, Iraq, Ukraine, Sri Lanka and India. His work has appeared in Institute for Policy Studies, Foreign Policy in Focus, Alternet, Truthout, RT, Common Dreams, RSN and Ohmynews, and has been published in over 20 countries. 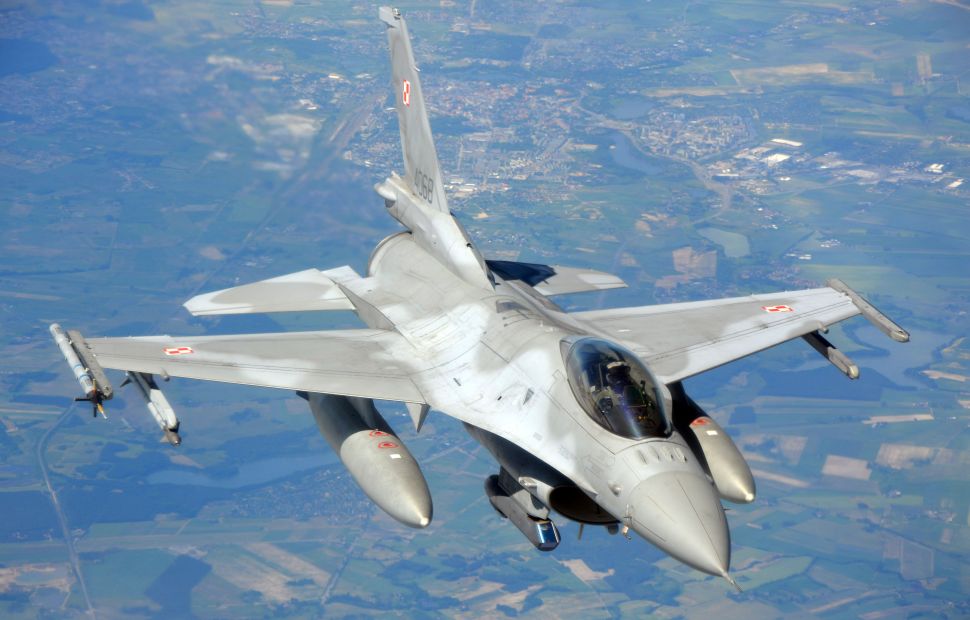