As Donald Trump’s polls have plummeted over the past few weeks, Hillary Clinton has taken her support from progressive Bernie Sanders supporters for granted. Her shift to the middle, although predictable and unsurprising to Sanders supporters, has been demoralizing. While Sen. Sanders opted to formally endorse Clinton for president, his lack of enthusiasm in doing so attests to his prioritizing the issues he is passionate about over partisan politics.

On August 24, Sanders is hosting a live-stream event to kick off his new organization, Our Revolution.

“If we are successful, what it will mean is that the progressive message and the issues that I campaigned on will be increasingly spread throughout this country,” Sanders told USA Today. “The goal here is to do what I think the Democratic establishment has not been very effective in doing. And that is—at the grassroots level—encourage people to get involved, give them the tools they need to win, help them financially.”

After a divisive Democratic convention, Sanders reverted back to calling out the establishment on both sides of the aisle. He criticized President Obama for continuing to support the Trans-Pacific Partnership (TPP) agreement. “I am disappointed by the president’s decision to continue pushing forward on the disastrous Trans-Pacific Partnership trade agreement that will cost American jobs, harm the environment, increase the cost of prescription drugs and threaten our ability to protect public health,” Sanders wrote in a statement.

Recently, health insurance company Aetna pulled out of Obamacare after the company’s merger with Cigna hit obstacles in Connecticut due to an ethics probe into Democratic Gov. Dannel Malloy. In the wake of this minor disaster, Sanders has been revitalizing support for a single payer healthcare system. Despite his no longer being in the running for president, Sanders has garnered much more positive news coverage than Clinton. Our Revolution in particular is one of Sanders’ most attention-grabbing efforts to reorganize the enthusiasts and activists from his presidential campaign into a long-term political movement.

“I feel like there is a real chance for something else to happen beyond Hillary Clinton or Donald Trump. We’re still two and a half months away; with the possibility of another damaging WikiLeaks release and Donald Trump continuing to sabotage himself, I feel like there is room for a third party,” Mikki Willis told the Observer. Willis was a photographer and videographer for Shailene Woodley and Rosario Dawson while they served as Sanders surrogates during his presidential campaign. Willis also followed Sanders on many of his campaign tours.

“What we really need to be doing right now is make sure the third party is on the ticket, and in the debates—in the event something happens with the two frontrunners—while at the same time supporting everything Bernie is doing,” Willis said. “We can do all that. It’s not an either/or. We can make sure as many seats in Congress are filled with better people. We can all get behind and donate to the people Bernie is trying to get elected, and support all the things he is working on. I don’t think we necessarily have to cash all our chips on Hillary Clinton to support Bernie Sanders at this time.”

During Sanders’ presidential campaign, his rallies attracted record attendance. Now that Clinton is officially the Democratic presidential nominee, her campaign rallies are small by comparison. In fact, any excitement Clinton’s candidacy elicits looks an awful lot like fear of Donald Trump as president. 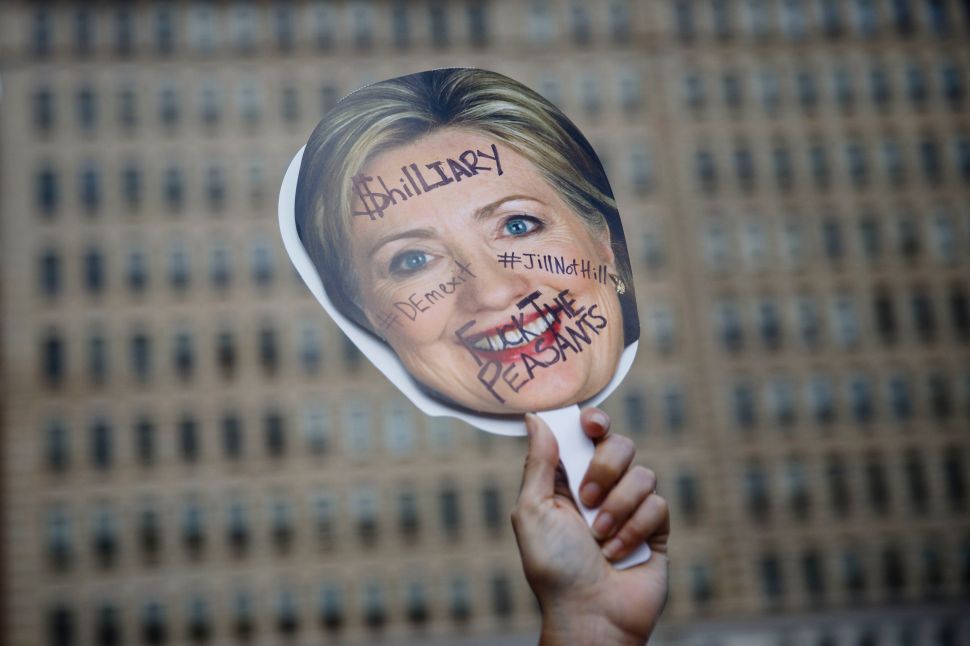