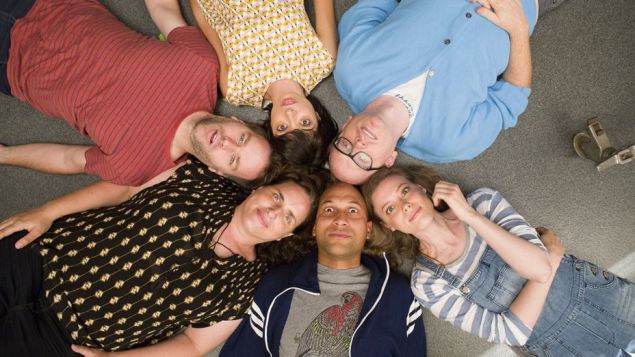 If Facebook and Instagram are to be believed, life is spent in pursuit of mountain summits, glamorous evenings, and dogs wearing tights. As we all know, though, this is an illusion that preys on our desires to live exciting and envy-inducing lives. Most of our time is spent waiting and preparing for future activities, living in a sort of half-fantastic daze in anticipation of the big score. And until that big score lands on us, well, we’d rather not talk about it. Or at least, we’d prefer to keep pictures of our waiting-room lives off of the internet. After all, we wouldn’t want them dug back up once we’re rich and famous.

Mike Birbiglia’s latest movie, Don’t Think Twice, puts this unglamorous in-between period into a tight and painful focus. Which is not to say the film is bad – it’s fantastic – just that it’s hard to watch because it feels so real. The focus of the film is a group of six friends and members of an improv troupe, and it follows them as success and fear slowly tear their happy world apart. Which is interesting – the characters primarily find themselves moving on to bigger and better things as the plot moves on, yet the emotional tone remains sad and tender throughout.

We can communicate with others through words, gestures, actions, and art, but it’s always a translation; what we are able to communicate always falls short of the ineffable quality of our own existence. And at the same time, we crave understanding, partnership, and empathy.

This speaks to a certain reality about the groups we choose to take part in – our friends and collaborators – as well as the nature of solitude and individuality that drives us to join them. As Humans, we are alone. We can communicate with others through words, gestures, actions, and art, but it’s always a translation; what we are able to communicate always falls short of the ineffable quality of our own existence. And at the same time, we crave understanding, partnership, and empathy. This is a troubling, tense juxtaposition. This is, ultimately, unsatisfying without being crushing. It’s a lot like when you order takeout from the deli and they forget your pickle, except it occurs with your deepest desires for belonging throughout your entire life.

Essentially, our Human lives are spent in a kind of twilight, moving between two kinds of loneliness: the loneliness of solitude, and the loneliness of togetherness. Keep in mind, loneliness is not a bad thing – despite what TV and Facebook and high school have taught us – it is simply the air we breath. Loneliness is a wonderful thing, it is the reminder that we have more happiness and connection to pursue. We want to connect with people joyously and we can, so long as we remember that it’s only for a little while.

Don’t Think Twice sees this reality and wraps it up in a great bear-hug of sadness, anger, and joyful gratitude. It’s no mistake that the funniest running gag in the movie – Bill’s (Chris Gethard) father’s meek and frequently mocked “thank you” from his hospital bed – walks the line between poignant and hilarious so finely that you never know if you’re supposed to laugh or cry at it. And of course, the truth is you’re supposed to do both. Like our attempts to come together, it is both an incredible, meaningful effort and a horrible, eye-opening look at Human frailty.   Our attempts to come together are temporary oases packaged as eternal respites – even perfect relationships are eventually separated by death.

So why do we do it? People aren’t stupid, we know we’ve been set up to fail, yet a website as tepid as meetup.com continues to thrive in the face of all this disconnect. The fact is, we need each other, and we like each other. Living in a vast and ambivalent universe is very very hard, and the efforts required to continue to survive and thrive in it fill us mere Humans with overwhelming anxiety. One of the simple advantages of joining a group is that it allows you to, quite literally, borrow the other members’ nervous systems for a little while. It may seem like nothing, but when we kvetch to our friends we are taking our anxiety out of our own bodies and putting it into theirs, because they have room to spare. When we can do this with a whole group at once, all the better.

If you’ve ever lived in a co-op, you’ll be familiar with how frequently people join the co-op as a couple only to break up and leave it as two singles. When going through the big changes, we like to be held.

Another advantage is the act of collaboration. When we’re stuck in our existential waiting rooms, we want to get out of them – we want to move on to greener pastures (this is why the Hero’s Journey works). The trouble is we can’t; we need time to practice our personal Next Big Thing before it’s ready for primetime. When we collaborate with our groups, they give us space to do that. Because we have already been admitted into the group, we don’t have to worry about embarrassing ourselves in front of it.

This can be seen in another of the film’s better running gags – anytime someone apologizes to the group, they are gently, yet relentlessly, mocked. Usually we see this playing out around small social foibles like lateness or the inability to speak up. The opportunity here is that these people get to trot out their social insecurities – that is, their personalities – and be accepted anyways. Now, there’s no way for these friends to know the lifetime of indignities that went into having, say, a small voice or an ambivalence towards life that presents as chronic lateness, but I guarantee they have their suspicions. And when you get to fully present that painful thing about yourself, have confirmation it was noticed, and still be a member, well, that’s an incredible opportunity to stop being so hard on yourself.

If you’ve ever lived in a co-op, you’ll be familiar with how frequently people join the co-op as a couple only to break up and leave it as two singles. When going through the big changes, we like to be held. Something I tell my clients often is that when people build boats, they build them on land; the sea is too rough for something half-built to handle. Likewise, when people are growing, they do it in groups of loved ones, because they’re scared and want people to help them through it. Also it’s a lot more fun than hanging out alone all the time.

The Tibetan Book of the Dead talks about this kind of twilight-waiting-room-of-life experience, referring to it as the Bardo. The Bardo is specifically where you go after you die, but can also generally mean anything that happens in between. The book warns that you will be tempted when in the Bardo by easily available bright lights that lead to unfulfilling rebirths, and that you should do everything in your power to avoid these and find the dim lights that lead to virtuous rebirth. Which is probably good advice on the main, but a little out of touch for a post-Bright Lights Big City audience.

One of the many virtues of Don’t Think Twice is its willingness to treat its characters with respect, no matter where they end up or how they get there. We all have our motivations and a responsibility to our own fulfillment, and sometimes that means putting ourselves ahead of the group. It’s a painful reality of life that a drydock has to be destroyed for a ship to enter the sea. And the thing is, it’s worth it. It’s worth coming together with people and loving them, and being loved by them, even if there’s a real chance you’re gonna be one of the folks torn up when the group dissolves. You could worry about it, but who has time to think twice? 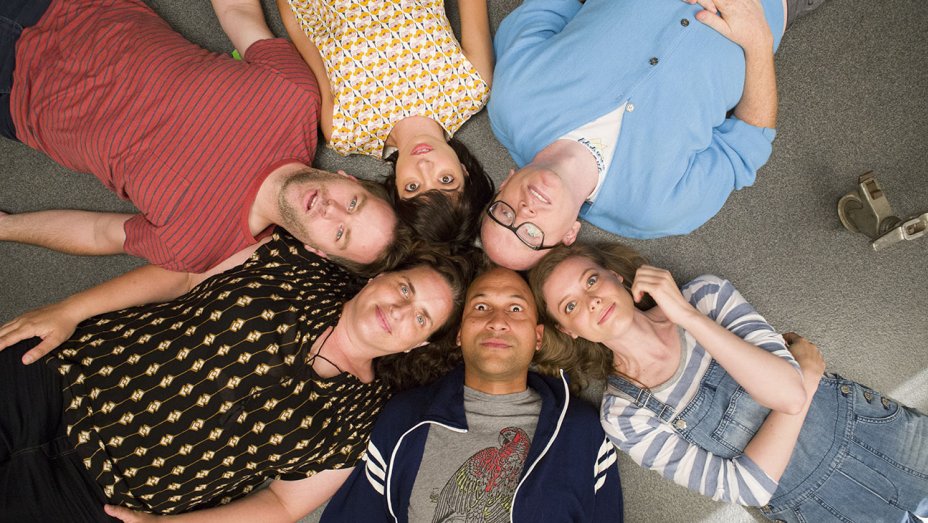