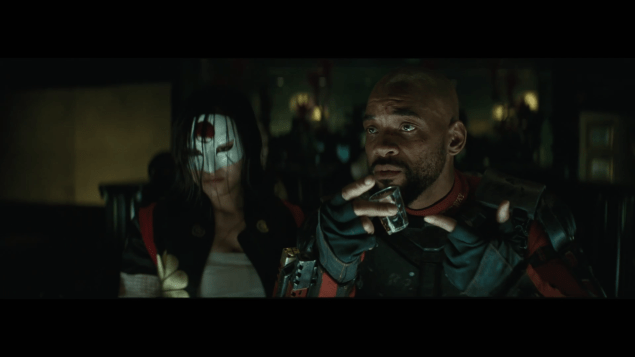 Another round on Deadshot (Will Smith) in Suicide Squad. Photo via Warner Brothers

It’s a real shame that Suicide Squad suffers from serious production flaws, as its emotional through-line is significantly more compelling than that of its superhero movie contemporaries. Whereas the traditional superhero fare continues to play around with questions regarding self sacrifice, leadership, and how to most ineffectively armor a woman, Suicide Squad, despite its many problems, is able to focus in on an issue much more fundamental and fraught with danger: how to be vulnerable in a world full of Supermen.

Just a short way into the plot, the central magic trick of the film is revealed. We learn that Enchantress, who will go on to become the primary villain of the film, has stored her heart outside of her body in a bid to protect it from those who would do her harm. It’s your basic Horcrux scenario, with a twist; because Enchantress is comically bad at hiding things, Amanda Waller and the US Government were able to get their hands on her heart. And since they are in possession of Enchantress’ most vulnerable organ, they are able to bend her will in line with theirs.

This magical cardiectomy is a perfect representation of the kinds of paradoxical self surgeries that we mere Humans force on ourselves all the time, and its emotional resonance runs all through the film in the forms of its primary characters.

This magical cardiectomy is a perfect representation of the kinds of paradoxical self surgeries that we mere Humans force on ourselves all the time, and its emotional resonance runs all through the film in the forms of its primary characters. The movie, for all its bombastic and exciting(?) action, is actually about matters of the heart. Everyone is organized by their motivations, and each motivation is attached to a relationship that ends up being exploited. The generally likable but unsavory heroes of Suicide Squad are all people who have, for some reason, been forced to separate themselves from their hearts.

Take a look at Deadshot, the assassin that never misses. He’s introduced as a physically normal Human with a nearly Metahuman gluttony for punishment. As the film ramps up towards its climax, he’s presented as arguably the most powerful member of the team, effortlessly killing a swarm of armed, fungoid yoga-moms that the entire rest of the squad was unable to prevail against. The presentation is clear: this guy’s invincible. But we know from flashbacks and circumstance that he isn’t, we know he’s actually quite vulnerable.

What we learn about Deadshot is that in between big hits he actually lives a pretty typical life. He has a daughter, an ex-wife, and probably car payments. We know he takes style tips from circa-2006 Justin Timberlake. Basically, we know that he commits to things and sometimes makes mistakes. Deadshot is a character who’s lost plenty of times, but doesn’t have the luxury of laying down to die. Or probably even to mope – until the end of the movie, we only ever see him respond to adversity with anger and violence.

Harley, too, is an excellent example of this: the hypersexualized scrapper who responds to pain with pleasure. We know from flashbacks that she is coping with incredible loss. Whereas she once was a doctor with poor boundaries, she now is the Stockholm Syndromey girlfriend of an abusive stalker with metal teeth; it’s a downgrade. She too found herself in a situation where she had no time to grieve – abducted and brutally tortured by The Joker, she responds by becoming simultaneously physically adept and utterly disconnected from her body. Pain, sex, and danger all become meaningless, to the point where she’s described as being more fearless than The Joker, the dude whose only apparent superpower seems to be lack of inhibition.

Amanda Waller, Rick Flagg, and El Diablo are all characters that are compelled to act in the ways they do throughout the film, rather than choosing to. Why should this be? Because you give your heart away in order to stop feeling it, and this cuts both ways.

Other principle characters, too, seem to end up in a constant state of responding to danger and loss, rather than processing it. Amanda Waller, Rick Flagg, and El Diablo are all characters that are compelled to act in the ways they do throughout the film, rather than choosing to. Why should this be? Because you give your heart away in order to stop feeling it, and this cuts both ways. Sure, it saves you from the pain of failure, of sadness, of quiet lonely moments wondering how much longer you have to keep playing this awful game. But it also steals from you the moments of feeling alive, of feeling like you’re doing what you’re meant to do, like you’re playing by rules written by you and for you.

Which seems almost absurd, of course, weighed against the kind of antisocial uniqueness of this band of villains and bizarros. But look at what they want, what they really want, as revealed in the early stages of their battle against Enchantress. She promises to give them their heart’s desires if they join her, and casts a spell that sinks them into their private fantasies. Overwhelmingly, the desires are for normalcy, to know what it feels like to be surrounded by a happy family and be able to take in that joy. It’s baffling – if what they really want is this heteronormative suburban life, why don’t they just go get hitched and sign a subprime mortgage? Like, you don’t even need credit to buy a house anymore, so why did you feel like you had to turn your body into a weapon in order to get one?

Wondering about the pasts of our heroes is, of course, all conjecture, but Freud’s theory of Repetition Compulsion holds true nine times out of ten, so I feel comfortable guessing that they’ve turned their bodies into weapons because their bodies already were weapons, just ones that were used against them. We can see this in the path of Dr. Harleen Quinzel, how she’s tortured before turning into Harley Quinn. And we can probably guess that El Diablo, the guy who tattooed his face into a skull, maybe dealt with some loss growing up. Killer Croc is even introduced this way, with a line to the effect of he was treated like a monster so he became one. The chronology isn’t written that way just because it sounds good, but because that’s how it happens.

This all speaks to the very real tragedy occurring in prisons today, under the names of justice and reform. The people who get locked up for awful crimes are usually the people who were victimized by them a generation before. When our bodies are used against us – when they are used to viciously hurt and shame us – we simply turn them off. The body becomes a place where the mind is not welcome, a place the mind tries to avoid at all costs. And somehow, that desire to separate ends up being satisfied by inflicting. Which is not to say a rough childhood is an excuse, your behavior is always your responsibility, but that those who victimize others tend to need a different kind of reform than re-victimization.

As for what is really needed to reform, incredibly, Suicide Squad offers a complete answer. While the movie itself doesn’t earn the emotional payoff of the bar scene, that kind of open and honest community is the necessary component for stepping out of Repetition Compulsion. Before this scene, the whole squad decides to put their lives in danger in pursuit of change, rather than blindly running from their fears, when they tell Flagg to kill them if he has to but they’re all grabbing a drink. When the worst does not occur, they are able to simply talk and share their stories.

El Diablo uses this time to reveal that he slaughtered his wife and children, and rather than try to change his story or console him, the squad tells him simply to own it. And in doing so, they own it too; his membership in the group is accepted, regardless of his past. They offer him an opportunity to be in the group, in his pain and his horror, and show him that who he is is not something that needs to be run from, but learned from instead. And this is what truly reforms, this is what really helps, to feel the shame and the sadness and to know that you are good anyway. When you reclaim your heart, you reclaim your life. 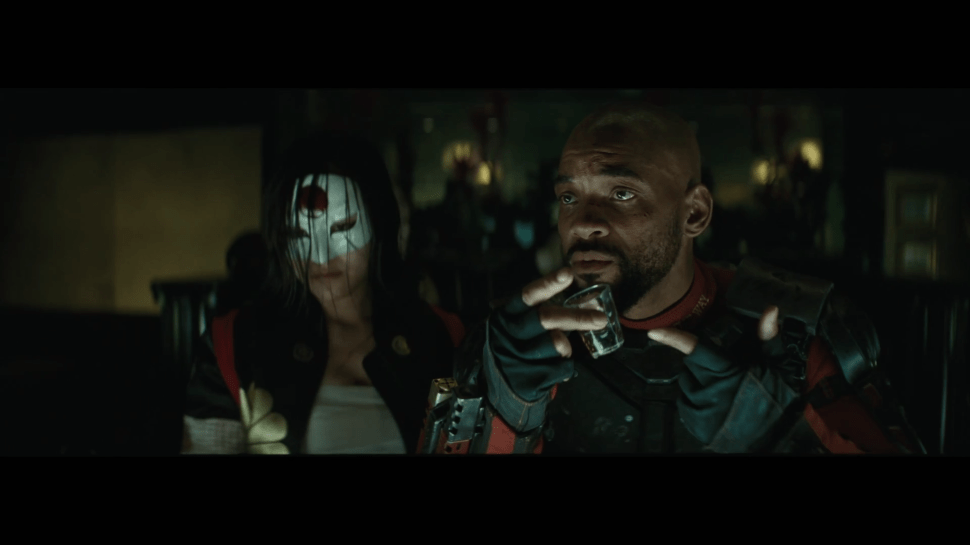