As reported by Russian news agency RIA Novosti, a loudspeaker bellowed across three training fields for “NATO soldiers to surrender.”

The operation, dubbed “Interoperability 2016,” ran through August 18, and is the latest training of the Collective Rapid Response Forces (CRRF) of CSTO. Simulating an invasion of CSTO territory by an illegally-armed group, CRRF was set to destroy.

“Intelligence units of Belarus and Kazakhstan need to find the exact location of the enemy and report the coordinates to the headquarters,” Belarusian State television reported. “Russian aviation joins the exercise with 50 military aircrafts, helicopters, drones, tanks, and artillery.” Over 6,000 troops participated in the exercise, which used more than a thousand units of military equipment—including 300 tanks.

At one point during the CSTO exercise, a (female-voiced) loudspeaker appealed to the soldiers:

“NATO soldiers! You are being deceived! You are not peacekeepers! Lay down your weapons! You are fighting on the foreign territory. With your treacherous invasion, you have interrupted the peaceful life of an innocent country. You will be brought down by a just revenge and an anger of the people that have never been defeated in war. Drop your weapons and stop being puppets in the hands of your leaders!”

The recording was transmitted in several languages, including Russian, German and English.

“I am sure that the NATO countries are watching closely,” Alexander Grushko, Russia’s representative at NATO told reporters. “Military art is a very competitive business. Everyone’s carefully watching what others do.”

On August 2, in Russia’s eastern city of Ussuriysk, on “Special Airborne Forces Day,” local veterans of elite Russian troops mopped the streets with an American flag attached to the bumper of their vehicle. 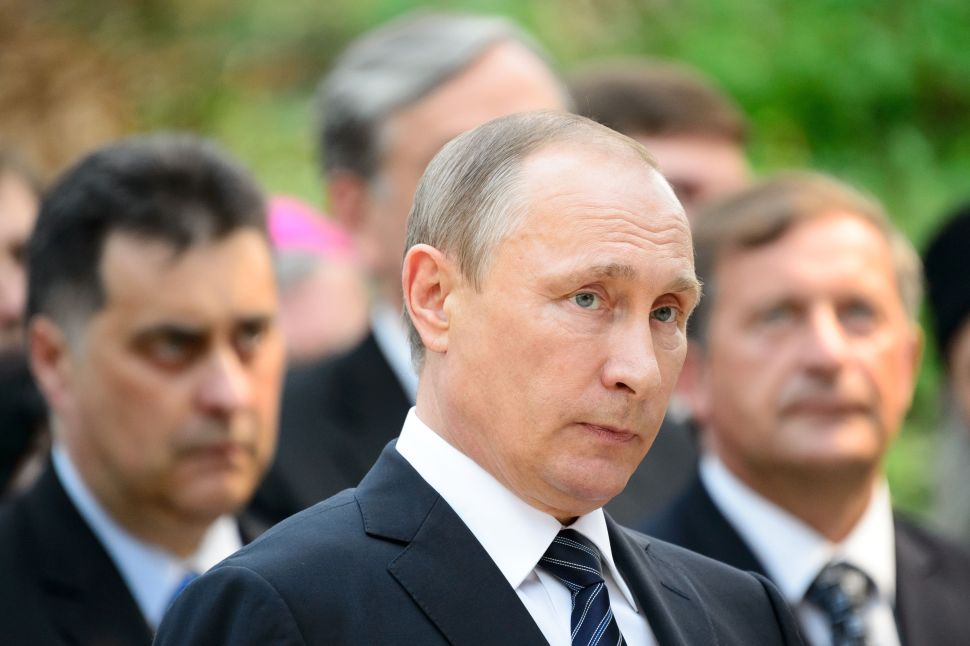