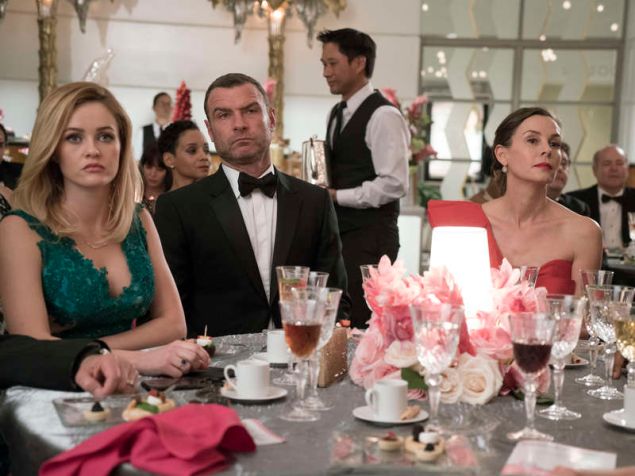 After last week’s fun, tightly-structured intermission, we’re now thrown back to your regularly-scheduled Ray Donovan. The fixer’s back in town and, boy, does he have a lot to fix.

Speaking of: Conor’s descend into delinquent teen-ism is going roughly how you’d expect. Continuing on from last week, in which he stole one of his dad’s guns (yo, Ray, keep track of your guns! You’re a professional!), he’s now flexing and Taxi Driver-ing in the mirror and watching… a 1980s softcore guns music video? It’s all a little on the nose, never more so than when a woman in the video takes her shirt off and Conor starts whacking it without a moment’s hesitation. In a show that appeals nonstop to the male id, Conor is the freaking mascot.

Downstairs, set to the soundtrack of gunfire and his son banging himself, Ray takes a cryptic phone call where he’s told, in no uncertain terms, to start playing ball with the Russians again. I’ve never been anything but bored by this broad-strokes “Evil Russian Mobsters” characters, and nothing this episode changed my mind. Thankfully, Ray’s reunion with Belikov is delayed slightly by Bunchy’s arrival, baby in tow. Bunchy tells him Theresa’s gone, and asks to stay for a while. Hell yes! Two Irish-American Brothers and a baby! This is the show I want.

Bunchy’s integration into the main Donovan household goes smoothly. He’s arguably the heart of the show and, helpfully, its own in-house recapper too! About fifteen minutes in, Bunchy all but recounts the events so far, to such great effect that they might as well have opened the episode there. Ray Donovan is absolutely not “show, don’t tell” kind of television, and in a sea of people who can’t help but express exactly what they’re feeling, seeing, and doing at every turn, Bunchy is perhaps the most “let’s talk about this” of them all.

It’s a good thing everyone’s so hellbent on recapping themselves, because there was a LOT of Ray-plot to get through tonight. To smooth things over with Belikov, he meets up with Sonia Kovinsky and promptly gets work as a tandem art dealer/bodyguard. Appropriately highbrow work, which is instantaneously interrupted by a young hollywood actress requesting he do a “fix” and leak her sex tape online. She wasn’t a part of the original, actual leak, you see, and won’t stand to miss out on the attention. Is this storyline more offensive for its actual subject matter, or the fact this would have been eye-rollingly untimely, like, two years ago at this point? Who cares. She makes the sex tape and all is well. Let’s move on.

In between smuggling paintings and, in the most humanizing moment in the episode for any character, bonding with a trafficked Russian girl over Two And A Half Men. Ray gets to know Kovinsky a little better, and, while fretting over Abby, learns about Sonia’s own mastectomy. The prognosis isn’t good, she says, the cancer is a bird. Where a tortoise can be caught, and a rabbit can be chased, a bird just flies away. It’s a pretty, elegant metaphor that fleshes out Sonia’s mystique. That mystique is somewhat lessened when she invites Ray into a makeshift planetarium, bombards him with cosmic imagery, gets naked, and repeatedly makes him tell her she’s beautiful. That’s… one way to make a first date memorable I guess?

Too bad Ray can’t stay for long: it’s Maria’s baptism, where nothing happens except everyone getting completely wasted. Conor and Damon steal a bottle of whisky and retreat upstairs, where Damon tells Conor the suburbs are boring and we get the dialogue exchange of the night:

Later they get wasted and shoot up a bouncy house. Boys will be boys!

Amidst the celebrations (Bridget plays the guitar and Bunchy tearfully confronts Abby over her hiding her cancer. Has Bunchy ever had a thought he hasn’t immediately expressed?) Ray receives a brief phone call from Mickey. His dad’s been formally charged with the great Armenian massacre, after gleefully recounting the events to a skeptical agent. He’ll be in jail for the rest of his life, but in turn facilitates the release of Belikov, who gives Ray a warm “fuck you” welcome when the two meet again face to face. Ray, at least, is on somewhat safe ground with the Russians again, thanks to his father’s sacrifice.

That safe ground doesn’t last long. Desperate to wash his hands of Belikov, Ray delivers a big sack of money personally to the Russian’s crime mansion, declaring himself out of the game. A subdued Belikov tells him to keep the money in return for one more favor: disposing of the body of Ray’s favorite Jon Cryer superfan. It’s a reveal you see coming the moment they first meet, but Ray’s distress is palpable. Liev Schrieber is a terrific actor, but his portrayal of Ray Donovan is only given so much room to maneuver most of the time. His holding back tears during his phone call with Mickey, and his restrained heartbreak over the Russian girl’s death is more range than we’ve seen from him in forever, and it helps elevate a “meh” twist.

The (we must assume) murder of the girl is a step too far for Ray, who’s drunk and dangling by a thread anyway. At the dock, where Belikov tells him they’ll stuff the girl into a crate and ship them to his people in Moscow, he snaps and murders Belikov. It’s a visceral, brutal moment, and more shocking/affecting than I’ve come to expect of this show. Ray stuffs Belikov’s body in the Moscow-bound box and gives his friend the most honorable burial a man like him is capable of: dumping her outside a morgue wrapped in a topsheet.

Ray’s retribution feels justified, but it’s cast in an ugly light given Mickey’s situation: who is now in jail pretty needlessly thanks to Ray re-inviting the fury of the Russian mob. Repercussions are coming, but I hope it’s more than just another gang shootout Ray will have to face. 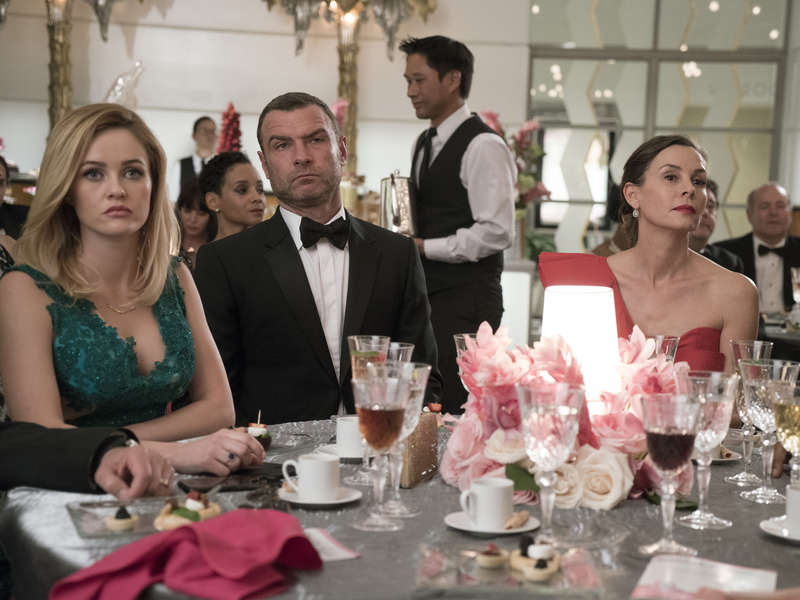