Russia plans to build a full-scale military airbase and to deploy a permanent contingent of aircrafts in Syria, Izvestia newspaper reported on Wednesday. The paper’s source at the Russian Ministry of Defense confirmed the existing infrastructure of Khmeimim—Russia’s current air base in Syria—will be expanded substantially, enabling the deployment of heavy aircrafts from Khmeimim in the near future.

Khmeimim will be surrounded by ramparts to protect against enemy fire and bombing. The base will be outfitted with new radio-technical equipment—including an air traffic control system—and a full-fledged military town for the Russian troops stationed there.

The Russian Defense Ministry source told Izvestia that, although Khmeimim’s expansion has been planned since the end of 2015, the deal wasn’t official until two days ago. Last Tuesday, Moscow and Damascus signed an agreement giving Khmeimim to Russia in perpetuity, free of charge and out of the jurisdiction of the Syrian government.

Russian experts believe their military presence will benefit the region, despite some inevitable pushback from nearby Arab monarchies.

According to the source, blueprints of the new Khmeimim include a loading dock for Antonov An-124 Ruslan heavy military transport aircrafts.

Franz Klintsevich, a Russian State Duma senator and first deputy chairman of the Committee for the Defense and Security, told the newspaper:

“When Russian air forces first entered Syria, Syrian armed forces were demoralized. Our support has helped restore their military capabilities. Russia understands that if we do not take these necessary measures, large-scale terrorist threats will eventually be a reality. We must do something—but we are not able to find common ground with the West on joint actions. Therefore, we strengthen relations with the regional players: Syria, Iran and Iraq.”

He continued: “Khmeimim will be the base for Russian armed forces and appropriate infrastructure will be built there. Our soldiers will live in dignity. Military air forces will be increased [in the future] in accordance with the bilateral agreement [between Russia and Syria] but, so far, in terms of solving the problems that exist [at the base], there are enough forces and means there.”

Klintsevich told the newspaper that “[for now] the nuclear weapons and heavy bombers will not be placed there on a permanent basis, because it would be in violation of international agreements and would create very severe problems.”

The words ‘on a permanent basis’ were immediately emphasized by the media. “Russia Will Not Deploy at Khmeimim Nuclear Weapons on a Permanent Basis” read a RIA Novosti headline.

Nurhan el-Sheikh, a Cairo University professor and member of the Egyptian Council for Foreign Affairs (ECFA), admitted to the newspaper that Saudi Arabia and other Gulf countries have been unhappy with Putin’s decision to maintain a presence in Syria—they have their own vision for the future, which Russia is violating.

Now that Buzzfeed has helpfully determined that I do indeed exist, the notion of Russia placing nukes in the heart of the most volatile place on earth represents the gravest Russian threat to world security since one lowly writer in New Jersey. (It was funny to me that Buzzfeed, in its article confirming my existence, pointed to “his name, unusual in Russian, has raised eyebrows.” In fact, around a hundred Klikushins were killed during WWII; there is a Judge Klikushin serving on the Russian Supreme Court and my nephew Ivan Klikushin just enlisted in the US Army. So much for my family’s low profile!)

Meanwhile, the additional ‘surprise’ from the Russian president regarding the possible deployment of Russian nukes from Khmeimim—albeit on a ‘rotational basis’—will no doubt be met with zero enthusiasm by all regional players. 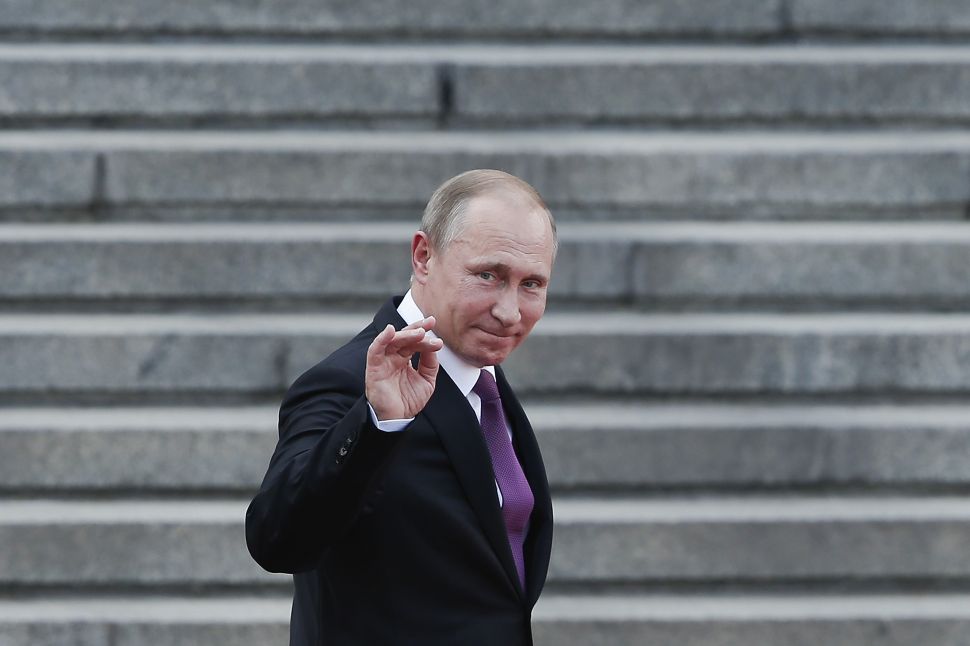