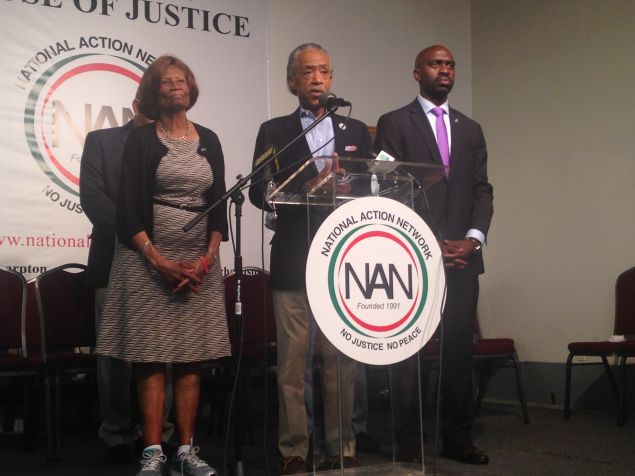 After Police Commissioner Bill Bratton’s surprise announcement that he will retire in September, Rev. Al Sharpton said he had “mixed feelings” about the sudden departure of the city’s top cop—but wants to meet “immediately” with his replacement, Chief of Department James O’Neill.

Bratton, who started his second stint as police commissioner in 2014, announced today that he would be stepping down to take a job in the private sector. At a press conference at City Hall earlier this afternoon, Mayor Bill de Blasio announced that O’Neill, who spoke at length today about a neighborhood policing model, would replace him.

“Mr. O’Neill needs to immediately meet with civil rights leaders, faith leaders, local grassroots groups…patrol groups, anti-violence groups so we will understand exactly what his vision for policing is,” Sharpton said at the Harlme headquarters of his civil rights group National Action Network. “Despite the fact he has a record in community-police affairs, what does that mean and how will it be instituted?”

Sharpton told reporters he heard the news of Bratton’s retirement from the mayor. When Bratton was first appointed, Sharpton said he told the mayor his feelings about him were “not very positive,” referring to Bratton’s first stint as the city’s commissioner under former Mayor Rudy Giuliani’s administration. But while he is opposed to Bratton’s use of “broken windows” policing, he said that the number of stop and frisks lowered under Bratton’s watch.

“I both very strongly disagree and agree with Mr. Bratton,” Sharpton said. “So it is mixed feelings that I have on Mr. Bratton’s departure but I wish him well.”

Sharpton said that he cannot yet make a judgment on O’Neill, a generally well-regarded career NYPD cop, because he does not know him well. Sharpton acknowledged O’Neill’s support for police reform, but he said that “one or two statements does not give us a clear indication.”

Sharpton was joined today by Bronx Assemblyman Michael Blake, who has filed a complaint with the NYPD after he said he was slammed into a gate by a police officer after he inquired about an incident in the Bronx.  Blake had asked for an apology—something he got from the mayor but did not get from the commissioner.

“I am in no way going to presume that what happened yesterday led to this decision today,” Blake said. “But I do think that the collective action for those that are standing here together…that something had to occur and now it’s the responsibility of incoming Commissioner O’Neill to work with us.”

Sharpton, too, dismissed the idea that the demand for an apology could have motivated today’s news.

“I don’t think he could have negotiated that last night,” Sharpton said said. “We’d like to take credit for it but unlike some of the tabloids, we like to stay within the realm of reason.”

Unlike Sharpton, Blake said he was familiar with O’Neill’s, noting he’d previously served as commanding officer of the 44th Precinct, which is in Blake’s district.

“We will hold you accountable in the exact same way we would for anyone that is in this position,” Blake said. “This city, this community desperately needs for us to come together right now.”

Bratton had previously said he would not stay in the job past 2017, but had not given any specific timetable and was not widely expected to depart so quickly.

The commissioner has come under fire from civil rights activists like Sharpton for his use of “broken windows” policing, which they have argued disproportionately targets minorities, and his statements about Black Lives Matter protests. Just yesterday, protesters took over City Hall Park, saying that they would not leave until Bratton fired Bratton—and those protesters were on hand to see him off today when he left City Hall. The mayor and the commissioner have expressed different views on the intent of the Black Lives Matter movement—just one of several areas where the commissioner has publicly disagreed with the mayor in a way no other administration official has. Still, the two have maintained that there is no daylight between them; today they spoke at length about their friendship. 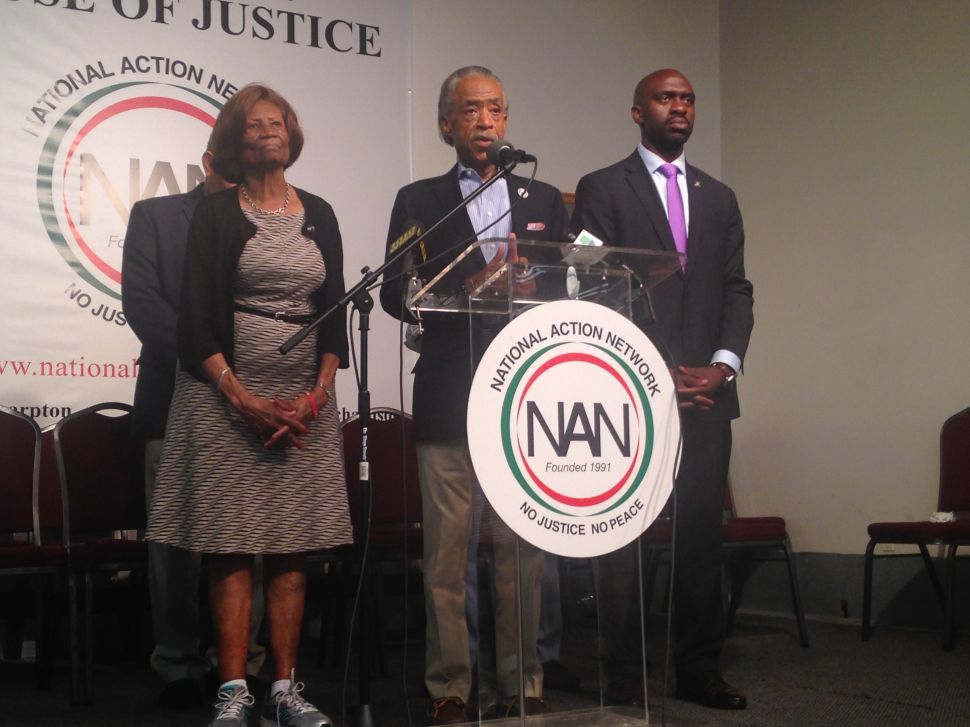