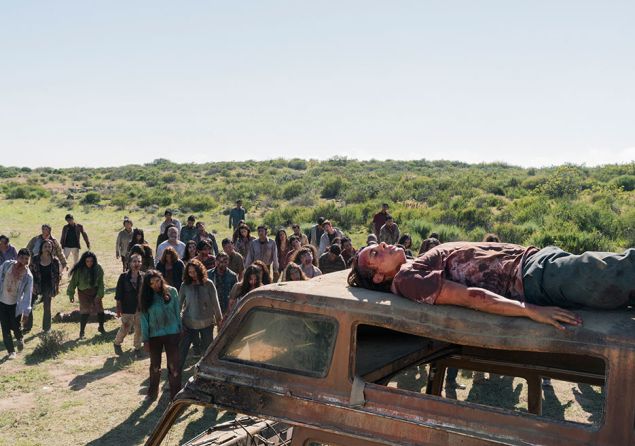 But unfortunately you are lying to yourself if you say you were more pumped than this pug:

Who knew, turns out pickles is a @feartwd fan😆

The premiere was a unique one, doing away with the majority of the central cast and focusing solely on former junkie/current angsty teen Nick/future zombie Nick Clark, a move that left some viewers, uh, less than enthused…

What a pity, Nick is still alive. #FearTWD

…others were all about the Nick-centric episode.

While others still were simply distracted by the truly important questions.

nick's story was actually not that bad but he legit ate a dead dog and human and drank his own pee im so ??? about him now #FearTWD

All urine-related plot points aside, Fear the Walking Dead also featured a scene that reminded everyone of a certain batty comic-book character (oh God, no, not Batman, I mean the guy from The Walking Dead who murders people with baseball bats).

Wait, is that Negan and Lucille on #FearTWD? pic.twitter.com/i710cWuumZ

Nick is about to get Lucilled. #FearTWD

Definitely had some Negan flashbacks during that bat scene *shudder* #FearTWD #fearthewalkingdead pic.twitter.com/ZL4ybDRr7Q

Like a Beyonce album only set in the 1980s tech boom and starring Lee Pace, Halt and Catch Fire dropped its third season premiere without warning on Sunday, two days before its scheduled debut:

The reaction to the surprise premiere was…actually not great:

I'm not watching #HaltandCatchFire until it airs on Tuesday because I hate surprises.

But screw that, bring on the fan art!

Over on HBO’s The Night Of, everyone is enthralled with the mystery and intrigue of this psychological suspense thriller haha I’m kidding everyone’s talking about the cat.

that cat better have a happy ending, dammit. #TheNightOf

At least SOME good has come from all The Night Of’s doom and gloom:

I have signed an overall deal with the cat from #TheNightOf. 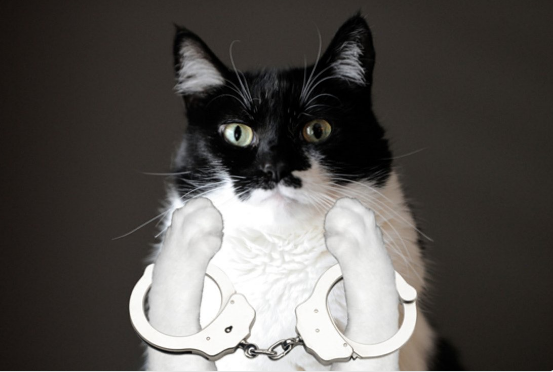