During the Democratic primaries, unions that held member votes over support of a particular candidate almost invariably chose Sen. Bernie Sanders, while unions that made an endorsement based on the decision of its leadership mostly supported Hillary Clinton.

Clinton’s political record is the antithesis of the labor movement. During her husband’s presidency, she strongly supported NAFTA, a disastrous trade agreement for American workers, and more recently helped further negotiations for the Trans-Pacific Partnership (TPP) agreement before opposing it out of political expediency. The surrogates she appointed to the Democratic Party platform supported the TPP, and her 2008 campaign chair, Virginia Gov. Terry McAuliffe, claimed she would ultimately support it.

A former Wal-Mart board member, Clinton also supports a $12 national minimum wage. This is compared to the $15-an-hour national minimum wage movement led by labor unions across the country. While Clinton has claimed to be the champion of the middle class, her lavish fundraisers, billionaire campaign surrogates and Clinton Foundation pay-to-play donations suggest otherwise.

As a result of Clinton’s troubling political record on behalf of the labor movement, several unions have refused to either switch their initial endorsement from Sanders to Clinton, or make any endorsement for president this election. The National Nurses Union (NNU) has been one of the most visible unions throughout the Democratic primaries. Donning bright red shirts, members of the 185,000-strong union campaigned aggressively on behalf of Sanders. NNU chief RoseAnn DeMoro told BuzzFeed News that the labor movement’s failure to fully support the Sanders movement is a “horrendous historical reality.” She then called the resulting BuzzFeed story on the NNU’s apprehension to endorse Clinton a “hit piece on Bernie supporters.”

Several other unions believe neither Clinton nor Donald Trump sincerely represent the labor movement. The International Association of Firefighters, which represents over 300,000 people, has refused to endorse either candidate, and the 1.4 million members of the Teamsters Union have also withheld an endorsement so far this election.

The only reason Clinton has received more support from labor unions than Sanders is because national leaders have chosen Clinton. Local chapters of the same labor unions frequently endorsed and heavily supported Sanders.

“More than a dozen local and regional union groups have broken with their national leadership and voted to support Bernie Sanders,” wrote Andrew McGill for The Atlantic in April. “While it’s common for a national union to stay neutral so its regional affiliates can endorse independently, it’s far more rare to see a local affiliate buck the will of its leadership and tack in another direction.”

Sanders criticized establishment endorsements for Clinton, from large national labor unions and organizations like Planned Parenthood and Human Rights Watch. Often, the leadership of these organizations makes decisions to formally support a candidate without the participation of its members. Such organizations maintained the status quo to further their own interests, instead of taking the risk to support the candidate going up against the entire Democratic establishment.

Sanders’ New Deal populism embodied the labor movement, yet several large labor organizations opted to endorse Clinton based on their leadership’s desire for political access. When the Service Employees International Union (SEIU) helped Barack Obama win the presidency in 2008, they were granted access for representing the labor movement’s positions on several policy developments in the White House. Clinton already has appointed SEIU’s former national political coordinator as her election manager.

For establishment Democrats and leaders of Democratic-leaning organizations, Clinton has always been the default candidate. Endorsing her to expedite the primary process served the Democratic Party’s interests—and therefore labor union leadership interests—while contributing to the labor movement’s steady decline.

Instead of urging Democrats to earn worker support, many labor unions and leaders offer it blindly. While unions support Clinton to stave off anti-labor union policies from the right, they are inviting their own decline by lending help to Clinton, whose interests have been throughout her political career aligned with the corporate and wealthy donors that have enabled her rise to power. 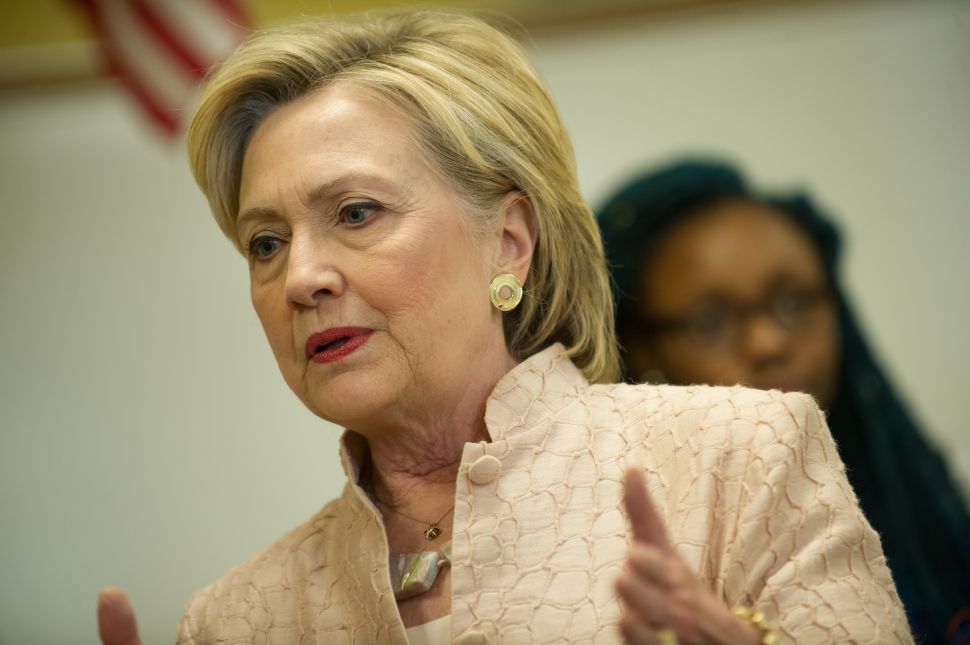