“I thought we played a courageous game,” declared Hope Solo, the USA women’s soccer goalie, reacting to a shocking upset. “I think we showed a lot of heart. We came back from a goal down—I’m very proud of this team. And I also think we played a bunch of cowards.”

Cowards?! Stinging words following a stinging defeat. A lower-ranked Swedish team had just barely beaten the No. 1-ranked defending Olympic champion USA women’s soccer team in the quarter finals, eliminating them from medal contention and preventing them from reaching the finals for the first time in Olympic history.

A month before the 2016 Olympics opened, Solo, in an obvious dig at Brazil, the host country struggling to contain a mosquito-born Zika virus, stoked controversy by posting a photo of herself on social media bedecked in a protective beekeeper’s mask, holding insect repellant. During the preliminary games, local fans had booed her, derisively chanting “Zika, Zika, Zika.”

But that controversy paled next to this latest insult—calling the winning team “cowards.” And for what? Essentially playing a desperate defensive game against a vastly superior opponent.

Such outbursts rarely happen in a vacuum. Solo focused her wrath on the Swedish coach, Pia Sundhage, for implementing this dull defensive strategy. Sundhage, herself, had coached the USA team to Olympic victory in 2008 and 2012. Perhaps Solo felt abandoned, even exploited by her former coach who had repeatedly led them to victory losing only six games in 107. Now that coach switched sides.

The 2016 Olympics have given us several athletes who hired themselves out to wealthy nations—especially Qatar—which quickly grants citizenship so top contenders can play under their flag. Doesn’t this violate the Olympic spirit? Surely the ancient Greeks would never stoop to such a thing.

Twice in a row (488 BC and 484 BC) Astylus, a great runner from Croton, won the sprint—the premier event at the ancient Olympics then, and arguably still. But Hieron, the tyrant of Syracuse, wanted victory for his city state in the dash. So he induced the champion, Astylus, to change affiliation and compete as a Syracusean. Infuriated by his switch of national allegiance, Astylus’ fellow citizens of Croton destroyed the statue they had erected in his honor and turned his house into a prison.

The Swedes won the game—but they may have damaged the sport.

But Pia Sundhage did not hire herself to the highest bidder—the native Swede returned to coach her homeland’s national team. USA soccer itself had headlined her departure as “returning home.” Nevertheless, whatever sense of betrayal Solo may have felt must have been compounded when, in a 2015 interview with The New York Times reporter Sam Borden, Sundhage called Solo the “most challenging” player she’d ever coached, “especially when it comes to trouble.”

And then there was the game itself. Solo had given up the winning goal in the shootout where a great save would have kept the score tied. But it never should have gotten to a shootout. The USA appeared to win it in sudden death overtime.

A linesman blew the offsides call, disallowing what should have been a USA goal.  Still tied, a minute later: “And now Sweden scores! Not counted! Ref calling offside—but she was on! Refs blow calls both ways in a matter of seconds.”

This raises its own controversy. The second bad call may have been the other linesman’s desperate attempt to offset the first. Keep the game in balance by making an intentionally erroneous makeup call. Makeup calls carry a deeply ambiguous and controversial meaning. (We could see affirmative action itself as a badly needed makeup call.)

Some critics vigorously disparage all makeup calls: Two wrongs don’t make a right, they insist. A ref should call every play individually and in isolation as accurately as possible. Others, and I admit to being among them, believe that although we can never officially specify in advance appropriate occasions, a ref who correctly believes a blown call has erroneously, substantially, and unfairly disadvantaged one side, can in certain situations attempt to rectify the mistake, while never admitting it.

If, as the evidence seems to suggest, a line judge did wrongly deprive the USA of its overtime goal and then a second-line judge immediately disallowed Sweden’s, here two wrongs nearly made a right.

Although understandably frustrated and disappointed after Sweden’s shocking upset, even in the heat of the moment Solo should never have disparaged her victorious opponents and their coach as “cowards.” But the substance of her complaint, that the Swedes “didn’t want to play great soccer” and her firm belief that “the best team did not win today,” deserves serious consideration, otherwise lost in the media storm that castigated her as a sore sport.

Every sport has characteristic physical excellences that ideally the superior winning athletes will display. The USA never got to show its stuff. If only the Swedes had engaged them.

In soccer they call it “parking the bus” when a team, desperately holding on for dear life, plays boring, defensive soccer, merely trying to prevent the other team from scoring. Giving them their best chance of victory, Pia Sundhage instructed her team to play this way, designing a game plan that made a match from this mismatch. In doing this she had demonstrated superior gamesmanship—even if some might say she failed the sport itself. This controversy still simmers in basketball over a Hack-a-Shaq strategy; in hockey the New Jersey Devils were long accused of playing defensive hockey to win the Stanley cup they did not deserve.

The Olympics have presented us with swimming, rowing, cycling and a host of physical contests where athletes, trusting entirely in their own training and preparation, can physically contest against opponents whom they effectively ignore. But many individual and team sports such as soccer require something more than superior physical execution—more than a demonstration of superior speed, strength, accuracy and endurance. They also reward superiority in playing a game within the sport. A superior game plan, superior strategy and tactics—adjusting effectively to opponents’ choice of moves—will sometimes produce victory. Was David a coward to knock out Goliath with a well-placed stone from a sling shot rather than face certain defeat in hand to hand combat?

In sum, the Swedes in the women’s quarter finals, taking only two shots on goal, may not have displayed superior physical excellence their sport was designed to measure. But they found a way to win. They did not necessarily out-play the Americans. They out-thought them. The USA didn’t adjust; perhaps they couldn’t or wouldn’t deviate from their own aggressive style.

Unlike most of the rest of the world, Americans generally have not embraced soccer outside of watching our kids play. Too many Americans find it boring with not enough scoring. When Solo vented her frustration at Sundhage, she may have intuitively felt an obligation beyond winning, beyond the team, to the sport’s greater good.

“It was a combative game, a physical game. Exactly what they wanted and exactly what their game plan was,” Solo conceded, even as she attacked Sundhage.

The Swedes won the game—but at what cost? They may have damaged the sport.  Brilliant gamesmanship might sometimes be bad sportsmanship.

SEE ALSO: MICHAEL PHELPS IS NOT THE WORLD’S BEST ATHLETE 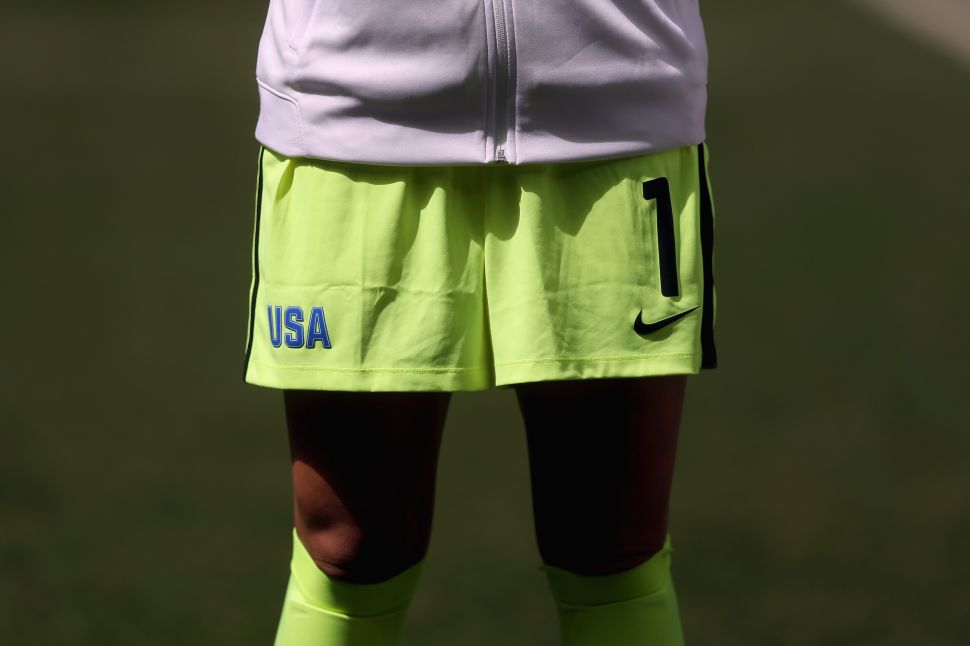