During a press conference last week, President Barack Obama called Donald Trump’s recent claims that the general election will be rigged, “ridiculous.” The retort is the latest attack on Trump from Obama, who has emerged as the Clinton campaign’s spokesperson while Hillary Clinton herself makes low key campaign stops in swing states like Pennsylvania and Florida.

In January, Obama touched upon what Trump was trying to get at when he said the general election will be rigged. But to Obama, this critique is merely about Americans’ interpretations, not the facts.

“Democracy breaks down when the average person feels their voice doesn’t matter, that the system is rigged in favor of the rich or the powerful or some narrow interest,” Obama said during his final State of the Union speech. “Too many Americans feel that way right now. It’s one of the few regrets of my presidency—that the rancor and suspicion between the parties has gotten worse instead of better.”

Denigrating these suspicions as “ridiculous,” despite who said them, isn’t going to do anything but exacerbate these attitudes. And mocking Trump for connecting on one of the biggest issues he can attribute his popularity to will only increase his support.

Although Trump failed miserably to articulate what exactly he meant by “rigged,” he still touched upon an attitude with which millions of Americans widely agree. The sentiment that elections and the system that runs them is rigged has emerged as the issue with the most bipartisan support this election year. A 2015 Gallup poll found trust in the media is at a historic low. A 2015 survey conducted by the Pew Research Center found trust in the government is similarly bottoming out.

The political reality and the ideals of everyday Americans are at such odds because of the influence big money has on democracy. This political polarization directly correlates to broadening income inequality. The growing animosity toward the political system has popularized anti-establishment sentiments across the ideological spectrum. Since the 2008 economic recession, nearly 99 percent of all new income has gone to the wealthiest one percent of Americans. Middle and working class Americans have seen their wages remain stagnant while the wealthy have grown richer.

The 2011 Citizens United Supreme Court decision opened the floodgates for wealthy donors to provide their candidates of choice with unlimited campaign contributions. The power and influence every American citizen is provided in the right to vote has been stripped of its inherent bargaining power.

Clinton has profited off of this rigged system more than any other candidate this election. She managed to raise more money than Sen. Bernie Sanders’ grassroots campaign with the use of SuperPACs, including a controversial joint fundraising committee with the Democratic National Committee (DNC), which laundered money to the Clinton campaign. The Wikileaks and Guccifer 2.0 releases revealed that the DNC strategized and actively worked on behalf of the Clinton campaign while working against Sanders.

The Democratic National Convention was privately funded for the first time, while the donors are still hidden in anonymity by Democratic Party leaders. Despite accusations of favoritism and corruption over former DNC chair Debbie Wasserman Schultz’s leadership as early as September 2015 from Sanders supporters, no remedy was provided until after Clinton secured the nomination. As soon as Wasserman Schultz resigned, Clinton hired her, sending a message to establishment loyalists that they will be taken care of as long as their actions help maintain the status quo..

Trump’s presidential campaign has been fueled by the media sensationalism surrounding his uncensored mouth. The disdain and resentment for Trump within the Republican Party establishment is based less on his policies, and more on his inability to adhere to what the Republican Party establishment wants him to do. His recent drop in the polls has been driven by the mainstream media’s full court press on his campaign, while Clinton also happens to be running for president, but is rarely placed under a critical eye.

Regardless of the flaws Trump has as a presidential candidate, Clinton has received a free pass from any criticism. She has won endorsements from billionaires Warren Buffett, Mark Cuban and Michael Bloomberg while still claiming to be a fighter for the middle class. Her retort to Trump’s slogan “Make America Great Again” epitomizes her out-of-touch elitism that “America is already great.” For millions of Americans who live under or near the poverty line, things continue to spiral on a downward trajectory, with neither Trump or Clinton capable of doing anything but making things worse.

The idea that the elections are rigged isn’t ridiculous, as Obama claims. His attempt to dignify the allegations with a soothing response confirms that he knows the anti-establishment sentiment in the American public is worsening. Instead of admitting that there is some truth to Trump’s clunky claim, Obama felt compelled to pacify those sentiments as hysterical. But they aren’t. The elections are rigged, because the voice of the average American is silenced, and millions of voters are disenfranchised. Along with the mainstream media, the establishment in both political parties will continually fail to restore Americans’ trust in a system overtly rigged to work against them by endlessly preserving the status quo. 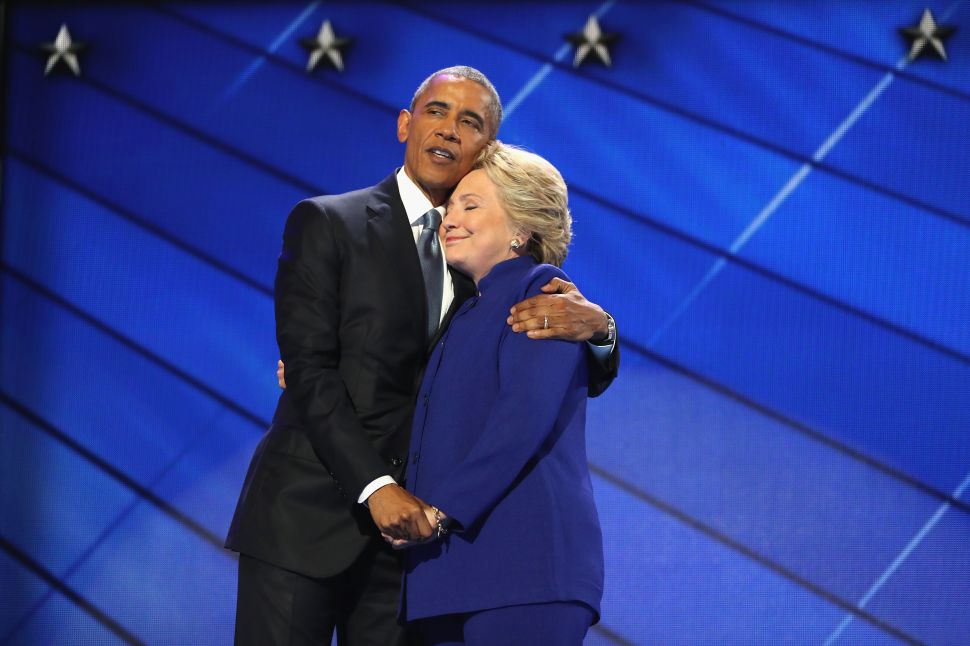