For New Jerseyans supporting legislation that would require independent groups to report their contributions and expenditures, the U.S. Supreme Court has once again made a strong statement on behalf of disclosure.

In denying certiorari, the tribunal let stand a ruling by the Third Circuit Court of Appeals, which upheld Delaware’s disclosure of “third party advertisements.”

Delaware’s Election Disclosure Act requires any non-candidate or political party organization to file a “third party advertisement” report if more than $500 is spent on electioneering communications.

As set forth in the law, a third party advertisement includes an “electioneering communication” that “refers to a clearly identified candidate” and appears within 30 days of a primary and 60 days before a general election.

The advertisement does not have to include specific language calling for the election or defeat of a candidate but just has to clearly identify a candidate and be distributed to an “audience that includes members of the electorate for the office sought by the candidate.”

What is significant is that the Delaware law broadened the requirement for disclosure beyond “express advocacy” or its functional equivalent- ads that explicitly urge voters to support or defeat a candidate. That means groups that sponsor ads that merely tie candidates to certain issues also must fully disclose their activities.

Under current New Jersey law, issue ads that merely mention candidates but do not expressly support or oppose them are not considered political communications even in an election year.

The Third Circuit judges upheld the strong disclosure language in the Delaware law based on two recent Supreme Court rulings.

Citing McConnell v. FEC (2003), the judges said: “The Supreme Court has consistently held that disclosure requirements are not limited to ‘express advocacy’ and that there is not a ‘rigid barrier between express advocacy and so-called issue advocacy.’”

They added: “Any possibility that the Constitution limits the reach of disclosure to express advocacy or its functional equivalent is surely repudiated by Citizens United v. FEC (2010)…”.

While that landmark case has been heavily criticized by some for triggering a wave of  independent spending by corporations and unions, eight of the nine justices strongly endorsed disclosure as a means of  helping voters evaluate ads during an election year.

The majority agreed that: “The First Amendment protects political speech; and disclosure permits citizens and shareholders to react to the speech of corporate entities in a proper way. This transparency enables the electorate to make informed decisions and give proper weight to different speakers and messages.’’

Specifically, Delaware Strong Families challenged the disclosure law as a violation of the First Amendment, stating that the law treats a non-partisan voter guide in the same way that it treats candidates, political parties and PACs.

The organization maintained that it was not advocating one way or another, merely publishing the views of the respective candidates for Congress, and therefore the requirements were overbroad.

In considering the case, the District Court prevented the law from going into effect, asserting that the relationship between the purpose of the Act and First Amendment burdens was “too tenuous.”

However, the United States Court of Appeals for the Third Circuit reversed the District Court, stating that the law’s disclosure requirements were in the interest of an informed electorate.

One highly unusual aspect of the case is that it applied the disclosure requirements to a 501(c)3 group, which is considered a charity under IRS law. In the past, such groups have avoided disclosure rules.

The appeals judges stated: “…we conclude that it is the conduct of the organization, rather than an organization’s status with the Internal Revenue Service, that determines whether it makes communications subject to the (Delaware) Act.”

Although US Supreme Court Justices Clarence Thomas and Samuel Alito would have granted certiorari, the majority of justices agreed with the Appeals Court’s ruling in favor of disclosure, even in the case of a voter guide. They agreed Delaware residents have a Constitutional right to require groups that distribute issue communications mentioning specific candidates to disclose donors and spending.

In New Jersey, independent groups are ever increasing in number and spending. Current law allows many to avoid disclosing their contributions, their expenditures, or both.

They gave zero details on their contributions or expenses. To put the $11 million in perspective, it was more than the entire cost of the 1985 gubernatorial election.

Spending by independent groups also has reached down to the local level and with two important ballot questions this year, involving casinos and the transportation trust fund, is expected to amount to between $40 to $60 million. How much of that will be “dark money”?

Unless independent groups specifically state in their advertisements that they “support” or “oppose” a candidate, there is no requirement under New Jersey law that they disclose their expenditures and in no case are these groups required to tell the public who is contributing to them.

For some time, this columnist has been calling on the Legislature to pass a law that would require disclosure by these groups, treating them in the same way as political parties and candidates.

Two legislators, Republican Assembly Minority Leader Jon Bramnick and Democratic Assemblyman Troy Singleton have introduced legislation that would require registration and disclosure of donors and expenditures by these groups.

With the question of the constitutionality of disclosure no longer in doubt, even for communications that go beyond the functional equivalent of express advocacy, it is time for the Legislature to take up the challenge and pass legislation to require independent groups to report their financial activity in the same manner as candidates and political parties. 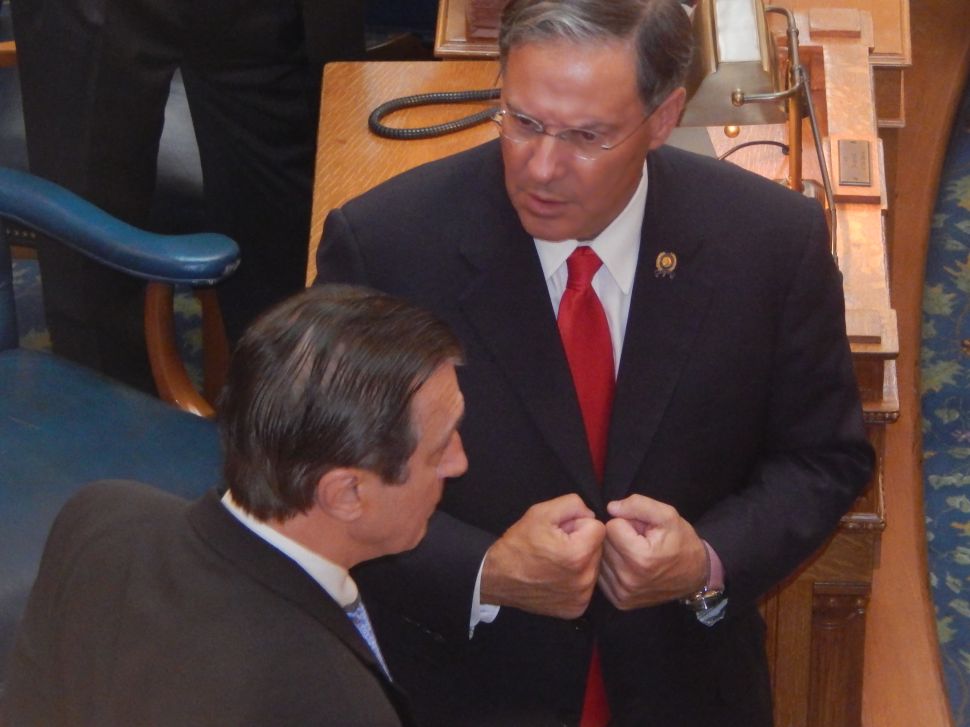