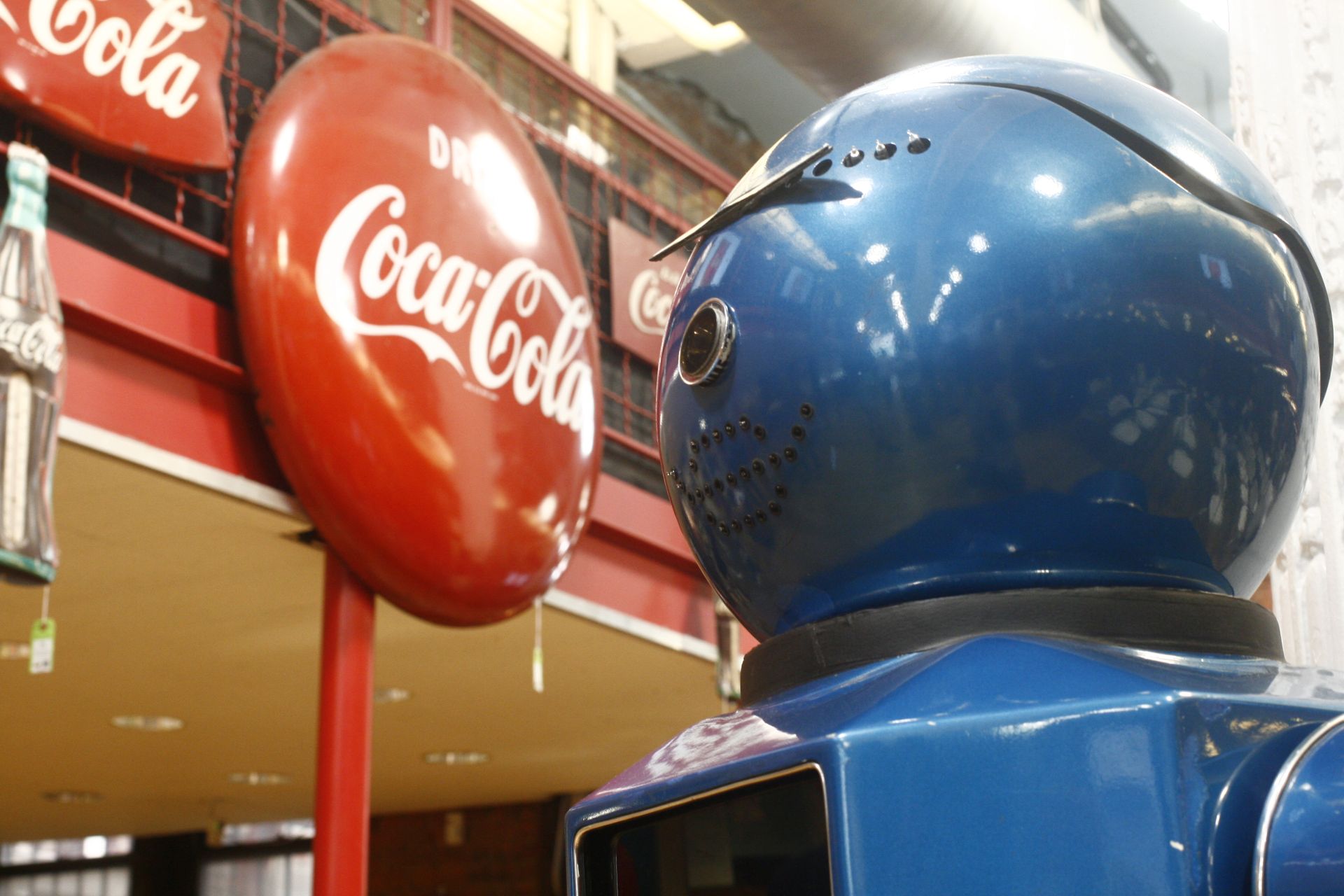 This robot may be one of a kind. It has working mechanics, but Dick Demenus was never able to find its origins.
(Photo: Brady Dale for Observer) 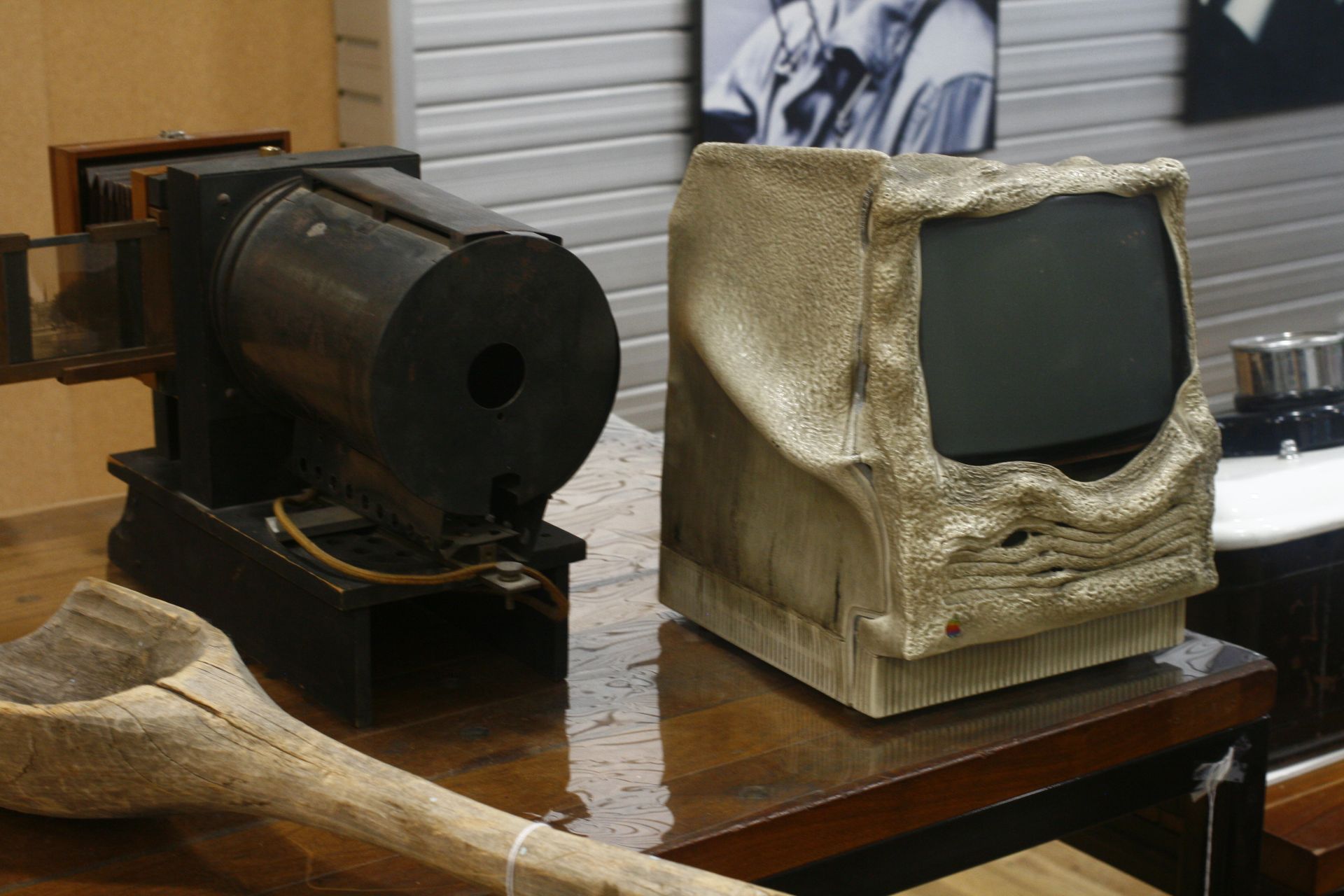 A Macintosh beyond the service desk's ability to repair.
(Photo: Brady Dale for Observer) 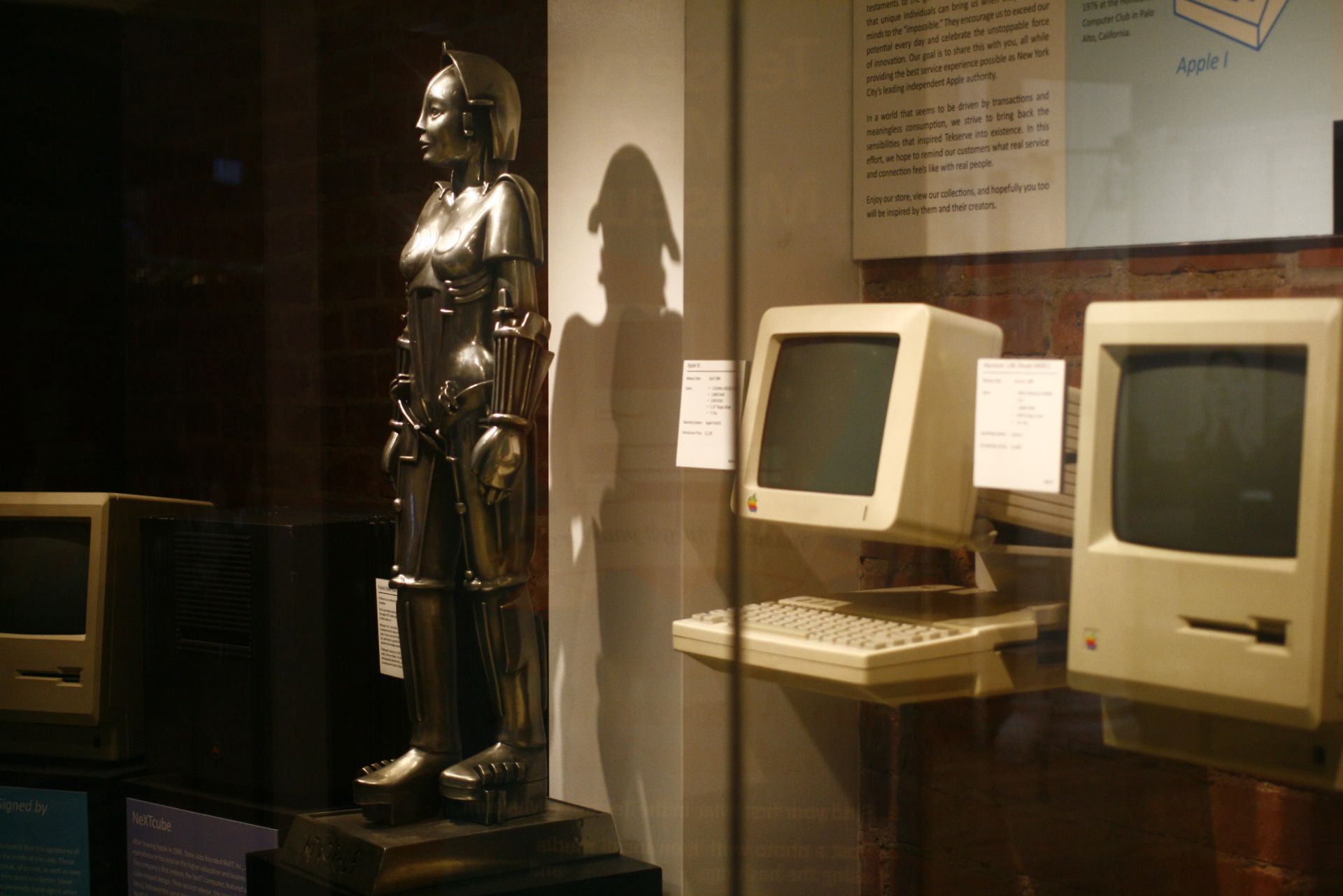 A slice of the museum.
(Photo: Brady Dale for Observer) 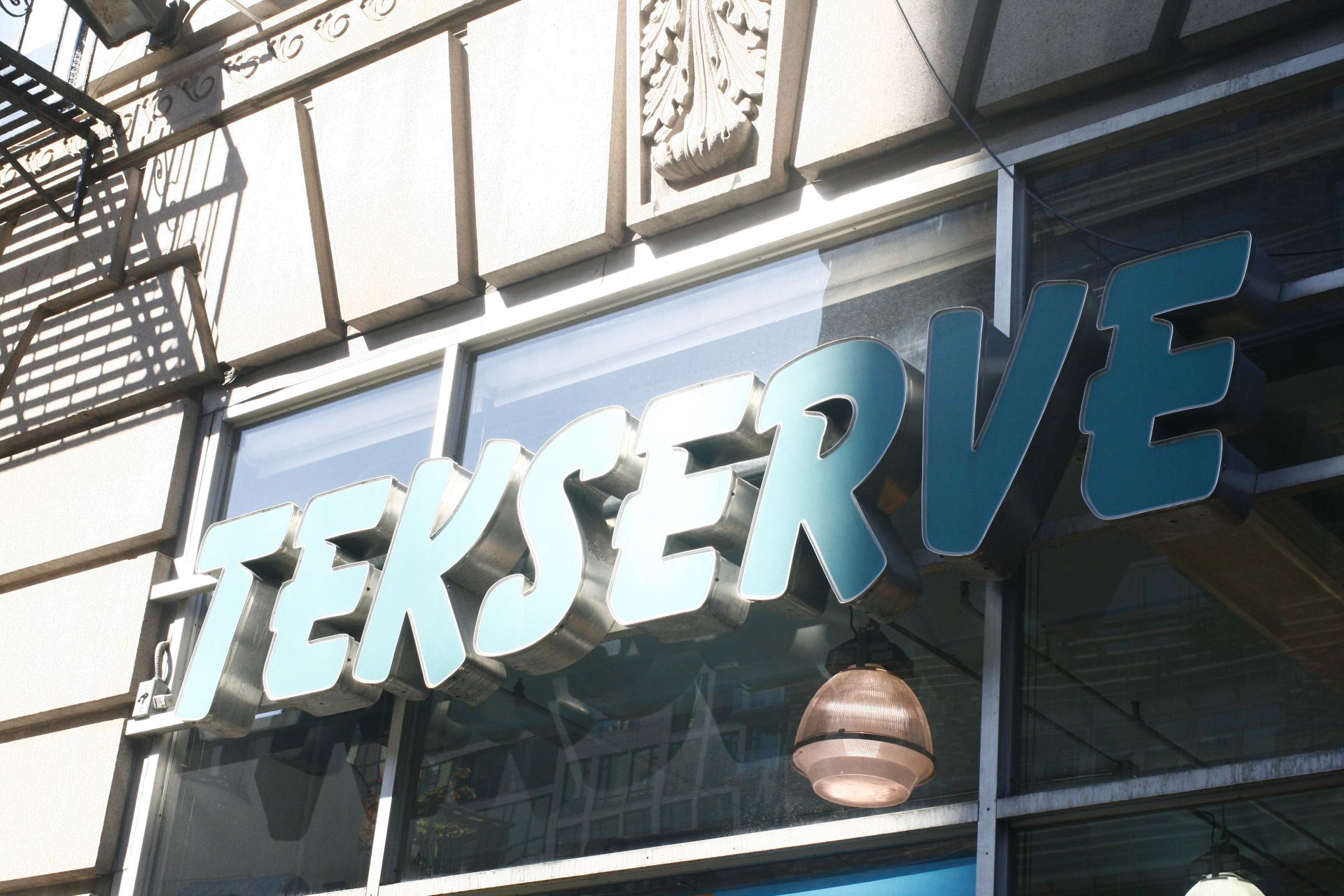 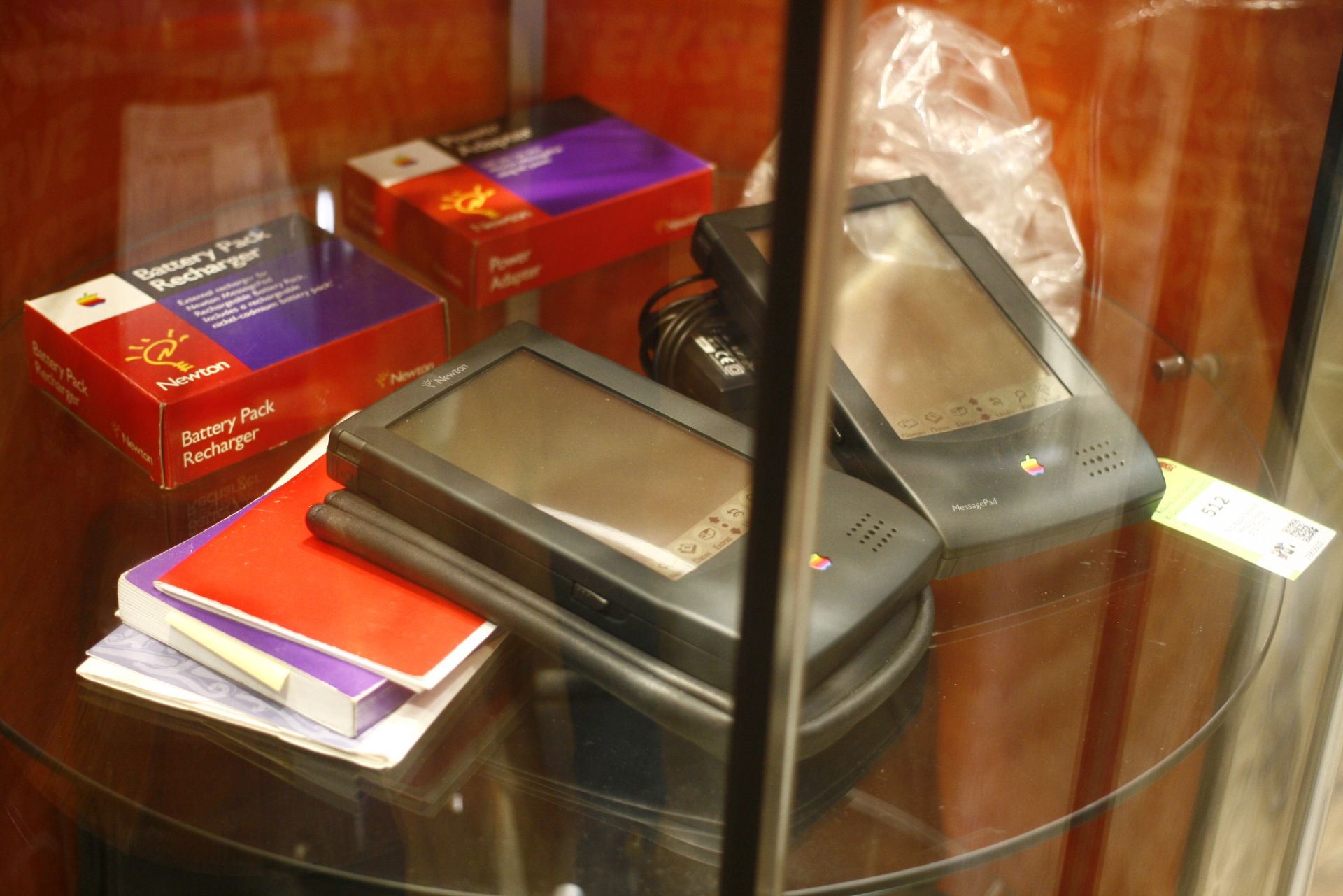 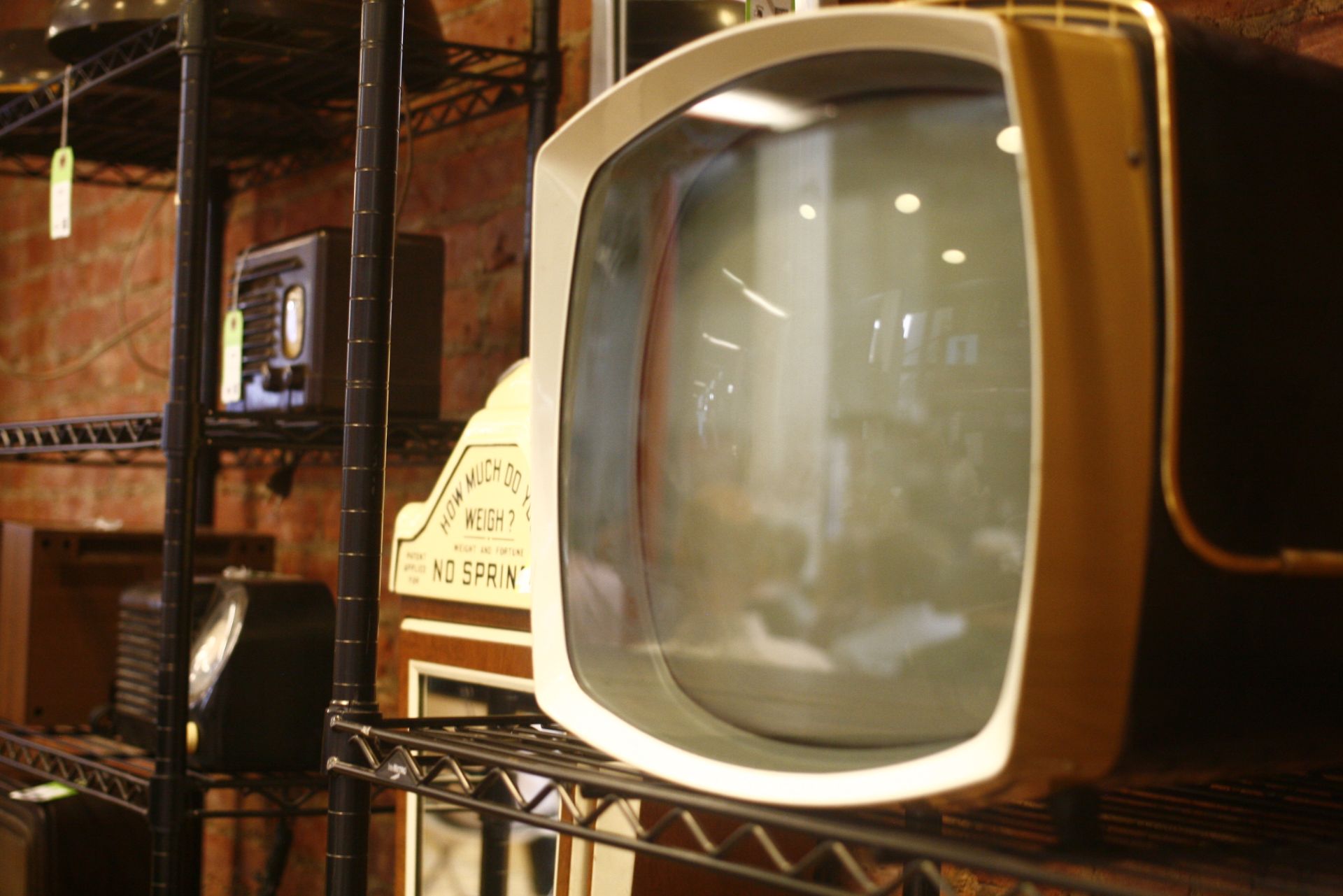 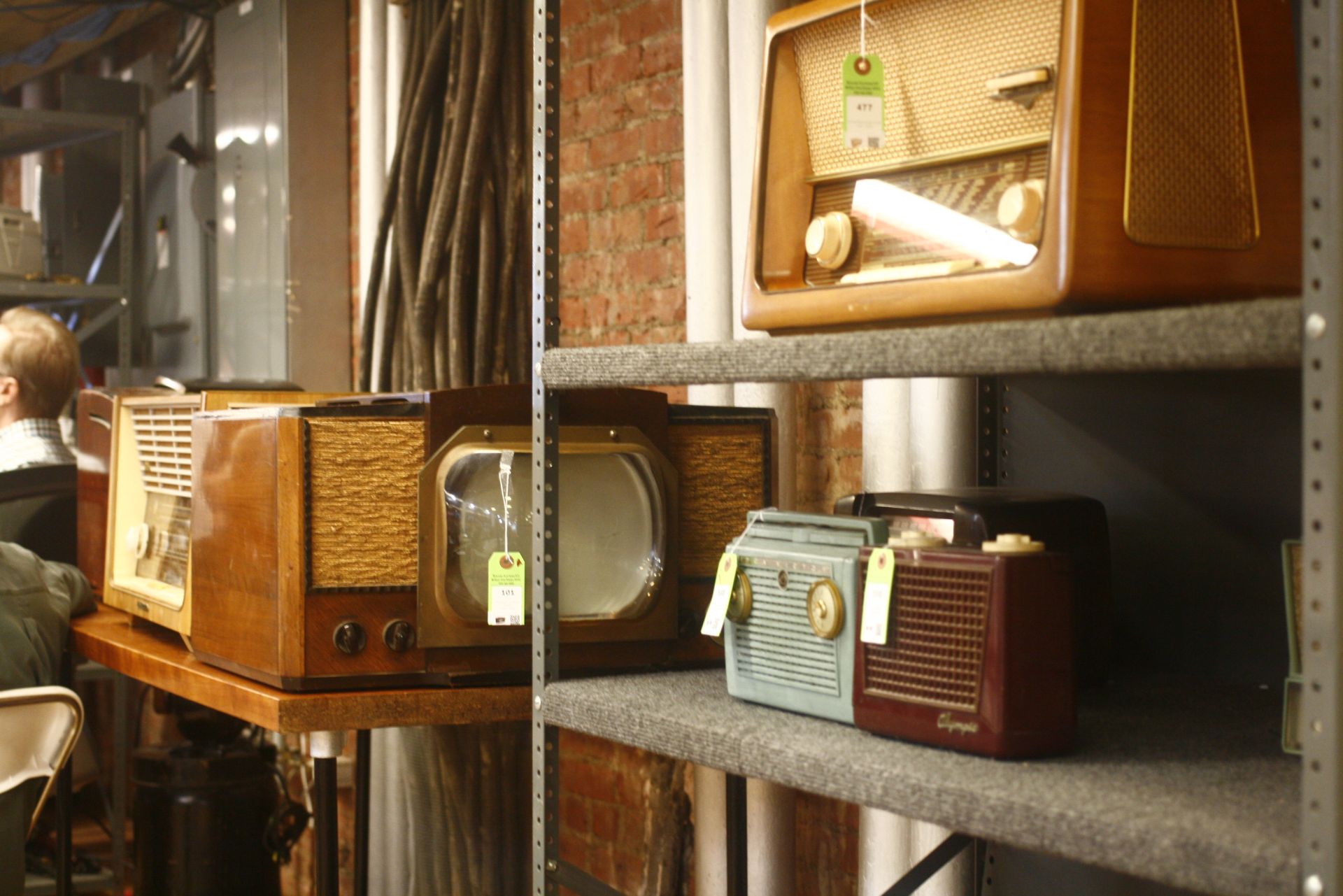 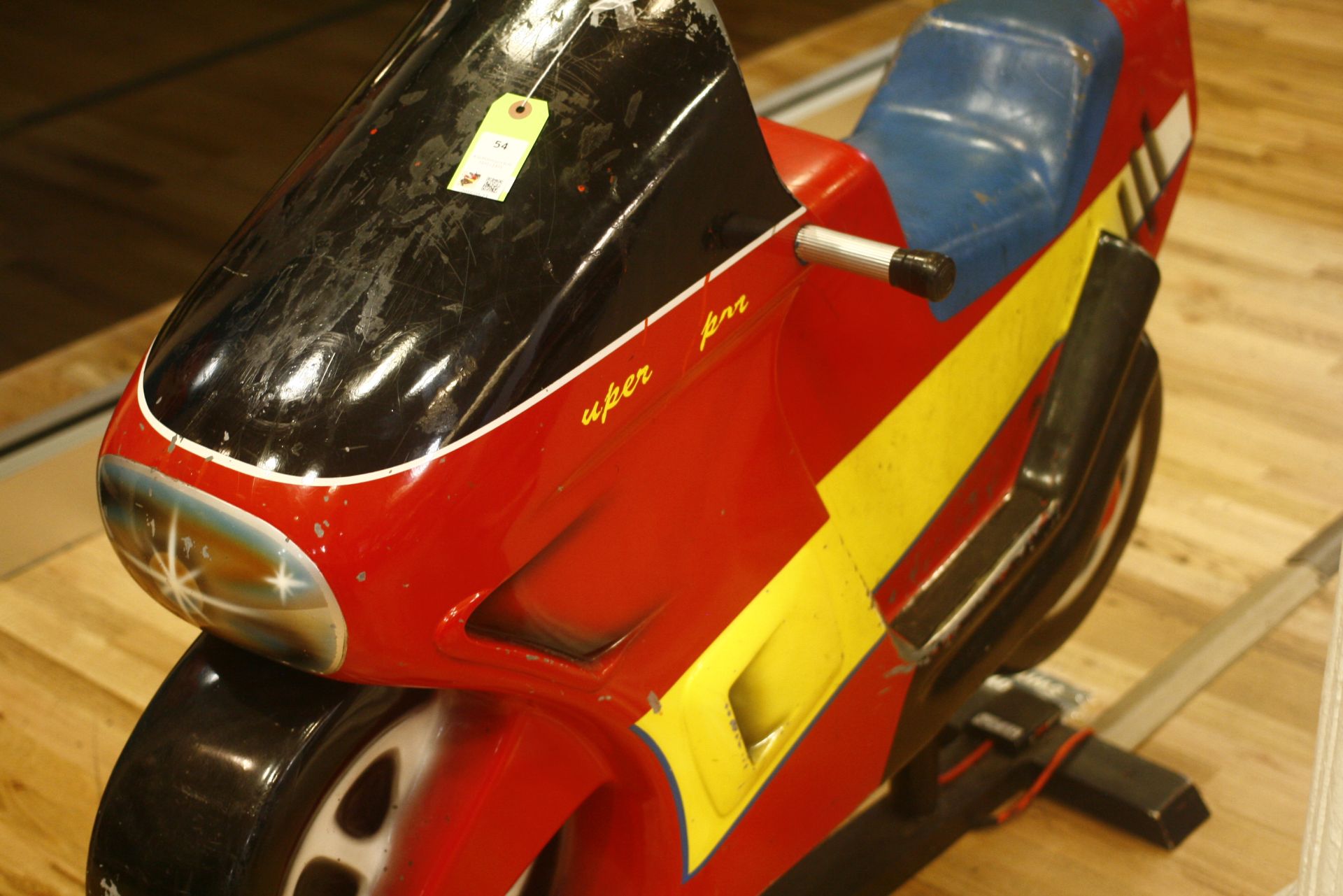 There were more than a few whimsical items available.
(Photo: Brady Dale for Observer) 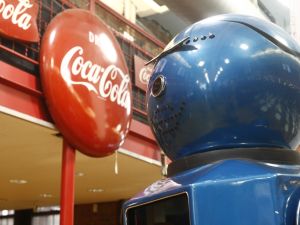 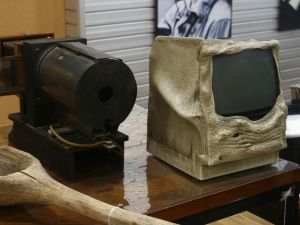 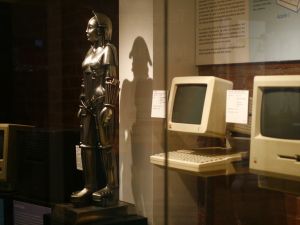 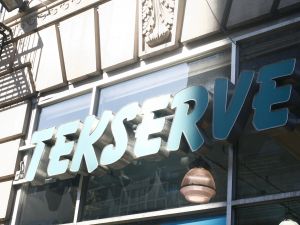 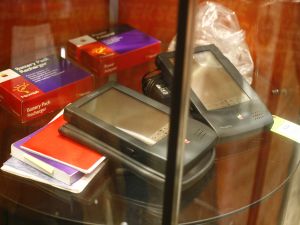 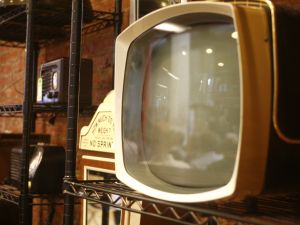 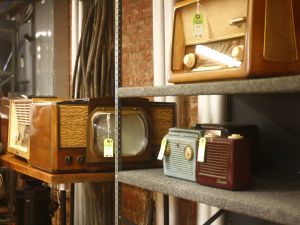 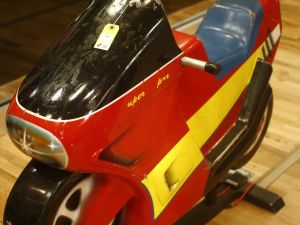 Tekserve was a nice place. Unfortunately, New York City real estate is not. As the 29 year-old Apple seller and service shop moves toward permanently shuttering its retail store on West 23rd street, the 29 year-old gathering place for Mac lovers held an auction Tuesday to redistribute the collection of antique technology accumulated by co-founder Dick Demenus.

When the Observer visited, it didn’t look much like a store anymore. The front half was filled with cardboard boxes of used QR code scanners, USB cables and the like. The intake desk was still lined with ancient Macintosh’s, the kind with the greyscale screens. The racecar seats that made up the waiting area were still bolted in place, and we overheard a fellow in one talking about how hard it is to organize band practice. The waiting area was surrounded by Demenus’s Apple Museum, an archive of all of Cupertino’s greatest hits (and not-great-hits, such as the infamous Newton PDA).

On the other side of the store, an auctioneer with a silver mane swept back above his happy salesman smile auctioned Tekserve artifacts piece by piece. We watched a Miles Davis “Think different” poster sell for $1000, followed shortly thereafter by the Ansel Adams entry in that series, which went for $1600. No one was surprised more by the hefty price fetched by the printed ads than their owner.

For him, though, the artifact that really captured the store was the Coke machine, which sold glass bottle drinks for a nickel. The sodas cost the company about $.75 each. “If that sounds like bad business, you have to keep in mind we sell thousands of them,” Demenus laughed, adding that it captured the store’s philosophy of treating people well (the place also boasted two restrooms that would have been easy for mere browsers to access). It sold for $1400.

The oldest item he sold was a 500 million year old fossil of a crinoid, or sea lily. The oldest technology piece was probably a Blickensderfer typewriter, from the 19th century, Demenus said. If we had more space, we might have picked up one of the vintage radios, which were going for around $150 each.

Among the lot of auction buyers bidding in person, there were a lot of short-sleeved button down shirts. It was a mix of past customers and collectors. Among fellow mere observers of the event, we met an art blogger whose site had long been sponsored by the company and a freelance photographer and longtime customer who came to take pictures for her own collection.

Dick Kramer, a former employee, came out to see the technological artifacts auctioned off. He worked for the place twelve years total, starting in 1999, across two different stints. With on-the-job training, he moved up from the intake desk to its repair team, doing data recovery. He said that his old boss “saw the stuff as an inspiration.” Kramer now works at an Apple store.