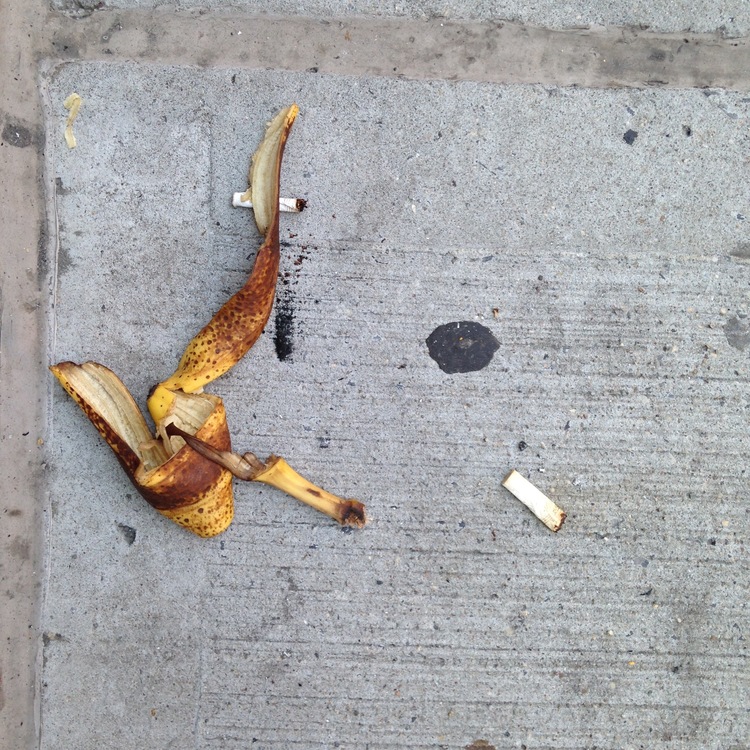 “I've been smoking since I was sixteen. I thought it was sexy as hell. I still do. You don't quit sexy."
(Photo: Bananas of New York) 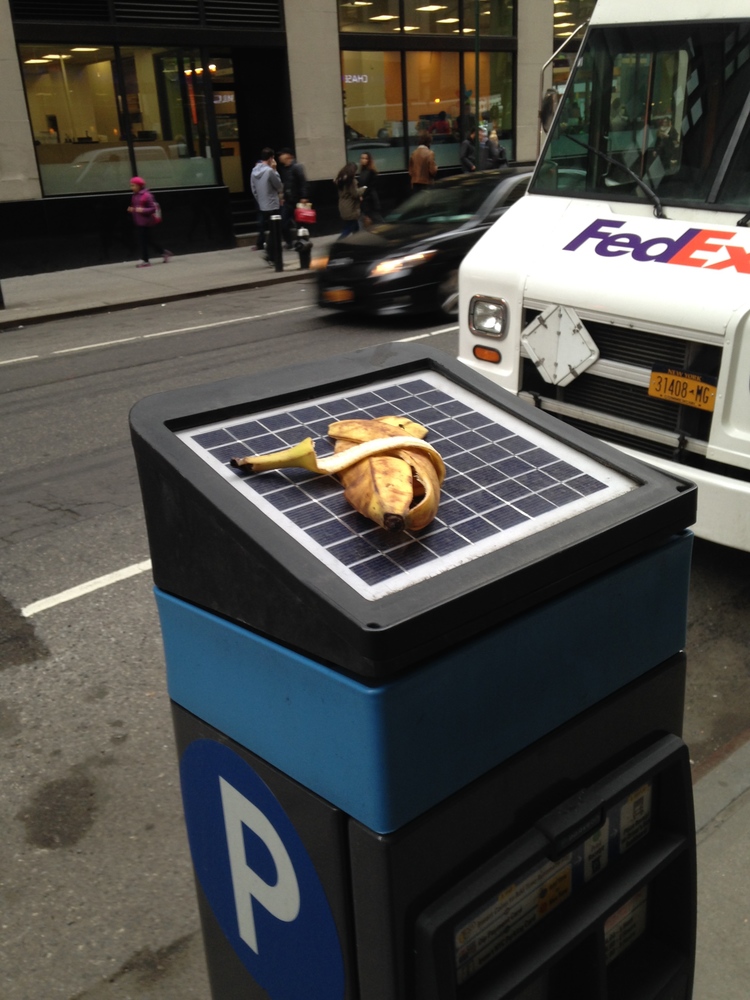 “It's easy to be a celebrity in this city. No one really hassles you for autographs. You can kind of walk freely, which is really refreshing. One time in LA, I woke up and found someone in my hotel room trying to jar my sleeping breath."
(Photo: Bananas of New York) 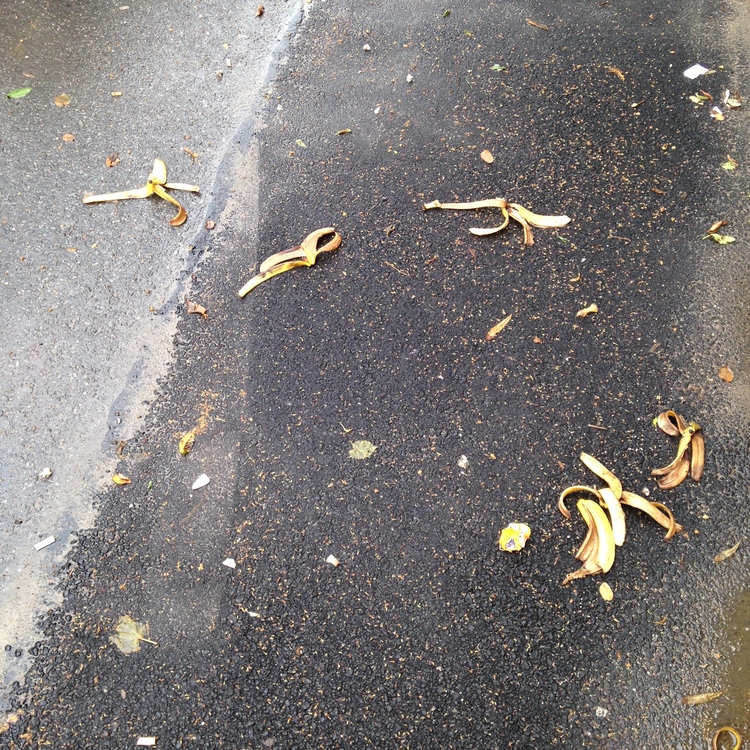 “We're all out here for Gus' bachelor party weekend. We were just at Dallas BBQ doing a recovery brunch, but ended up getting fuckin' hammered. Now we're headed uptown to catch a show like Uncle Vanya or some shit."
(Photo: Bananas of New York) 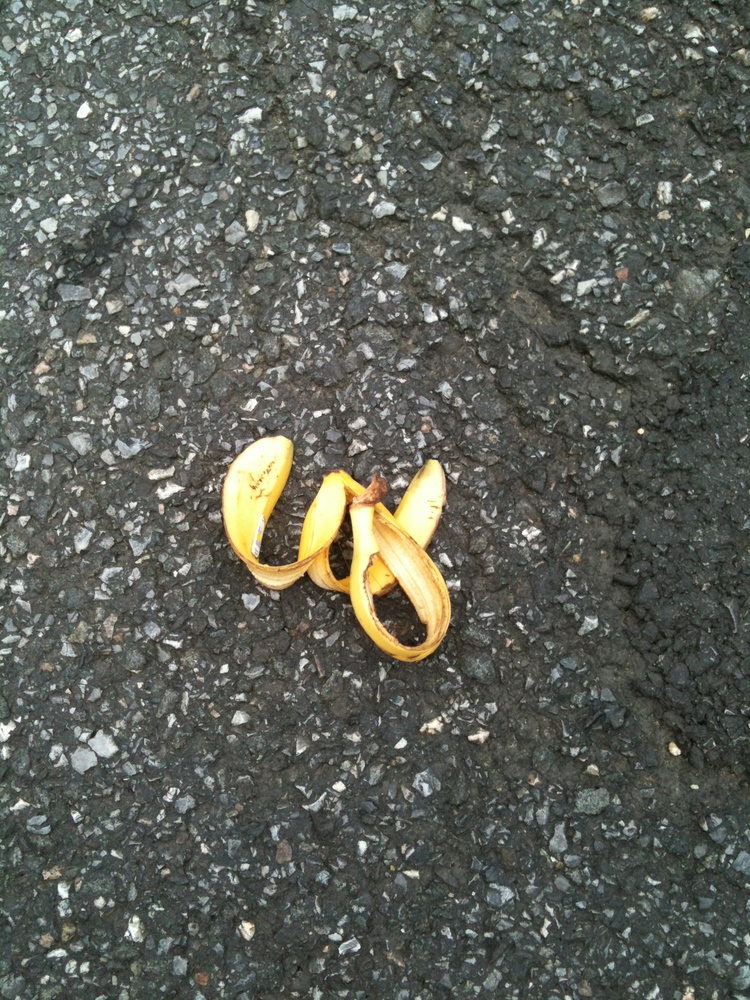 “I love walking this city. It's surprising, romantic...It's just New York City. What more can I say!"
(Photo: Bananas of New York)
Advertisement 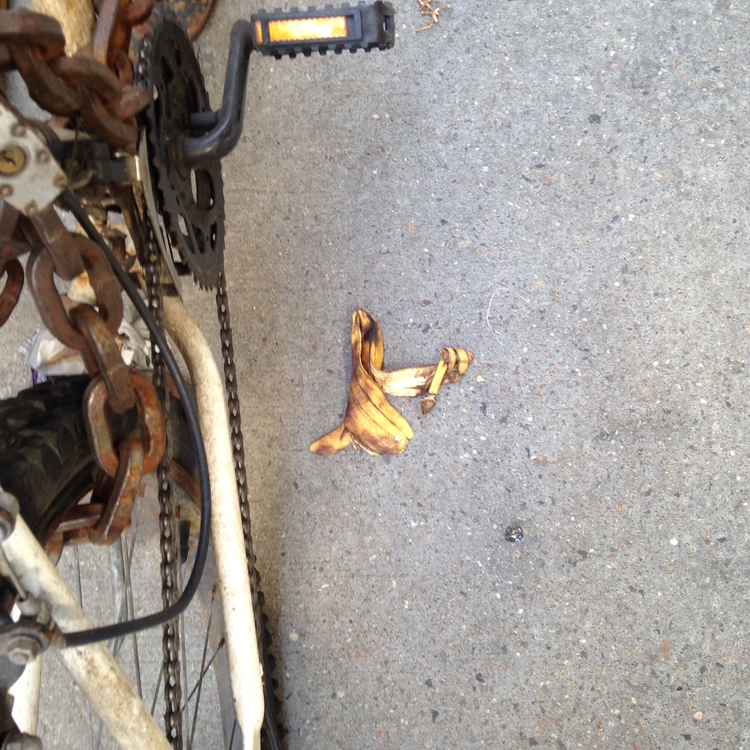 “Biking to work has totally changed my life. I'm exercising more, I'm seeing different parts of the city, its just great. My four-year old daughter, on the other hand, hates it. I have a seat for her on the back and she just screams her head off for about forty-five minutes."
(Photo: Bananas of New York) 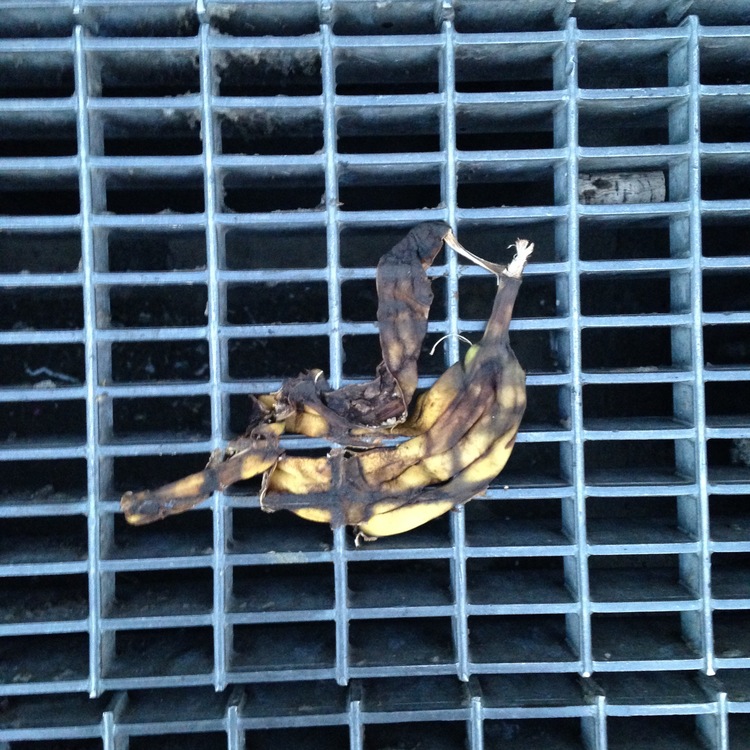 “I remember the old East Village, where you had to go to two separate stores if you wanted to get a tattoo and a novelty skull bong."
(Photo: Bananas of New York) 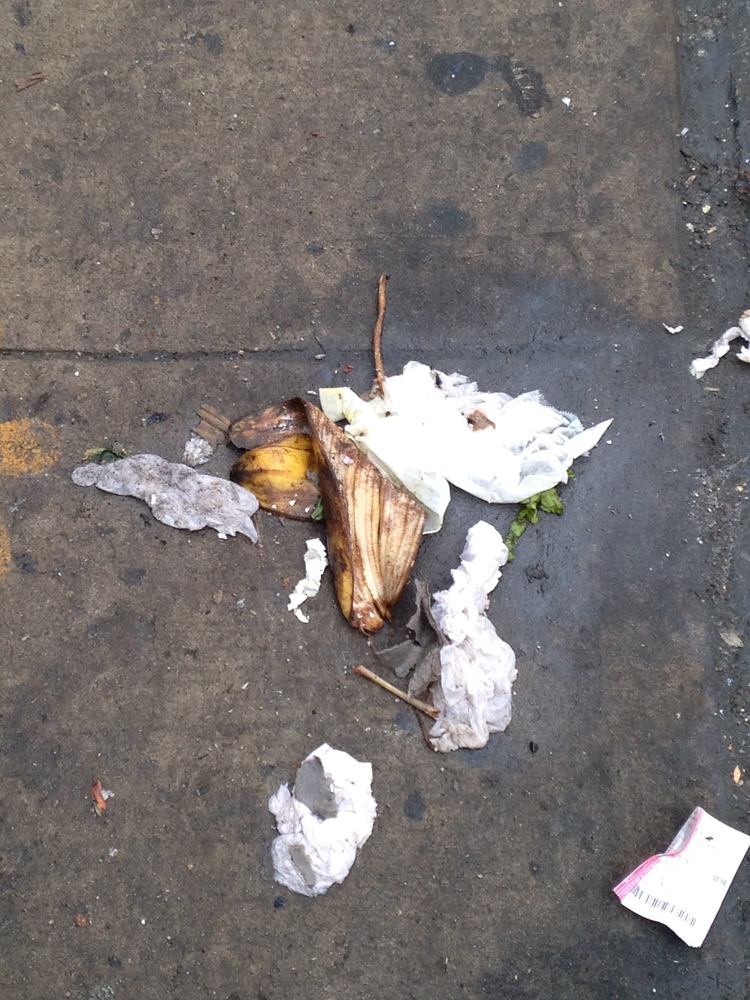 “I get hit hard with allergies every spring, which can be really bad for business. No one wants to get a haircut from a guy who's sniffling and coughing the whole time. I tried wearing one of those mouth cover mask things but I couldn't breathe well in those. So recently I've just been wearing my kid's old Scream mask. Anyway, works for me and the regulars don't mind."
(Photo: Bananas of New York)
Advertisement 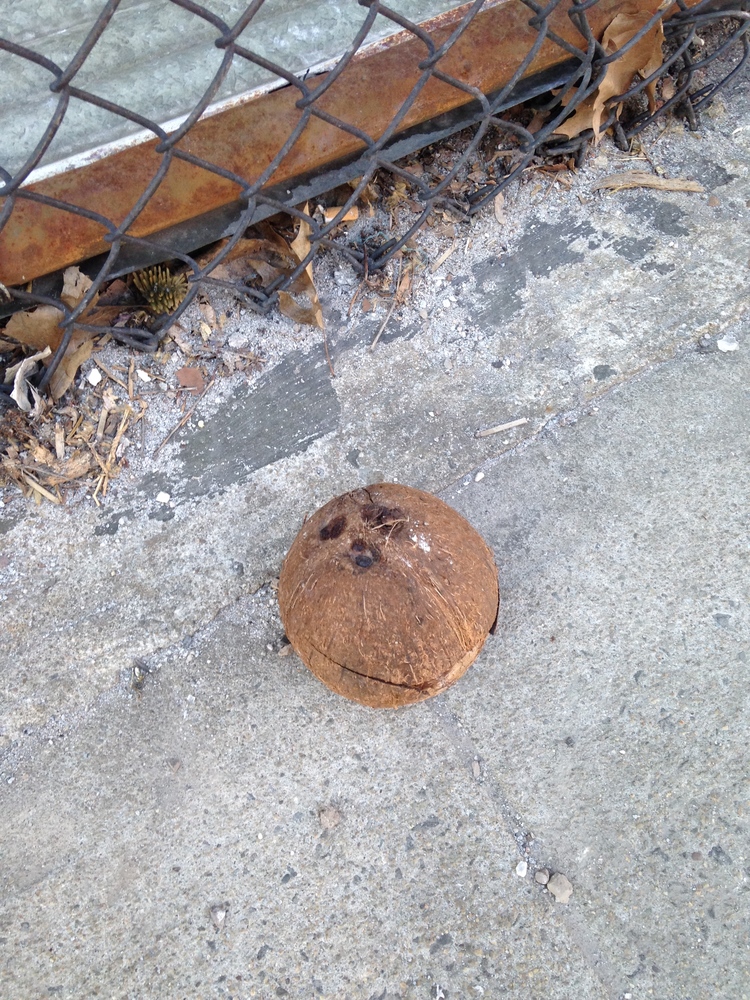 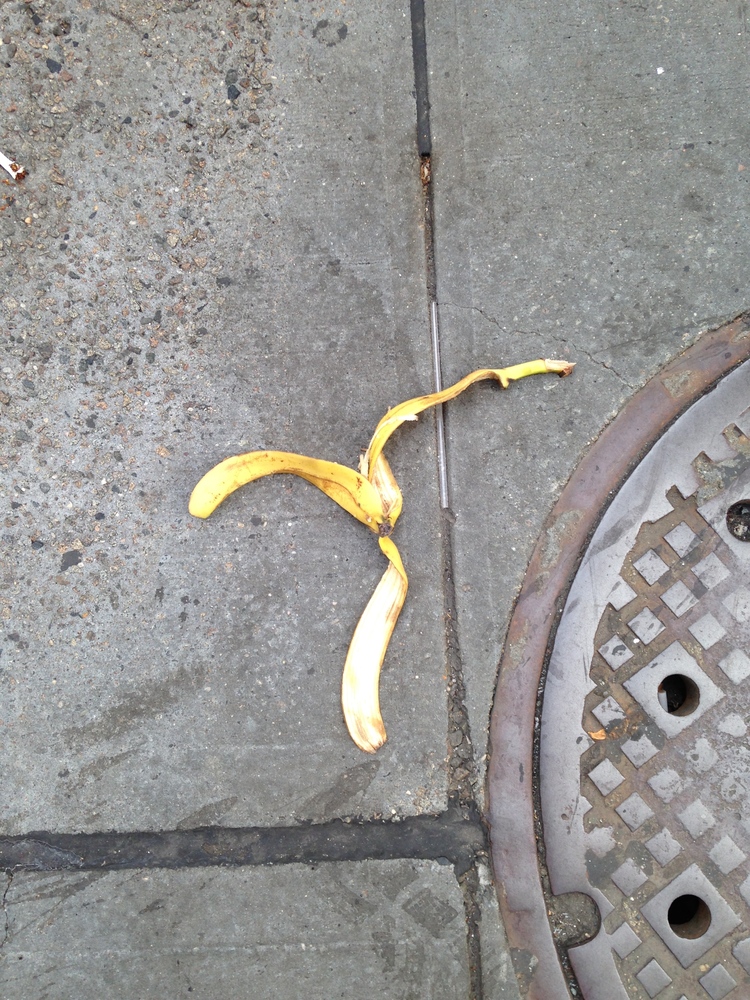 “My friends tell me I have an incredible tolerance for pain. Whether or not that's true, I don't think they need to keep testing me on it. Last week I was riding an elevator with a co-worker. Everything was totally normal until he just stomps the crap out of my left foot. It hurt like a son of a gun. I was pissed as hell. But at the same time, I felt like showing him that it did really hurt would be letting him and my friends down in some way. I have a reputation now. So I grinned and said, 'Nice try'. I guess its just as much on me as it is on them."
(Photo: Bananas of New York) 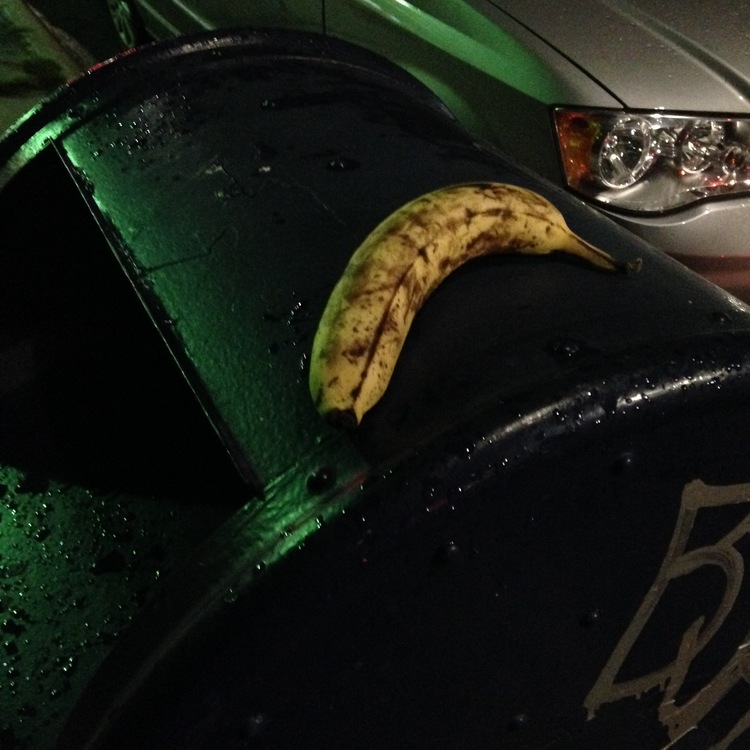 “I think my son is a pervert. He's always upstairs in his room, watching old game shows. I don't understand it. I don't know where he gets it but it bothers me and makes me sick."
(Photo: Bananas of New York)
Advertisement 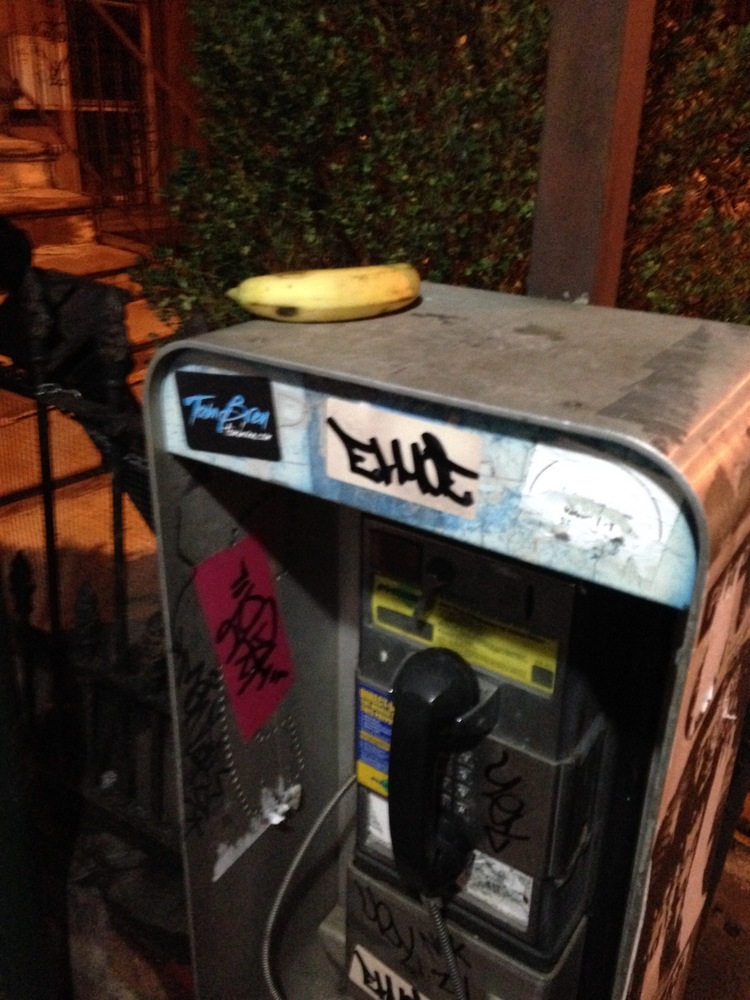 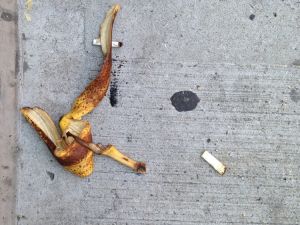 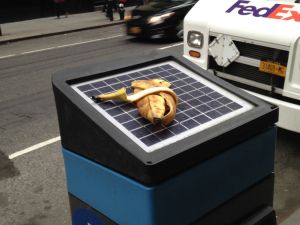 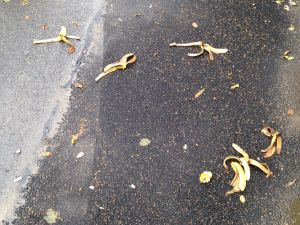 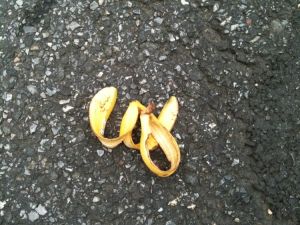 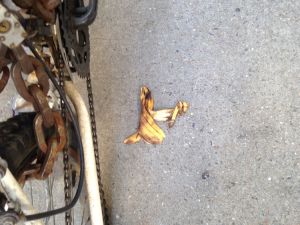 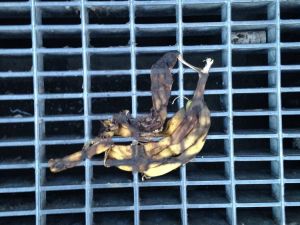 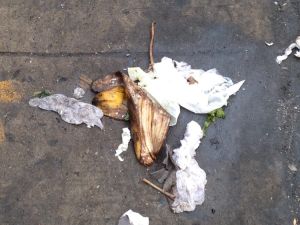 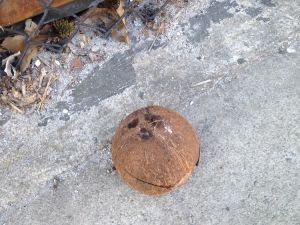 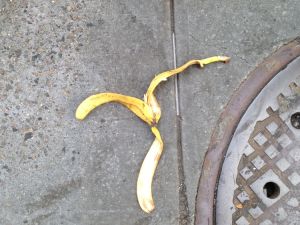 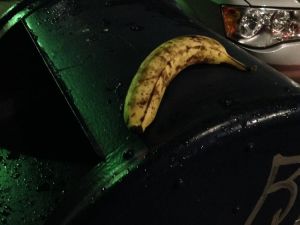 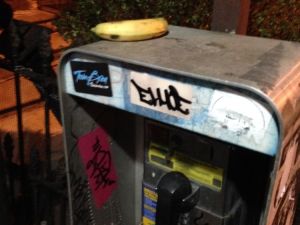 You have Millennials of New York. You have Felines of New York. You even have Goats of Bangladesh. We’ve tracked parodies of the global sensation Humans of New York and even rounded up the nine best. And now we’ve found another that is definitely worth following.

Like you’d imagine, the parody pairs photos of bananas with human captions. Believe it or not, it started out as a personal fascination with banana garbage rather than a parody account.

“For a while, I’d been taking pictures of banana peels that I came across on the street because I find them somewhat fascinating,” founder Vincent Moore told the Observer. “It’s such a specific and cartoonish form of littering and I never really thought that it actually happened in real life. They stick out more than other things on the street.”

It was only when Moore had collected a ton of photos and wanted to put them to use that Bananas of New York was born.

“I didn’t know what to do with the pictures at first but I knew I wanted to do something. Eventually, I decided to make a Humans of New York-style website for them as I thought it would be a fun format to use to tell their stories,” he said. “As I began working on it, I found that the bananas have a lot personality, which made writing for them really fun and interesting. It feels like they have distinct voices.”