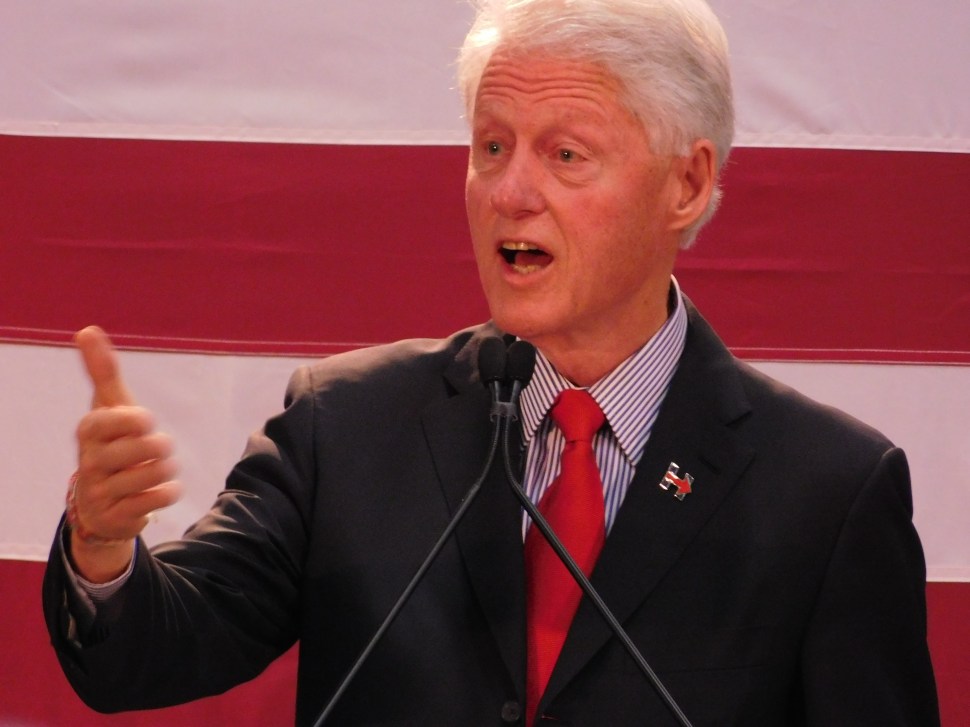 “On Sunday night, after campaign stops in Cincinnati and Scranton, the Rodhams’ hometown, we flew to New Jersey for a big rally at the Meadowlands, a musical extravaganza featuring rock, jazz, and country musicians and movie stars who were supporting me. Then I played sax and danced with Hillary before 15,000 people at the Garden State Park racetrack in Cherry Hill, New Jersey, where a horse named Bubba Clinton, the name my brother had called me since he was a toddler, had recently won at 17-1 odds. My odds were better now, but they had once been far longer.”

Clinton, of course, was campaigning here on the last week of the 1992 general election, in a state where Republicans had won every previous prez contest going back through 1968. In vain, incumbent Republican President George H. Bush spent the eve before Election Day trying to fend off Clinton in Madison, with former Governor Tom Kean at his side.

Clinton won that year, both nationally and in New Jersey, triggering a streak of Democratic wins in the Garden State in prez contests ever since.