The following map, which shows the real value of $100 in each state, mostly connects hard data to the things we already knew about life; areas with big cities are more expensive than more rural areas, mostly because of the competitive pricing of scarce land in cities like Washington D.C. or San Francisco. It also shows the advantages of cheap shipping; while Mississippi and Idaho are both rural, and both have cheap land, Mississippi is much easier for goods to get to. Finally, taxes and regulations may play a role in some states proving more expensive than others.

The most surprising thing about the map might be Hawaii’s role as the most expensive state. Unlike New York or California, it isn’t known for its huge cities. But land is very scarce in Honolulu, which is wedged between the mountains and the ocean. And furthermore, many goods consumed in Hawaii are built off the islands and shipped across the Pacific. These kinds of costs add up, and make Hawaii a very expensive place to live. 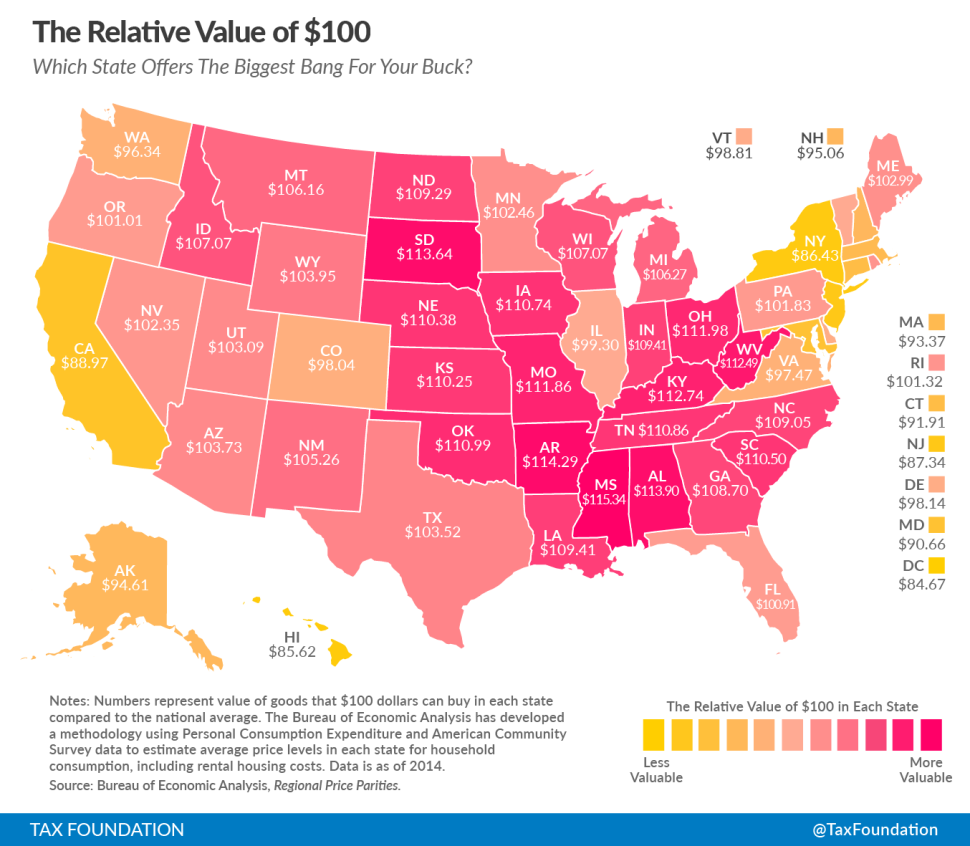