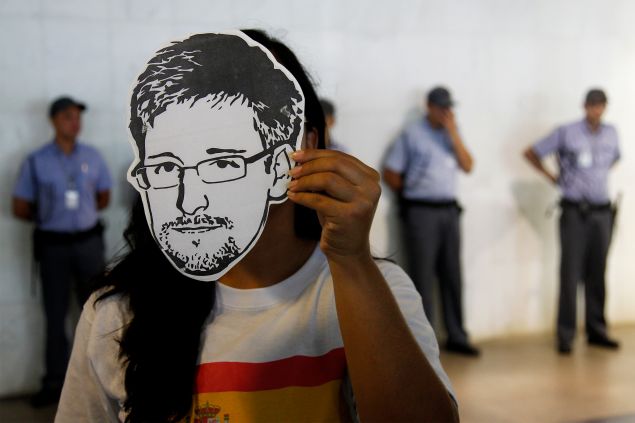 In 2015, during the first Democratic Party debate, Clinton said Snowden should “not be brought home without facing the music.” (Snowden has claimed his lawyers are still waiting to hear back on negotiating a deal with the Department of Justice to return to the United States.)

During the second Democratic debate, Clinton called for a “Manhattan-like project” to expose any encrypted communication, yet her own campaign is using the same encryption technology she wants to stop others from accessing. She’s been doing this for a while. In the early 1990s, Bill Clinton’s Administration sought to create a backdoor in all encryption technology.

Given Hillary Clinton’s critical attitude toward Snowden, his actions, and encryption in general, it is ironic that after the Democratic National Committee (DNC) was hacked earlier this year, her campaign staff and the DNC scrambled to install and exclusively use the encrypted app, Signal. Who popularized it? Edward Snowden. “I use Signal everyday,” he tweeted in November 2015.

Embarrassing emails released by WikiLeaks and Guccifer 2.0 revealed the DNC, under former chair Debbie Wasserman Schultz’s leadership, worked on behalf of Hillary Clinton before and throughout the Democratic primaries. Internal memos dated as early as March 2015 referred to Clinton as the nominee. DNC emails exposed an environment of animosity toward Sen. Bernie Sanders and his supporters, while DNC staff actively strategized on behalf of Clinton’s candidacy. In the wake of these revelations, the DNC and Clinton campaign have focused not on reforms to restore and enrich democracy in the Democratic Party, but to hide future communications from hackers.

Clinton has denied the veracity of Snowden’s argument for exposing the NSA’s mass surveillance program, even though it was later ruled unlawful by a federal court. Despite Clinton’s harsh criticisms of Snowden, the DNC and Clinton campaign have been diverting attention by focusing on their own privacy rights.

During a meeting at Clinton campaign headquarters in May, staffers were told to switch to the “Snowden-Approved” security app Signal. “A week after the meeting at the campaign headquarters, according to two people who have worked with the D.N.C. and the Clinton campaign, an e-mail was sent out instructing staffers where to download the app and how to use it,” wrote Nick Bilton in a Vanity Fair article.

In response to the piece, Snowden poked fun at the Clinton campaign staff. He tweeted last weekend, “2015: Even if he revealed unlawful government surveillance, put him in jail! 2016: wait what apps does he use.”

2015: Even if he revealed unlawful government surveillance, put him in jail!
2016: wait what apps does he use pic.twitter.com/00XIm45l3p

Clinton and others have argued that Snowden would have been afforded whistleblower protections if he had raised concerns through what they usually call “the proper channels.” Yet these protections have been proven virtually meaningless for people in the intelligence community who tried—including Diane Roark, Thomas Drake and Sabrina De Sousa. In Clinton’s attacks on Snowden, she employs many of the same arguments used to criticize her use of a private email server. Unlike Snowden, Clinton can’t make the argument that it was all for public benefit, as the only person who benefited from Clinton’s private email server was Clinton and her supporters.

In light of the corruption exposed through WikiLeaks’ DNC emails release, and Freedom of Information Act (FOIA) requests pointing to more pay-to-play examples between the Clinton Foundation and the State Department, Clinton should be working toward regaining public trust through expanding transparency. Instead, she’s coldly trying to prevent future hacks leading to embarrassing leaks for her, while still dubbing Snowden a criminal. This hypocrisy yet again demonstrates how Clinton at every turn prioritizes her political ambitions over serving the public. 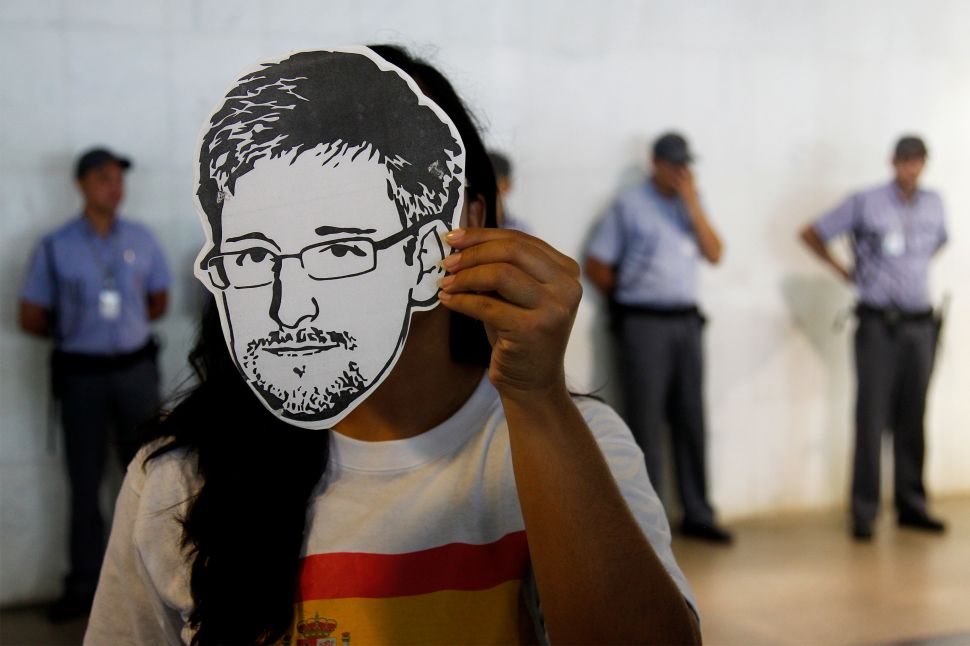