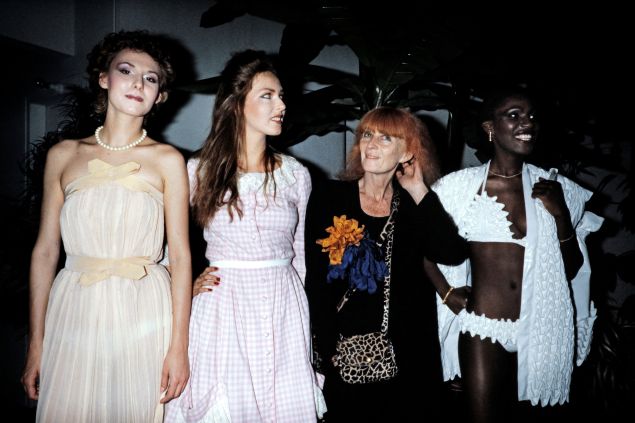 It was announced by WWD this morning that the great French designer, Sonia Rykiel, has passed away at the age of 86. Often closely associated with the artsy Left Bank of Paris and her wedge of curly red hair, the designer succumbed to her battle with Parkinson’s Disease and osteoporosis.

Rykiel notoriously starting designing clothes in the ’60s, during the search for a maternity dress that she actually liked. Following an unfruitful quest, she decided to just make a design of her own. Eschewing the loose, flowy styles of the time, the novice designer opted for a formfitting frock that purposely did not hide her growing belly. She told Newsweek in 1976 that she “wanted to show the world how happy I was.”

She went on take that same approach to building her brand, creating clothing out of necessity her life as a strong, passionate woman. “I made clothes spontaneously. When it rained, for example, I designed a trench coat. When it was cold, I did a coat. I followed my instincts,” is how she described her design process in the early days. 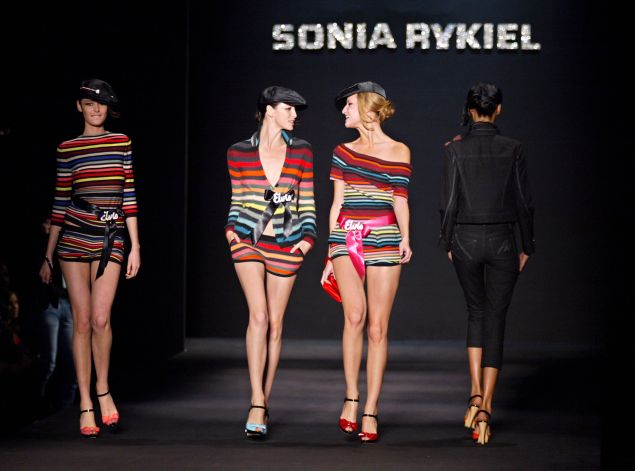 Those spot-on instincts led to the creation of many iconic and memorable pieces. The first was the “poor-boy” sweater in 1962, which was a shrunken ribbed knit she created for Laura, a shop owned by her husband at the time. The style was an automatic hit and Audrey Hepburn was one of the first big customers, scooping up nine pieces of the style. Elle put the sweater on their cover, on the back of Francois Hardy, no less, and WWD dubbed Rykiel the “Queen of Knitwear” not long after. Colorful, repetitive stripes became synonymous with her name, as did the creative use of sequins and the use of words on clothing. For example, she had the word “Sensuous” knit into a sweater in 1971, which became a best seller for the brand.

It makes sense that clothing with words would sell well for Rykiel, as she was also an author, having penned upwards of 13 books. Her topics often focused on the trials and tribulations of being a woman, the importance of lovers, and of course, fashion. However, the major lasting impression from these writings, and her clothing designs, is that Rykiel was cultivating a form of female-friendly feminism.

For example, in 2010, Rykiel detailed her customer to Purple, saying: “The Rykiel woman is intelligent — but intelligent with a social fabric that she invents. She has to be intelligent. She has to read and write and be up to date on things, and see a lot of things.” According to Jean-Marc Loubier, the president and chief executive of Sonia Rykiel’s holding company, the late designer “did not consider pants a way for women to be equal with men but to afford equality to women who might not have beautiful legs.” Mind you, this was in the midst of the feminist revolution of the late ’60s and early ’70s. 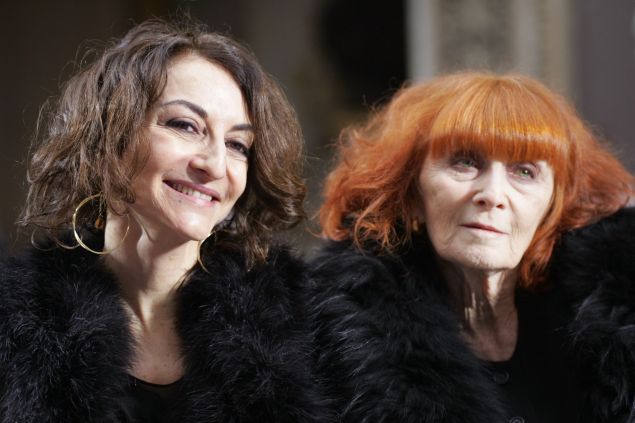 The Sonia Rykiel label was first opened in 1968 and it remained family owned for many decades to follow. In 2012, 80 percent of the business was purchased by the Hong Kong company, Fund Brands, but the rest remained in the possession of the Rykiel clan. The designer also kept her family involved in the business, as her daughter Nathalie Rykiel started modeling for the label in the ’70s and eventually became the artistic and managing director in 1995. Rykiel’s granddaughter, Lola Rykiel, is currently the label’s PR director.

Artistic director Julie Libran is now in charge of designing the forward-thinking designs for the Rykiel maison and thus far, she has done a stellar job of maintaining it’s forward-thinking, pro-female approach. Her collections, ripe with sequins, stripes and feminine touches, is a natural evolution of the female-centric ideals that Rykiel originally put out into the world. 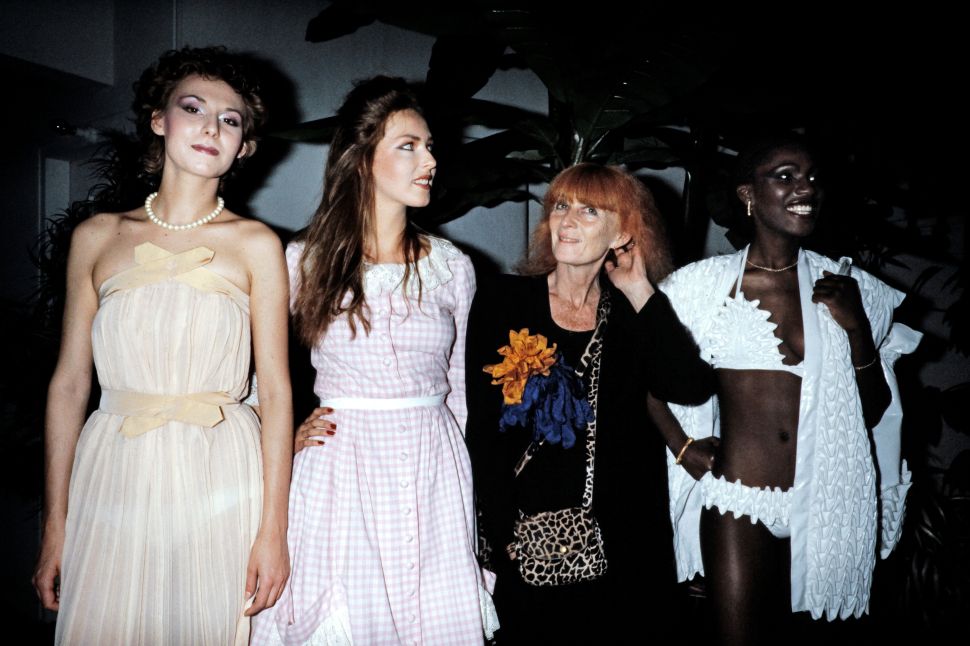