In 1996, after an unknown culprit drove a car over 30 saplings in a New York City park, the parks commissioner Henry Stern labeled such destruction “arbicide” and the city made the crime punishable by up to a year in prison. Today, however, our Parks Department presides over the slow slaughter of thousands of city-owned trees. This mass arbicide also occurs in many other cities.

Today, trees are being killed by means slower and subtler than driving over them, but just as lethal: Burying the bottoms of their trunks. The bottom of the trunk, where it flares out to join the roots, is the “root collar.” While the roots must of course be buried, the root collar has a different cellular structure that, when buried, can readily rot or get invaded by boring insects. When that happens, the tree gradually weakens and dies over a period of years. That is why the instructions for planting trees say never, ever plant them any deeper than they grew in the nursery and the Arbor Day Foundation’s website says “Keep the mulch from touching the trunk of the tree.”

Yet, in a fad that began about 15 years ago and has spread since, people cover the root collars of many street trees with so much soil or mulch that the bottom of their trunks look as straight as a utility pole. This often happens when building owners plant flowers. Adding flowers and a little mulch is fine, but not in a way that touches the root collar. Don’t, however, blame the building owners. They don’t know any better. They seek to embellish the trees, not kill them.

Blame the Parks Department. It claims “We’re growing a greener New York City . . . by planting and caring for street trees,” but the agency fails to protect the street trees, which it owns. To see why, on March 8, I filed a complaint with Parks that the owners of two building near my home had violated its regulations by recently burying the root collars of some street trees. After inspecting the trees, a forester wrote back agreeing and indicating that others at Parks would remove the excess soil from around the trees. That was on March 23. Since then, the city has scratched at the surface, but the root collars are still buried.

In the course of more than a dozen emails exchanged over these five months, the forester explained the lack of action by noting, “Unfortunately, we see this issue of extra soil piled against the tree trunk in thousands of tree pits all over the city.” That is precisely why I filed the complaint in the first place. Owners see that others do it and do the same, thinking it acceptable. That may be a reason not to levy fines, at least at first, but is a reason for Parks to educate. To do so, Parks could easily hang on these trees signs informing people of the danger to the trees unless their root collars are carefully uncovered. Because people value the trees, most will comply. The forester responded, “I will pass [your suggestions] on to my supervisor.” I have heard nothing back.

My suggestion is practical—except that it would require the department to shoulder well-deserved blame. It encouraged planting flowers around street trees, but without starkly warning that burying the root collars can kill trees.

Worse still, the parks department is itself killing trees in some city parks by slathering soil and mulch up against tree trunks. That’s the quick and easy way to eliminate weeds and plant flowers, making it seem for now that Parks is doing a good job. In making pretty, Parks kills trees.

Back in the early 1970s as a litigator with a then newly-founded environmental organization, the Natural Resources Defense Council, I dealt with crimes against nature by filing lawsuits. Here and now, however, the linchpin of the crime is a city department that talks green. The better, faster way to stop the mass arbicide is to point out that Parks chooses short-term popularity over the lives of the trees. By openly taking the blame it deserves, it would help save street trees across the country because burying their root collars is, according to arborists, the leading cause of their demise. 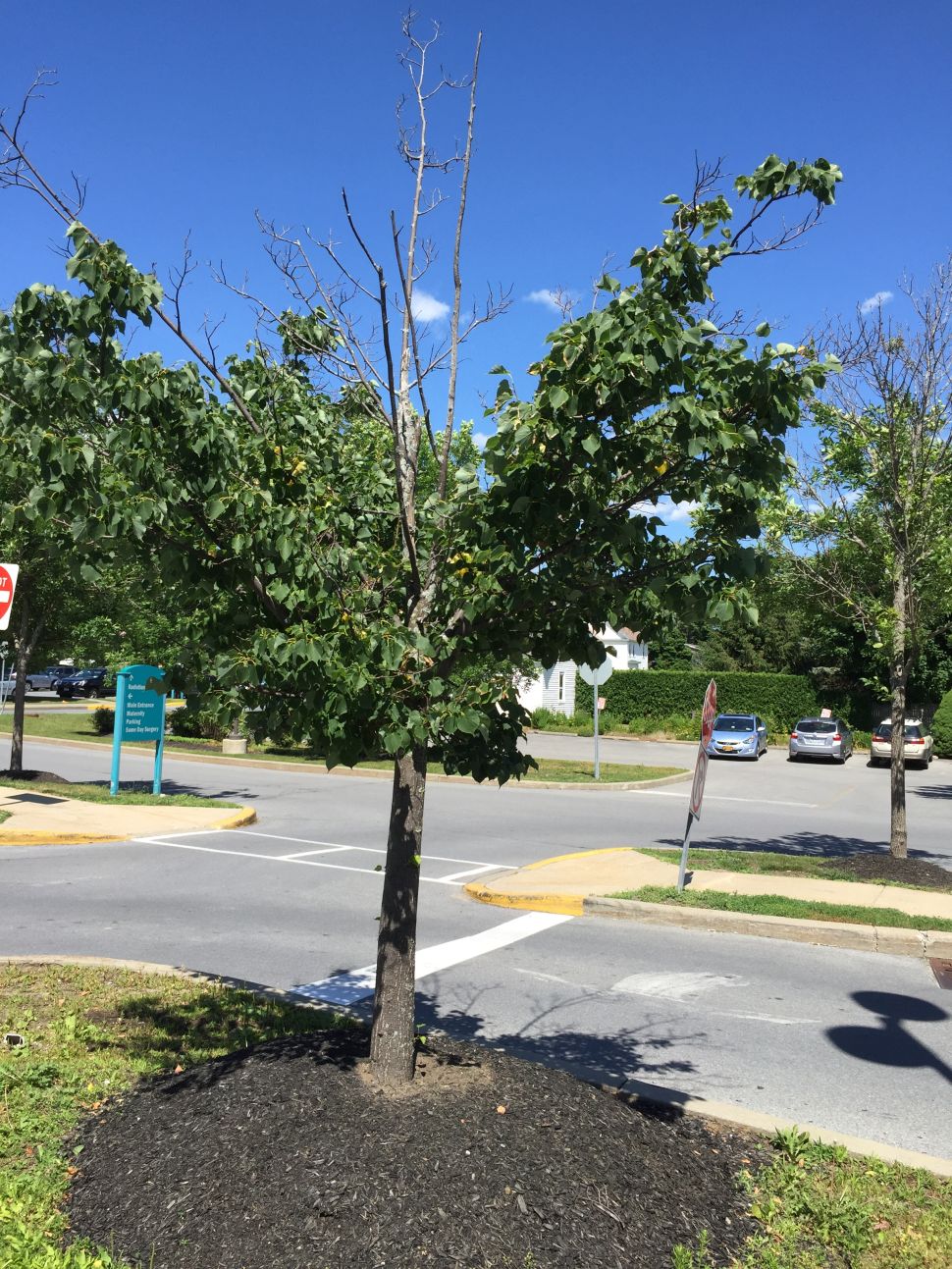